I found this recently and I thought it was really interesting. If you scroll down to resolution 3 & 4, I would love to get all your opinions on this. It seems that some are trying to add a 4th “basket” to the Tipitaka, essentially creating a theravada-mayahana canon, combining the the 2 canons. I think this is kinda cool, seeing as though you can get wisdom from pretty much anything, the whole “Dhamma in everything” idea.

That being said, I would just as rather keep it totally separate seeing as though the EBTs, to me, are really the only true texts. Honestly if it was up to me, I would remove the whole abhidhamma from the canon. What they should do is create 2 canons, one with just the EBTs concerned with the Buddha’s direct teachings, including the agama ones and whatever other early texts, and another, with everything else from other buddhist thinkers and later on including the mayahana texts. Then you could read one knowing you were only studying the early texts, and you could read the other if you’re just looking to gain some wisdom from wise people, although not necessarily from a proximity to the Buddha’s actually words like the EBTs offer. 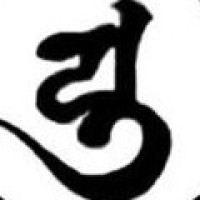 Oh boy, I wonder what will come out of this. I doubt most Theravadins around the world will accept whatever comes from this though.

That would be endless and gigantic

I think we are long past the point in history where any self-selected council can aspire to define “Buddhism” or its canon, and expect to be met with universalizing acclaim. The world no longer consists of a small literate elite on whom the illiterate masses depend for guidance. The community of Buddhists is too wide open. It’s possible for almost any Buddhist to read whatever they want on the internet, as well as the scholarly and secondary literature, and make up their own mind about what they read.

This man calls himself “Maitreya Buddha” and is just one of many eccentrics making inflated and unrealistic claims on the internet. There is nothing behind it all.

Haha I didn’t even see that, yeah that’s rough. So just out of curiosity then, will there be an actual 7th council eventually, that is to say, is there one planned?

No, nothing is planned.

The post-war years were a time of excitement for the Theravada Buddhist community. Colonialism was over. Nations were taking their destinies back in their own hands, and looking to a hopeful future. Under the leadership of U Nu, one of the 20th century’s great statesmen, Burma took a leading role on the world stage. In Sri Lanka, great lay scholars like Malalasekera complemented a generation of talented, educated, and erudite monks to place Theravada Buddhism on the world stage. Ambedkar was leading a revival of Buddhism in the homeland. It was at this hopeful time that the Buddha Jayanthi occurred, and they seized the opportunity to set the stage for a modern revival of Buddhism, including the Sixth Council, setting up the WFB, and so on.

Then Burma fell into the hands of a dictator, Sri Lanka slid into a devastating, pointless civil war, and nationalism triumphed. Thailand’s unprecedented economic growth generated a massive income for Buddhism, but it was siphoned away by corruption or squandered on geegaws; and now they’ve fallen under a dictatorship, too. And things aren’t looking up. We’ve been focusing on the horrifying genocide of the Rohingya. But the long term news is that climate change has already kicked in and rice yields and water levels are falling. The Theravada world is too focused on their local problems to think about any grander gestures.

This man calls himself “Maitreya Buddha” and is just one of many eccentrics making inflated and unrealistic claims on the internet. There is nothing behind it all.

That’s correct. He’s even giving out certificates of enlightenment! I thought that ‘only two members had paid their membership fees in the last two years’ was rather odd. It’s very wordy, and anything can look impressive on the web- however sadly the words make little sense and the wordiness , and neologisms can point to increased energy and excitement of a pathological kind. He wants to create a pureland on earth, which is again incompatible with the concept of dukkha, and even the Buddha didn’t try to do. There is much talk but little actual achievement. The grandiose claims, added to that also seem to point towards a manic presentation, in my estimate.

The actual Buddha had little to say and was known for his quietness and love of seclusion. He didn’t set up a social service organisation - he had practitioners set up a structure to practice and teach others- it was a teaching set-up. His teachings were consistent- no not-Self on one hand and universal Buddha on the other. His answer also wasn’t always an unthinking indiscriminate metta to all things presented to him. There was natural responsivity there. Oneness or unity with everyone wasn’t a feature of the teachings (though metta, which includes ‘tough love’, was). He discouraged association with ideas, people and possibly societies that would encourage the unwholesome (doesn’t mean disliking or discrimination). He was also hands on and practical. He wasn’t largely theoretical, though clearly theory has a role to play.

I think if a Mahayana practitioner wants to get to grips with the original teachings of the Buddha he should spend something like 5 years just on EBTs and when the core concepts are well established, explore the Mahayana sutras, again. Otherwise incompatible ideas will crest dissonance.

Man, that situation in Thailand is rough. The world in 30 years is going to be unrecognizable.