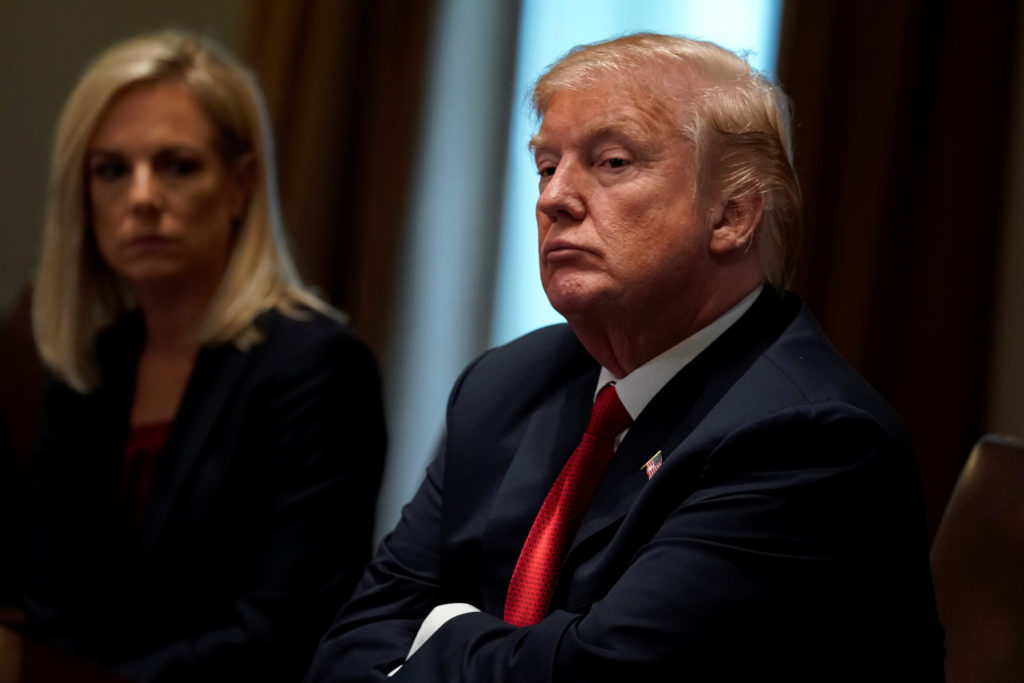 An estimated 9,000 Nepalese immigrants will have until June 24, 2019, to leave or find another way to stay in the country to allow for an orderly transition.

The Buddha was born in Nepal, and he looked like these law-abiding refugees who now face deportation. May they be happy and safe.

It is difficult to overstate the loathing the current president of my country the USA inspires in many Americans. The divisions among us seem deep and persistent despite public knowledge this decisiveness was deliberated cultivated internally and externally to our country. Unfortunately, all mamalian life is both threatened and suffering already, in diverse ways.

Perhaps this post can be helpful to many Buddhists and peace loving beings. As Buddhists, we learn craving/aversion are cause of suffering…

May all sentient beings have peace. May all achieve liberation from suffering.

It is difficult to overstate the loathing the current president of my country the USA inspires in many Americans.

I’m not sure if loathing is the right word. It’s up to the individual citizen to determine for themselves whether or not our current president follows basic standards of human decency, and then to act accordingly at the ballot-box.

@Kensho you remind me how much i loved our flavor of democracy and freedom of thought. i had not previously seen you as an american, hi

But some do loath, some do adore, open principled widespread divisions seem to exist as not often previously in this country’s history or experience. Or perhaps that is a west coast perspective =)

I am glad to read your post and thoughts.

edit: to clarify “loved”… sometimes i have felt recently i am a citizen of a country which no longer exists… and in some ways, only ever existed as a promisary note, but with great investment/payments by American heros and idealists. We always wanted to be better than we currently were, and tried to manifest that, it seemed. Not sure that view (yes, View) is persuasively supportable at this time…

The Napalese were admitted on the basis of “environmental disaster-related conditions”, which have been substantially relieved since the earthquake (3 years ago this month). They have more than a year now to go back or find another (legal) way to stay.

Some will vilify President Trump on any pretext – not unlike those on the other side of the political spectrum did to President Obama for eight years (and continuing).

While disagreeing with much of Trump’s agenda, and in particular his morals and treatment of others, the immigrant issues I find reasonable. My ancestors came to the USA going through regular channels. Making the case that any and all can come here just because they choose so has never been national policy. Nor is such the case in most countries, including close allies of the USA.

I don’t see that it’s an issue of Buddhist morality that is fit to be treated at any length on this forum. There are other “dhamma”-related forums where arbitrary political wrangling abounds, is even promoted by the administrators.

P.S. I know many Napalese people, who have settled in a near-by neighborhood and run a store I frequent. Very nice, gentle people. I would hope those who want to can find legal ways to remain.

I know many Napalese people, who have settled in a near-by neighborhood and run a store I frequent. Very nice, gentle people. I would hope those who want to can find legal ways to remain.

Yes, especially to the last sentence. Yes, an immigration issue legally. But concern for the law by this particular president seems to be quite selective, and partisan responsive or reactive.

"Some will vilify President Trump on any pretext – not unlike those on the other side of the political spectrum did to President Obama for eight years (and continuing)."
This in my opinion is a false equivalency, though superficially perhaps true. Some people will idolize Hitler, some will vilify Martin Luther King, some will vilify arahants. But this particular American president is under investigation for what is technically treason; his appointees, only some of whom have quit or been fired, are under investigation for corruption and blatant misuse of tax dollar funded resources, among other felony offenses.

Please do not say, well so were the this or that democrat. Because of course some have been, and some charged and convicted, etc. etc.

This particular president has tasked his appointees and legislative collaborators with dismantling many “things” not just “big government”, but established customs, courtesies, ability to provide legally mandated oversight, ability to implement laws without the bother of actually legislating their repeal or revision, respect for military service including loss of life or risk mitigation… Now, is he the first president to do some of these shinangians? No.

But he just might be {edit: become; “be” is sloppy language, easily taken as statement of fact rather than possibility, despite “might” preceding; i do not wish to incite, or poke anyone} the first to be criminally tried and convicted. That’s a legacy!

On the OP: is revoking the earthquake extension for visas legal. Not a lawyer, but i think, probably so, though if there was a way to screw that up, this particular administration might have done so. Is this {adding in edit for clarity: particular action} a moral issue? IMO probably not. Was i off topic? Probably; but are you off topic in response to me? IMO, somewhat so, and also somewhat… inciting.

Shall we drop partisanship, and unite in good wishes for all Nepalese, and all beings?

While disagreeing with much of Trump’s agenda, and in particular his morals and treatment of others, the immigrant issues I find reasonable.

There have been recent stories of immigrants receiving unreasonable enforcement, such as children being sent back to war-torn areas of Latin America without consideration for how their family members had already been killed or college professors being detained for overstaying their visas.

It was originally promised that only those who commit serious crimes would be prioritized by ICE, but instead they are going for the easiest targets. Let’s also not forget that the First Lady, who also happens to be white and wealthy rather than a poor member of a minority group, likely violated immigration law: 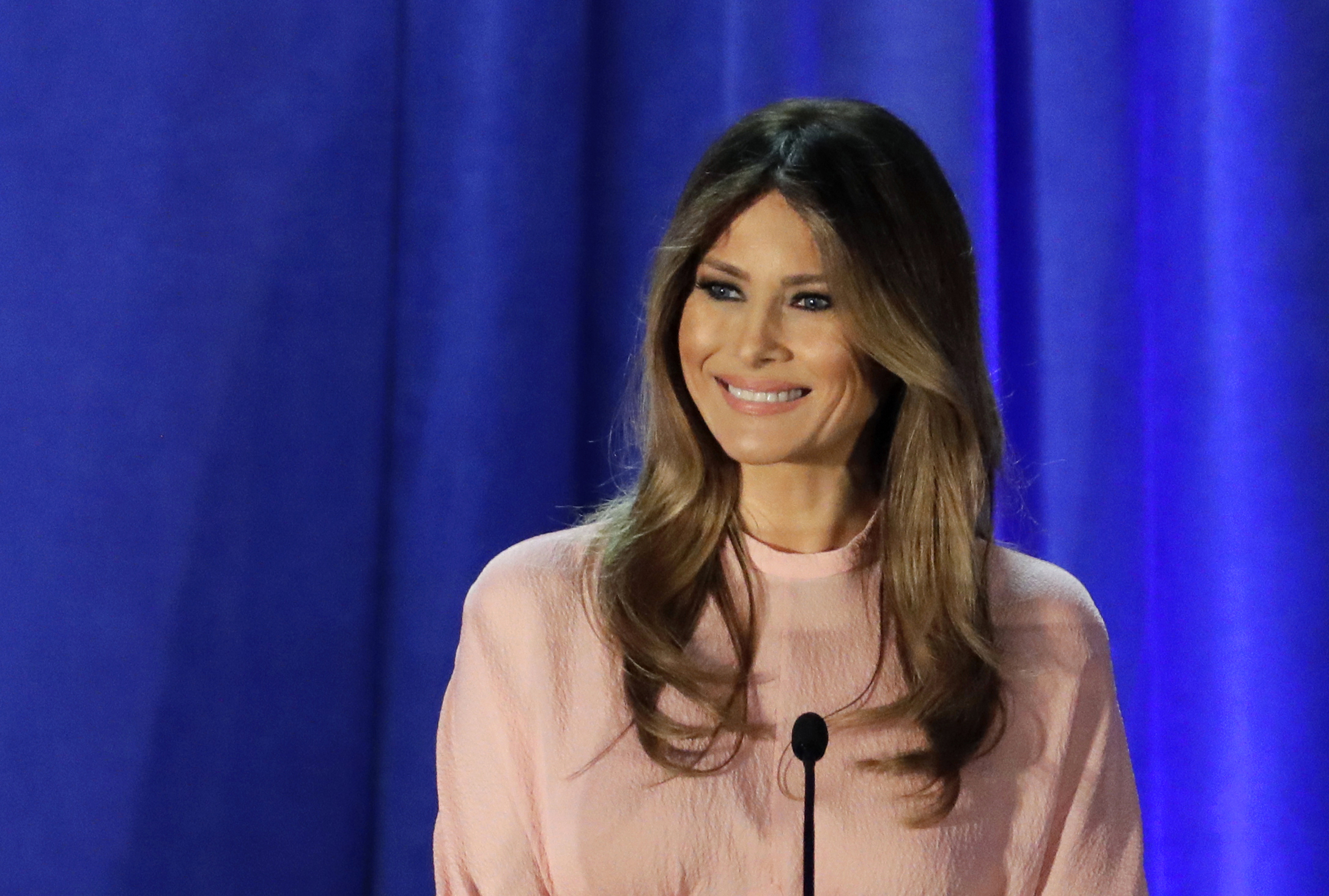 Melania Trump modeled in US prior to getting work visa

WASHINGTON (AP) — Melania Trump was paid for 10 modeling jobs in the United States worth $20,056 that occurred in the seven weeks before she had legal permission to work in the co

Since I’m not anti-immigrant, I don’t particularly care about her immigration status. It’s hypocrisy and selective enforcement that bothers me. Let’s also not forget that this is the same administration that wants to curb legal immigration as well: We look into key claims made in a debate between the White House aide and the CNN journalist.

In regard Nepalese refugees, if the Obama administration extended their stay in the United States, this seems like another Obama-era action rescinded just because Obama issued it, not because the presence of these Nepalese immigrants is posing any detriment to the country.

rescinded just because Obama issued it

@Mat actually, it was a campaign promise By Mr Trump, and one still actively monitored by his “base” supporters. The idea is not original to @Kensho, if you were referring to personal feelings one might have. 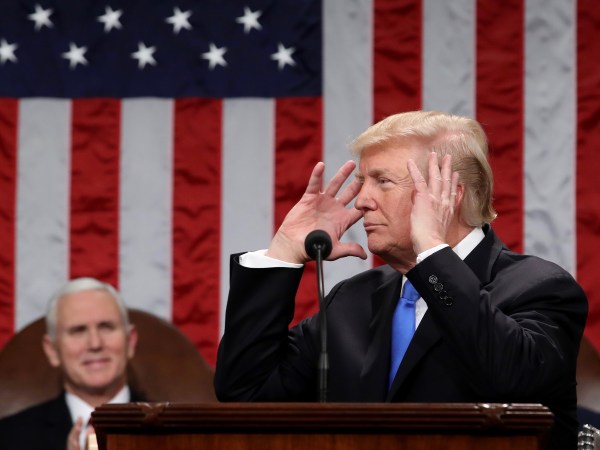 Is Trump Delivering On His Promises To Reverse Obama’s Policies?

A year into his term, President Trump has not yet completely dismantled President Barack Obama’s signature achievements, many of which Trump pledged to get rid …

The idea is not original to @Kensho, if you were referring to personal feelings one might have.

No didnt Kensho was Trump’s advisor on policy matters! Sorry if that wasn’t clear.

It may have been clear, but i could not follow the grammar… Could you perhaps rephrase?

I thought indiscriminately changing all of Obama’s policies, just because they were his, suggests loathing, rather than something which was good for the country.

Ah I think i understand that post … Some of his comments to media or via internet media seem to suggest he wishes he were still just a private citizen. To me, this suggests he is unhappy. May he be happy, may all beings be happy, and ultimately liberated.

This thread exemplifies how political views (and often “passions” – etymologically closely associated with terms relating to “suffering”) tend to carry on and on – “…yes but then there’s this or that additional “evidence” supporting my [this or that] position”. Observing how this works, I find, can be more useful than getting caught up in arguing one side or another.

The mind perceives a “meaning” in some statement, ie. according to the memories and associations triggered by it, and then contrives (sankhara) how to react, triggered by the conviction of one’s view, and perhaps an insecurity embedded in the attachment to that view.

Investigating with this kind of phenomenology, if you will, of such political discussion can be closer to the training processes the Buddha taught than the content of the particular issues involved. And this reminds of the “equanimity” of the 4th Brahmavihara – yes, there’s ample occasion for metta, karuna, mudita in obsering human affairs, but ultimately the kamma involved belongs to those swept up in it; is one’s own impulse to “change, to right the world out there” of higher priority than working on the stability and path-focus of one’s own mind in order to, among other things, avoid further contributing to the endless swirling in the flood of of samsara?

…is one’s own impulse to “change, to right the world out there” of higher priority than working on the stability and path-focus of one’s own mind in order to, among other things, avoid further contributing to the endless swirling in the flood of of samsara?

As I explained, it’s up to American voters to decide whether or not a current president or party is deserving to remain in power. The cyclical nature of American politics is, in certain ways, one of America’s strengths.