A bit of confusion for me on the exact definition of the 3 poisons, craving, clinging etc

When I learnt it all in English, I grouped greed together, which when I looked up the Pali words includes lobha, kāma-rāga, kāmatanhā, etc. So there’s a bit of confusion for me on what’s the 3 poisons.

The 3 three principles of demerit are: greed (lobha), hate (dosa), and delusion (moha).

Below is more of a copy and paste thing from my comments to a question on r/Buddhism.

Craving (tanhā) and attachments (upādāna) are part of the chains in dependent origination.

Desire may also be the translation for Chanda, and is commonly used as translation of tanha. For the tanhā/Chanda difference, do refer to the other post recently made. I shall focus on tanha here.

The 3 three principles of demerit are usually used as the root when evil, unwholesome Kammas are made. So whatever actions by body, speech or mind which has it’s root motivation from greed, hatred or delusion are unwholesome Kammas.

Pause a bit here. I shall copy and paste some of the Pali words used here from Pali dictionary. I realized that the issue is not completely crystal clear for me now.

Ok, so rāga seems to be the more flexible terminology which can covers a lot of ground.

Lobha is equal to Kāma rāga in being eradicated by the non returner.

The first one can also be equated with Kāma raga above as well as lobha as the fetter eradicated by a non returner.

The second one is rāga for form and formless realms too. As well as general wanting to become someone or preserve the self eternally.

Vibhava tanhā is more related to dosa (hated) and it is based on wrong view of no rebirth which drives suicide.

It seems that the stream winner would had eradicated the last 3, for having purified their view. And the first one is eradicated by the non returner.

A bit of a bummer is that the 3 poisons is defined sometimes using raga instead of lobha/Kāma (something). So moha, rāga (or lobha), dosa

Given the loose usage of rāga as seen in the 10 fetters,

There can be some way of saying that the non returner had eradicated 2 of the 3 poisons (if we use lobha), or not (if we use rāga). I shall use the neater version of lobha.

Anyway, so long story short, if you skip the above, just see the below for summary and analysis.

The tanhā/craving can be craving for non becoming which involves hated (dosa). So craving is more general than lobha/greed of the 3 poisons. Craving can even be for the form or formless realms, not limited to the sensual realms (kāma) like lobha (greed) is.

So when greed is eradicated by the non returner, there still is craving there.

Difference between craving (tanhā) and clinging (upādāna) is like liking and grasping. Craving reaches out, clinging holds onto the object. Eg. For say vegan ice cream. Reminded of the nice taste of it on a hot day, I may crave to want some vegan ice cream. If I make it a habit to eat vegan ice cream everyday and enjoy it so much that I cling onto it as part of my identity, that is clinging/attachments. As if I am nothing without daily vegan ice cream. Worse suffering when not getting it compared to craving.

It seems like all 4 clingings are abandoned by a non returner?

What’s the Pali for the English word poison in this context? I’m not familiar with that usage.

What’s the Pali for the English word poison in this context? I’m not familiar with that usage

It’s akusala-mūla in Pāli. It turned into triviṣa at some point in later Indian Buddhism: 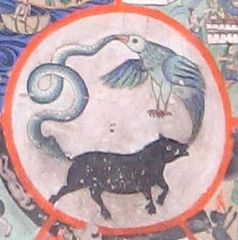 The three poisons (Sanskrit: triviṣa; Tibetan: dug gsum) or the three unwholesome roots (Sanskrit: akuśala-mūla; Pāli: akusala-mūla), in Buddhism, refer to the three root kleshas: Moha (delusion, confusion), Raga (greed, sensual attachment), and Dvesha (aversion, hate). These three poisons are considered to be three afflictions or character flaws innate in a being, the root of Taṇhā (craving), and thus in part the cause of Dukkha (suffering, pain, unsatisfactoriness) and rebirths. The three pois...