A city filled with mustard seeds

Suppose there was an iron city, a league long, a league wide, and a league high, full of mustard seeds pressed into balls (Ven. Sujato translation).
SN15.6

So, there is no buildings inside the city(?).

Therefore the city (inside the cubic league) is completely filled with mustard seeds(?) is called guḷikābaddhaṃ (cuṇṇikābaddhaṃ).

The sinhala translations of Buddha Jayanthi Thripitaka and A. P. Soyza says the city is filled with seeds until it forms a pinnacle of seeds.
Like this; 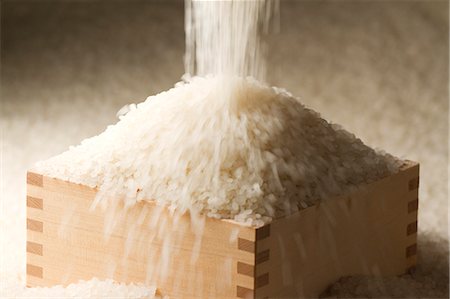 Which one is correct? Why did you translate guḷikābaddhaṃ to “pressed into balls”?

Culinary techniques can travel and last a long time. While I found no suggestions in a rather superficial search on “mustard balls” of regional contemporaneous use, it might actually refer to an ancient technique because mustard balls (made from paste with horseradish, vinegar, honey or mashed raisins) actually are preserved and last longer than mustard seeds.

Originally the mustard was prepared by grinding the mustard seeds into mustard flour, combining this with finely-grated horseradish (and sometimes herbs and spices), then forming the mixture into balls which were then dried to aid preservation. The mustard balls would then be transported and sold in this form. To use the balls they would be broken apart then mixed with a liquid such as water, vinegar, wine, ale, beer, cider or fruit juice to soften them and mixed to a thick, creamy consistency. ...

it might actually refer to an ancient technique because mustard balls

I am afraid this is not the case here. It is not possible to pick seeds one by one when they are pressed into balls. (?)

I have never actually met a mustard ball, so I don’t know if seeds are utterly eradicated in the process. Your reasoning sounds reasonable.