Thanks Bhante. My regular email is [this entry has been removed by staff]

Well done, Michael. I hope there will be relief soon to the suffering people in this area!

I spent a good part of the day at the Makro, and bought about 400 kg of good quality rice, canisters of soybean oil (palm oil is cheaper and more plentiful, but no way!), iodized salt, fish sauce, school supplies, A4 paper, and am getting ready to truck it all up to Wieng Haeng in the early morning. Free Bird Cafe donated a whiteboard and more clothing, as it is getting chilly in the north at night.

Regrettably, dried beans for more protein are just not sold in bulk here in Thailand, at least not at the Makro or Tesco. I need to find a supplier of dried bulk pulses, beans etc so that there is a higher protein element in the KJ diet.

Thanks to all for your support, emotional and otherwise. 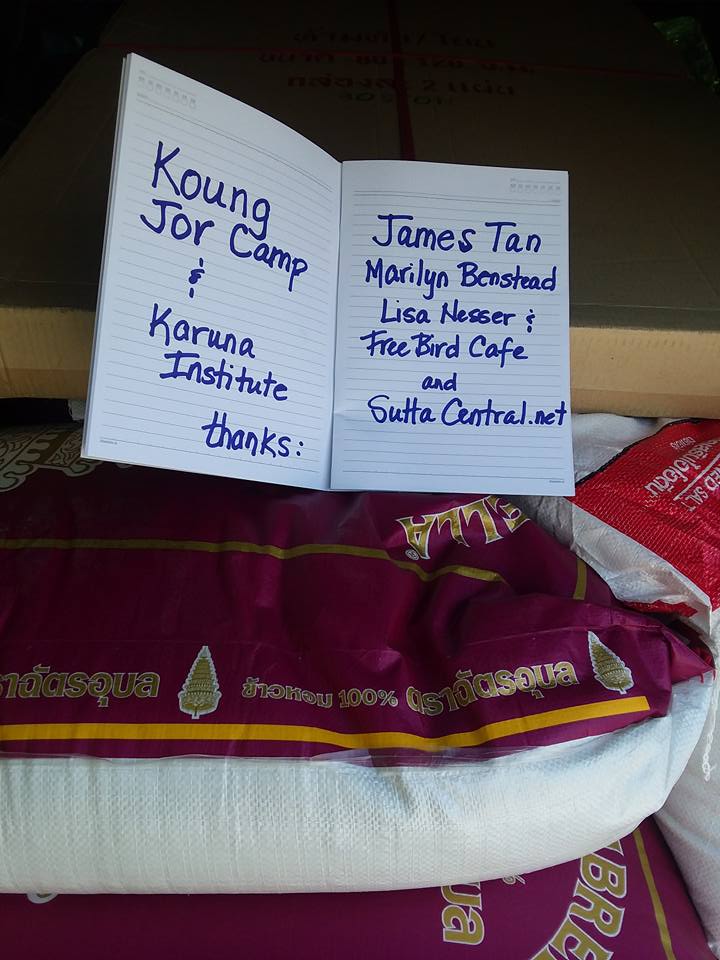 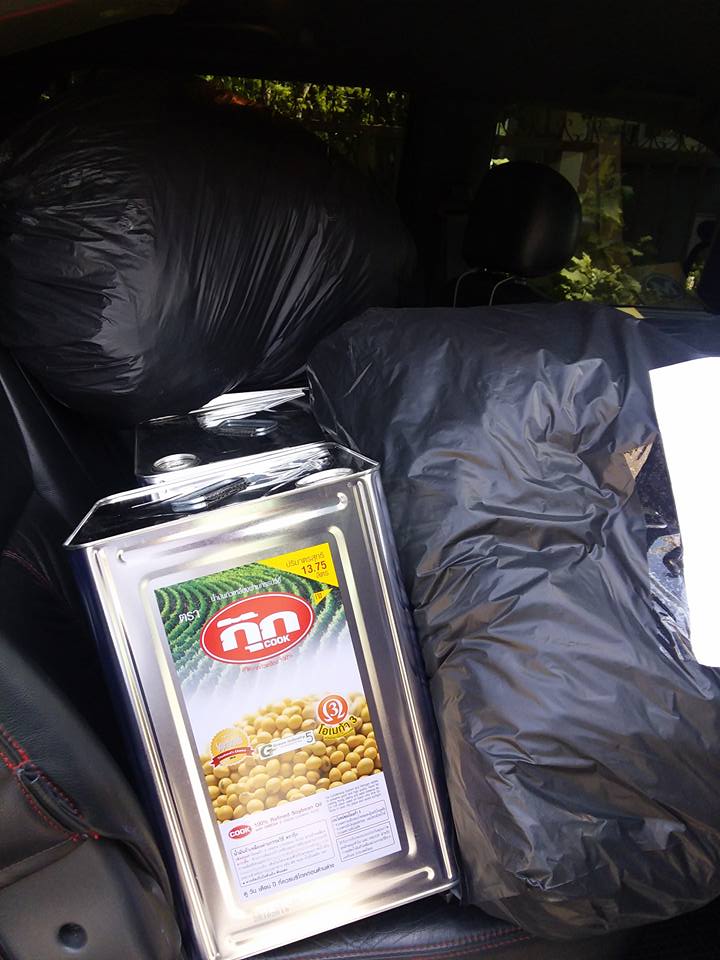 Do they know how to cook beans? Regular Thais don’t, not really, and they leave them half-crunchy. I’m not sure how nutritious that would be.

A good point, Bhante. I’m trying to figure out a way to get some more nutrients into the kids’ diets. One idea was akin to the “Plumpy Nut” that has been used around the world as a dense, high nutrient peanut based supplement. I couldn’t find anything towork with out of the massive Makro in Chiang Mai…lots of carbs, very little protein other than animal meats. The other idea, and I think it came from BGR, was to teach some cultures to grow pulses and learn how to prepare them. I may learn more tomorrow at Koung Jor. Right now, they’re mainly worried about getting forced back into Shan State, where the Tatmadaw and Wa armies are waiting for them.

Sorry for my late reply. Access to the internet during the past two weeks was irregular.

Problems about refugees seeking shelters in Thailand have been ongoing. From what I’ve heard, there are several factors involved. One of the things that Thai officials told me was that ‘rich developped’ countries usually urge or demand that Thailand be humanitarian and look after those people in distress, but a few of them lend a hand in the actual assistance. Some do, but not enough. Thailand is not a rich country but has been looking after hundreds of thousands of refugees for decades — something that foreigners are not aware of.

On the other hand, immoral officials have exploited the situations for their own interest.

And as Bhante has mentioned — our late King Rama IX did his very best to help people, not only Thai citizens but also those who come to our country for help. We miss him terribly.

@AnagarikaMichael, please email me what I can do to help.

Hey @AnagarikaMichael
What about just plain peanuts? May be easier to source in thailand rather than dried legumes. You can even boil them like beans, Chinese style! Peanuts have way more fat than beans, about the same protein and much less carbs. If the children are malnourished, you’ll need to make sure they have sufficient carbs with them as well, like rice.
If I can help with dietetic advise just PM!
Could ducks or chickens survive there?

@AnagarikaMichael - just for the record, I have removed your email address from your message. If somebody wants to know it, please let them PM you instead of having it on the main thread.

Thank you so much for the great work you are doing!

If I can help with dietetic advise just PM!

Could ducks or chickens survive there?

Thanks, Cara,and yes, I’ll consult with you on advice about supplementation for the kids’ diets.

Chickens are everywhere in Thailand. Even middle class homes in Chiang Mai seem to have a few running around in the gated yards. One issue with refugee camps is that space is limited and controlled. I want to see at Koung Jor if there is room for any small gardens and space for chickens.

When I was in Fang a few years ago at a small Shan camp, and noticed there were plots of land going unused. I asked the headman why gardens couldn’t be employed to grow veggies to supplement the diets of the families there (most all of the adolescents and adults working in orange fields for a pittance per day). He said the landowner (same as the citrus grove owner) wouldn’t allow them to draw water from the ground for a garden. The greed and exploitation there by these citrus growers there was shocking.

I promise I won’t keep posting my travelogues…

I met with Khun Sai Leng (far right) at Koung Jor yesterday, who is the Koung Jor headman and now the Chair of the Shan State Refugee Committee-Thailand/Myanmar.

We talked for a long while, discussing politics, war, Shan State’s past and future, China’s involvement in Myanmar, etc. One story I wanted to share here is this: when Koung Jor was first set up about 15 years ago, Sai Leng was asked by some international visitors to the camp what he needed most. Sai Leng told them that more than food, they needed a Buddha image for the makeshift vihan/meditation-chanting-teaching hall that they had constructed. The Shan are generally devout Buddhists, and, unlike many Karen and other Hill Tribes, have not been converted to Christianity.

Today, the vihan is a nicely constructed cement building (most all of the homes in the village are made of non-permanent materials (bamboo and grasses , by law). Yesterday, the Shan kids had a morning Dhamma class and 10 minutes of meditation. Koung Jor actually sits on land owned by an old Buddhist wat, and the monks were the ones that originally opened their hearts and lands to the Shan fleeing across the Thai-Burma border to safety in Thailand. The younger men in the camp, inspired by Sai Leng’s leadership, have learned English, and actually teach the Thai novice monks English. 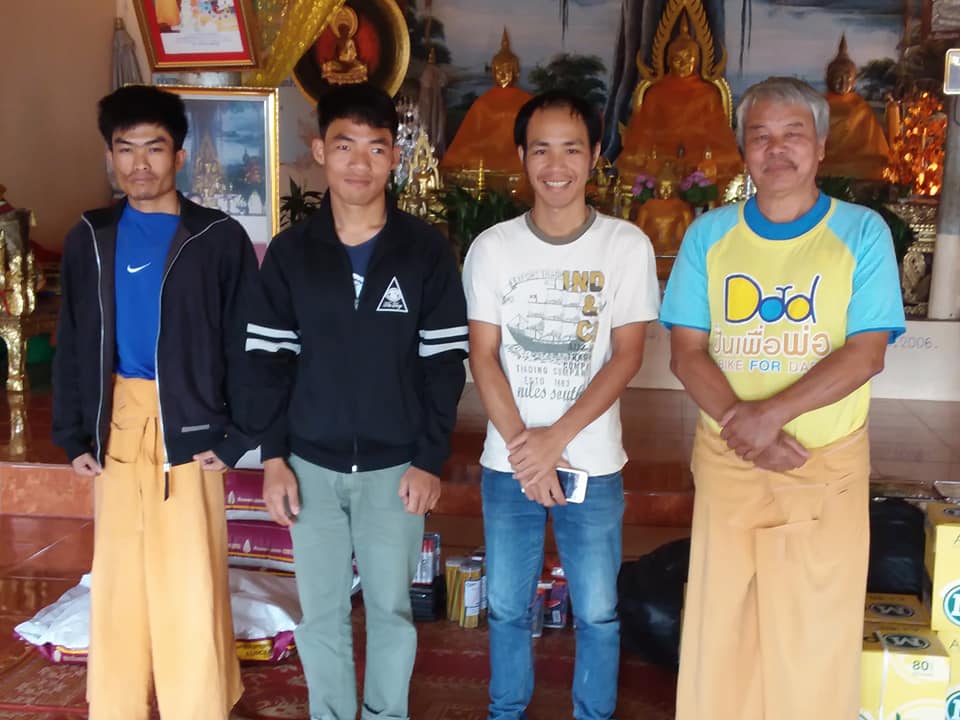 I am fairly confident that I speak on behalf of most people here when I amend your first line:

I promise I won’t will keep posting my travelogues…

This is a really beautiful and inspiring light on a side of Buddhism that is so rarely seen.

Thanks, Bhante. Credit to all at Sutta Central D&D for igniting a fire for Dhamma and allowing all of us to see and feel the inspiration of the Buddha and his powerful teachings and directions for a purposeful life. Credit to monastics like Vens. Brahm, Sujato, Brahmali for being global game changers and really making a big difference in the lives of others. ; to Bhikkhu Bodhi and BGR…the gold standard; Ayya Yeshe and her passionate and selfless work in India, Ayya Vimala and the amazing Tilorien, and altruism guru (in a good way) Ven. Matthieu Ricard…all who set an example of what it means to get up off the cushion and really put Dhamma into action.

What I’m doing is a drop in the bucket. I love doing this; I love being in Thailand and doing this stuff. I meet such lovely people. I’m selfish in this regard. As they say, 90 percent of life is just showing up, and maybe in some small way people can see how great it feels to just show up and do something, large or small, to help others that really need help.

Additions to the English section of the wat Pa Tham Wua library. Also included were some materials from Bhikkhu Bodhi and Ven Walpola Rahula. Next trip there I will bring more