A misidentification in Tricycle

Tricycle recently published an article by Wendy Biddlecombe Agsar on the life of Nai Boonman, Thai lay meditation teacher and co-founder of the UK’s Samatha Trust.

On the whole it’s quite an interesting article, but there is one glaring historical error in it. The author relates that one of Nai Boonman’s early students was a Cambridge undergrad called Peter Betts, the future Ajahn Brahmavamso. This is correct, I believe, but she then continues:

Among Ajahn Brahm’s many accomplishments was a 2009 ceremony in which he and Ajahn Sumedho ordained four women monastics as bhikkhunis, allowing women equal status and giving them the ability to ordain fellow women monastics. (The mainstream sangha does not share the two monks’ views and does not recognize full ordination for women; both monks were excommunicated from the Wat Pa Pong sangha.)

Not being a Tricycle subscriber I couldn’t post a correction in the readers’ comments. If anyone here does subscribe to it (or has Ms Agsar’s contact details) perhaps they would consider doing so. 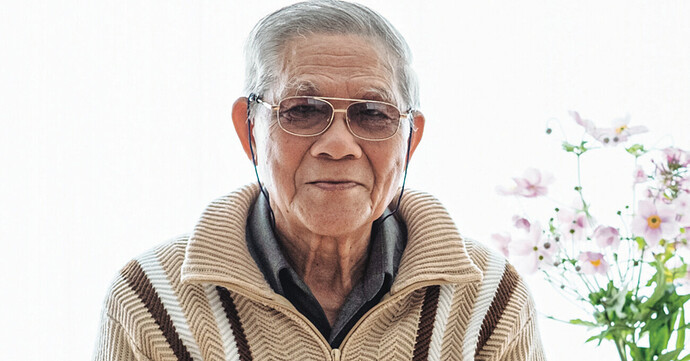 The mid-20th century Theravada reforms favored vipassana (insight) over samatha (concentration) and the altered mind-state of the jhanas associated with it. What the sangha didn’t know was that six thousand miles away, a hitchhiking ex-monk, reformed...

Among Ajahn Brahm’s many accomplishments was a 2009 ceremony in which he and Ajahn Sumedho ordained four women monastics as bhikkhunis, allowing women equal status and giving them the ability to ordain fellow women monastics. (The mainstream sangha does not share the two monks’ views and does not recognize full ordination for women; both monks were excommunicated from the Wat Pa Pong sangha.)

LOL I quite like this revision of history. Imagine the way things would have played out!?

Thanks. I’ve sent them an email.

Apart from the Sumedho thing, it’s an excellent article, and a great bit of unearthed history.

It’s so interesting to see in one lifetime the growth from black magic and gangsterism, to practice of jhanas. Also to see the political context that has created the different schools of meditation; in particular, to see the association of samatha with superstition. Also, it’s interesting that he disrobed to get a visa because of the Thai Sangha administration’s rigidity. So often, they try to control the worst and end up only hurting the best.

For those unfamiliar with Thai, there’s a minor issue near the end of the article.

Ajahn is a respectful term for a teacher, and is regularly used by anyone, including monks, of lay teachers, such as university professors and the like. It’s got nothing to do with the “Thai Forest tradition”, nor is it generally used on its own to address monks. Senior monks are, rather, addressed as phra ajahn or tan ajahn, where the additional honorific specifies that they are monks.

Please excuse my ignorance, but what’s the error in that passage? Did Ajahn Brahm do this bhikkhuni ordination alone or not at all?

The errors are that Ajahn Sumedho wasn’t a participant in the ordination and wasn’t expelled from the Wat Nong Pa Phong group of monasteries.

Starting in the mid-20th century, the Thai sangha began favoring vipassana (insight) over samatha (concentration) practice, which is used to access the jhanas. Even legendary masters like Ajahn Chah (1918–1992) were careful not to call “jhanas” by their name.

This is interesting. I just know that this also happen in Thailand. Is there any readings about this particular topic?

It’s covered in one of Stanley Tambiah’s three anthropological studies of Thai Buddhism, though I can’t recall which one. I suspect it’s the second.

I suspect it’s the second.

It’s actually the second and third.

In the second, see chapter 12 on the three Sangha Acts. That describes the political background and introduces the key players. 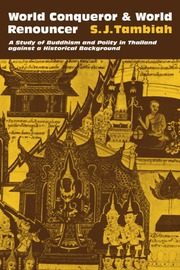 And in the third see chapter 12 on the Mahanikaya’s promotion of Mahasi meditation for laypeople. 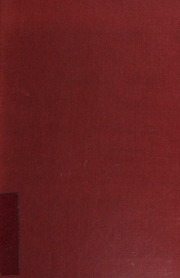 The Buddhist saints of the forest and the cult of amulets : a study in...

Also any other references in the book to Somdet Phra Phimolatham, the highly ambitious abbot of Wat Mahadhatu who for a long time was in charge of which Mahanikaya monks would be granted passports to act as dhammadūta monks abroad.

Thank you for the precise chapter @Dhammanando