A test: How good of a Buddhist are you?

I must be the worst, I can’t even see the video! It is not allowed in my country.

@felipe @Linda thank you for the alert, now i’m going to be one bad Buddhist circumventing restrictions, please use the external link in the original post

it’s surprising that YT blocks it for the Western countries and US in particular (or maybe it’s only for the Americas), i’d expect it to be the other way around

Thanks for the alternate suggestion @LXNDR but it won’t play properly for me. The video is stuck in samsara. Time moves forward but the shot on the screen stays the same, hmmmmm

No problem here in New Zealand…

That second link worked fine for me!

I like it that as Buddhists we can see this things and have some fun with it, not just go in defence mode right away.

The clip was actually very good

Humour is so vital 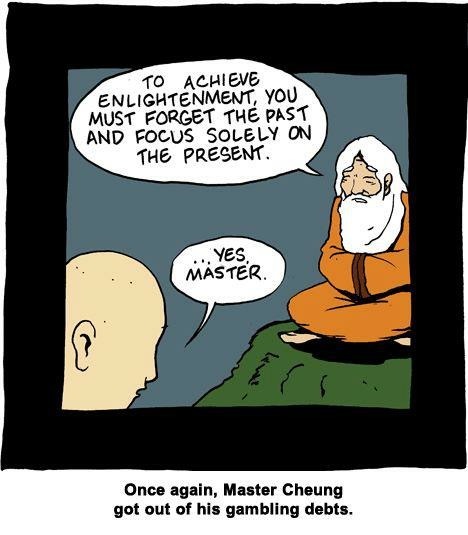 The results are truly in the mind. All experiences in life can be your teachers if you reflect on it wisely.

Removing this video would raise the quality of discussion.

Because the Lord was polite and encouraged politeness in others.

our conversation thus far has been polite