About panchashila practice and sexual misconduct

But about sexual misconduct I am not sure as in this modern era two people with there mutual consent do sexual act how this is wrong. Two prostitute, two porn stars, two individuals who use dating app . Are they really wrong. Like just doing that act how one deprived to hell or bad destination… we can understand rape , sexual abuse, molestation is wrong. But all of this must not be considered under one defination as sexual misconduct… if prostitution is wrong then marrying more then one women is also wrong but buddha didn’t forbidden from marring multiple women’s…
although he considered every type of sexual can lead to increase in list , shameless behaviour.

But what if one follow other Sheels but only in case of sexual misconduct hiz behaviour is more like modern practice of sex. is there chance that he to face wrong results of this deeds??

In my opinion the 3rd precept prevents the most overt sexual misconduct, while the other 4 precepts combined ( especially the 4th precept ) eliminates many of the other types of hurtful behaviors.

In precepts of sexuality, as with all the precepts, the precept itself is not meant to cover everything. It’s a handy little principle, easy to remember, that deals with some of the more obvious cases.

If the essence of the precept is about non-betrayal and proper consent, then is any sex at all outside of that “okay”? Well, it’s not breaking the precept. That doesn’t mean it’s a good idea. The Buddha praised moderation. But in these areas it is difficult to make black-and-white rulings.

Just to pick one example that you mention, prostitution. Now, this was of course well known in the Buddha’s day, and he never really criticized it at all, or the women whose profession it was (I’m not aware of any sex workers from that time who were not women, although of course it’s likely there were). Obviously it is all about attachment and desire and so on, but the point is he didn’t make any special point of criticizing the profession.

Sex work is complicated. A lot of it ends up being about offering emotional support. Sex workers are often lowkey therapists.

There are a lot of men who are frustrated and angry; I am thinking of the incel movement. They whine and complain about how no woman will ever have them, and it curdles into a toxic fever of self-loathing, which not infrequently erupts into misogynistic violence. But involuntary celibacy is a solved problem: there are plenty of women who would be happy to show them a good time for a reasonable fee. I would unhesitatingly recommend that such men visit a sex worker rather than let their frustration turn into misogyny. Is that going to solve the problem? No, but it might help some of them. At least they’ll spend some time with a woman and not just rant about them online.

I assume there are probably people who have been involved in sex work in one way or another reading this thread. How’s it going? I hope you’re well!

Sex work is part of life, and it was treated with more respect and acceptance in the Buddha’s India than it is in today’s supposedly enlightened times. If you are involved in sex work, then just don’t let it define you. It’s not who you are, it’s something that you do. Don’t let them take away your dignity.

Hi @Mrunal
Thanks for trusting this forum with your sexuality. There’s lots of LGBT Buddhists on the forum and many Buddhists generally are LGBT. Firstly being gay is not sexual misconduct so please be very clear about that in your mind. Secondly you are not alone! And you are fine just as you are, deserving of dignity and love.

It’s sometimes hard for people outside of India to understand the difficulties our queer siblings face, due to discrimination, social hostility and huge parental pressure to marry. I’ve heard some terrible stories including things like police brutality, violence, and horror stories in families where people who leave home to live with their partners or to have freedom end up with trouble from parents who do crazy things like accuse them of a crime to the police to force them back home so the parents can get them married!

A real difficulty arises when Indian queer people are forced into marriages they don’t want and then they feel trapped by social pressure because it’s difficult or impossible for them to be true to their sexuality in a marriage, so they look outside of it. I don’t think any people who have never been in such a position are qualified to judge this type of situation. It must be very hard for all parties.

If you’re experiencing a lot of distress and sadness about these issues the best thing would be to connect with local LGBT organisations, to seek friendship and support. These connections are essential to having a healthy relationship with yourself and allows you to meet others going through similar things. You can try googling support organisations in your language and area.

One other thing you might be interested in is Rainbodhi LGBTQIA+ Buddhist Community, which is an international collective of queer Buddhists. This group dies not offer individual counseling or anything like that just a general support to let folks know that they are cared for and belong in Buddhism.

You can watch a short talk I did for Rainbodhi about Love Lust and Loneliness here:

Another friend write a book about a Sri Lankan man who was forced into a marriage. The book uses quotes from the dhammpada as chapter headings and is very sensitive, as well as critical of those who claim the moral high ground judging others for their sexuality but whose ethical conduct is greatly lacking and whose homophobia drives them to do a lot of bad kamma when it would have been much better all round just letting people be queer. You can see an article about it here with the author’s email at bottom. I’m sure she would be happy to send you an e-book version if you wanted. 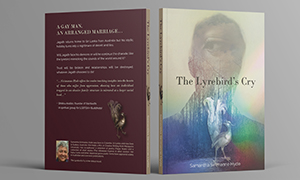 So wonderfully put Bhante. Thank you for taking the time to write this.