Anyone know what 'Faring On' means?

Yes, it’s a mysterious context. The word is caraṇa, just meaning “conduct, journey” etc. Exactly what the meaning is in this context would depend on what kind of picture it is.

You often find murals or montages that illustrate various kinds of deeds and results, which makes the rendering “conduct” seem reasonable. 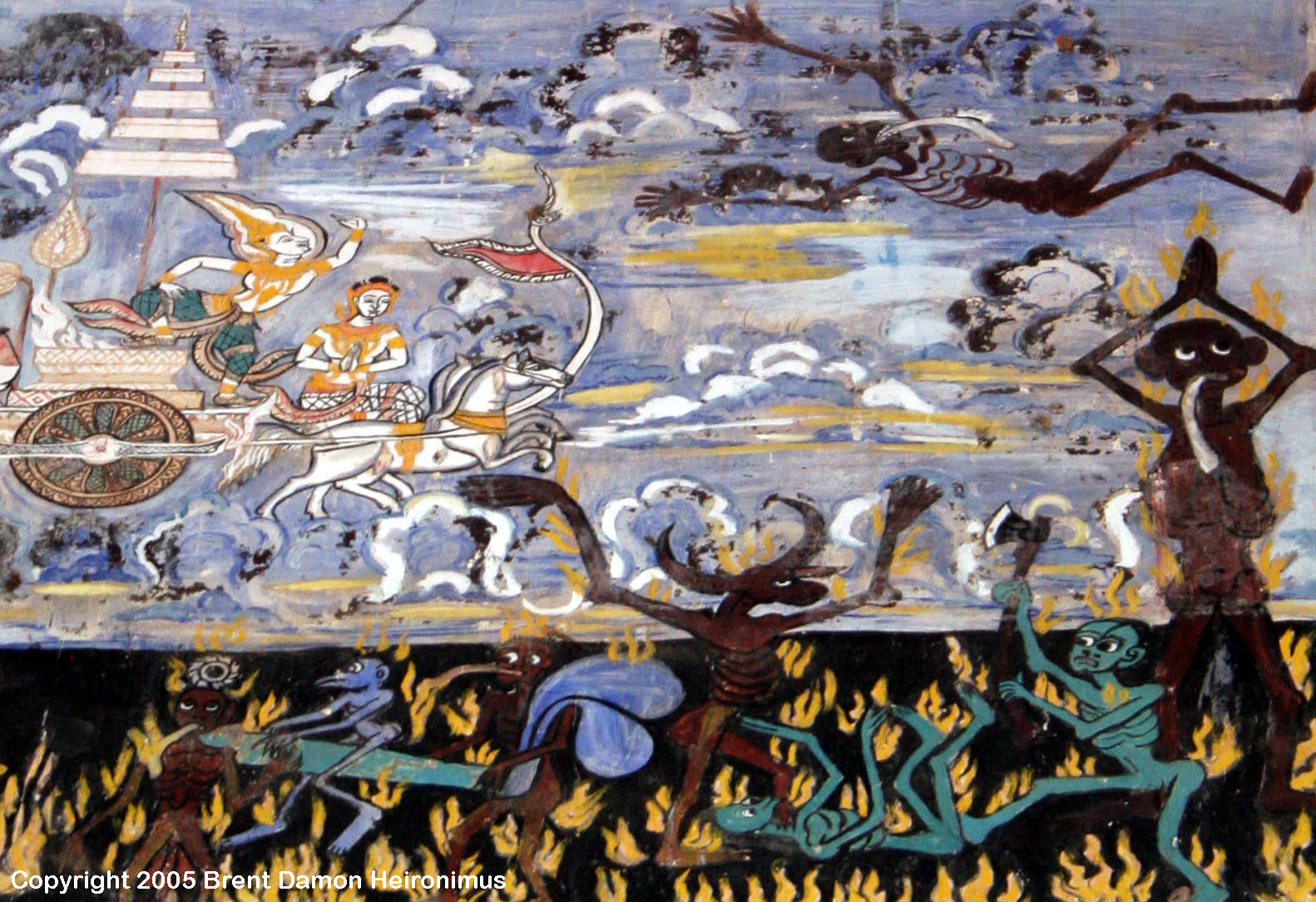 On the other hand, it may have been some kind of illustrated hero’s quest or something of the sort, in which case “Journey” might be better. For example, think of the many illustrated Jataka tales, where the episodes in the story are set out, and meant to be accompanied by a narration. In this case, the sense would be basically the same as “Pilgrim’s Progress”. Here’s the Nimi Jataka. 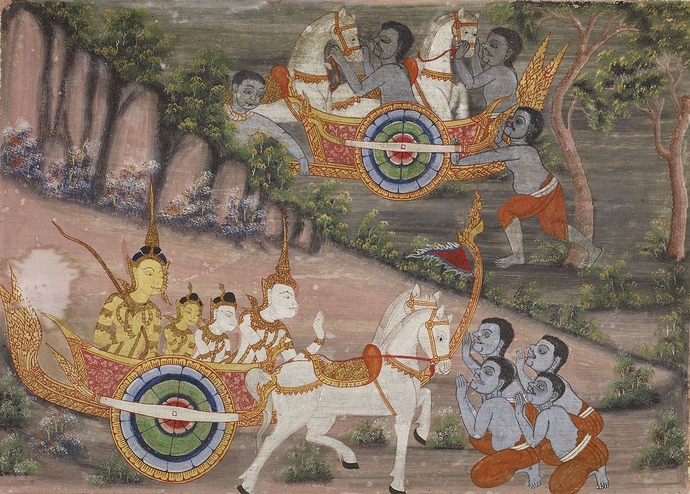 IIRC, the commentary says it was the former, hence the translation.

I misread the subject like a 10 year old obsessed with fart jokes.

Then sañña was off and running and I couldn’t figure out how this related to conduct or Bhante’s picture.

It’s hard for me to imagine that a mural or picture during the Buddha’s time was given a title like “the journey” or “conduct”. I think titles are a more recent development.
But perhaps it was just something informal, a name that just came about. I wonder if it was in a monastery? Fascinating…

Yes these glimpses of the cultural life of this time are fascinating.

It makes me think to the references about the ‘Aṭṭhaka’ and ‘Pārāyana’ in some suttas… imagine if these texts were now lost and we would have only these names being cited in some suttas. We would be wondering what they could possibly talk about! We are so lucky to know what they actually are.

Regarding the ‘Faring on’ picture, maybe a monk with spiritual powers should ask a deity that lived at that time and would remember…!

The parallel to this sutta in the agamas references a bird instead of a picture:

“Have you seen the variegated and different colours of a caraṇa bird?”

The version in the agamas seems much more sutta like to me as so many similes use nature as a model. Interesting also that the bird is a carana bird. Seems like something got mixed up somewhere.

Well that makes a lot more sense, especially with reference to ‘diversity in the animal realm’ in the next part.