Are monks allowed to travel by modern vehicles?

One of the minor rule in Vinaya prohibit monks (who are not sick) from travelling by vehicles. The vehicle is defined as something dragged by animals or human beings.

As I have heard, this was discussed during the Sixth council and monks have decided that it is allowed saying that modern vehicles are machines and can be categorized as Land-ships. Only the vehicles dragged by beings are not allowed.

They have mentioned that there are three types of ships called Water-ships, Land-ships and Air-ships. Since the Water-ship is allowed by Vinaya, Land-ship can also be allowed.

But a few monks had said that modern vehicles are also not allowed. According to them any kind of Land vehicle can not be categorized as a ship.

What could be the Buddhas intention in that minor rule?

Well, I look forward to hearing others’ thoughts on this, but the take I’ve heard on the rule was that in ancient India, only the very wealthy could afford a carriage, so it was forbidden to monks on those grounds (with an exception for ill health). An analogue today might be chartering a private helicopter: probably inappropriate for a monk to use every day, but if you have a medical emergency that requires it and someone offers, then that’s understandable.

If that’s indeed the logic behind the rule, then I would think it totally appropriate for monks today to e.g. take the bus, as this is now a common form of transportation among the poor.

I think it would fun for old fashioned sailing “water-ships” to be chartered for monastics wishing to cross the ocean. Would definitely make the news! Like Greta!

How about hot air balloons ?

IIRC, the rule was established because some bad monks, used vehicle pulled by animal or (female) slaves.
This was criticized, because that is the behavior of the rich, also it exploits other living beings.

“You should not travel in a vehicle. If you do, you commit an offense of wrong conduct.”

The group of six, is the infamous group of bad monks who caused all sort of rules to be established.

Based on the origin of the rule, vehicle can be used if it is not unreasonably luxurious, and not exploiting other living beings. The rule already has precedent of being relaxed.

Soon afterwards a monk who was traveling through the Kosalan country on his way to visit the Buddha at Sāvatthī became sick. He stepped off the path and sat down at the foot of a tree. People saw him and said to him, “Venerable, where are you going?”

“I’m going to Sāvatthī to visit the Buddha.”

“Please come with us.”

“Then please come inside the vehicle.”

“Thank you, but the Buddha has prohibited us from traveling in vehicles.” Because he was afraid of wrongdoing, he did not accept. When he arrived at Sāvatthī, he told the monks what had happened. They in turn told the Buddha, who said,

“I allow a vehicle when you’re sick.”

The monks thought, “Pulled by a female or by a male?”

“I allow a rickshaw pulled by men.”

Soon afterwards a certain monk was even more uncomfortable when jolted around in a vehicle.

“I allow a palanquin and a litter.”

A few years ago Ajahn Sujato gave a talk at Stanford University in California, USA. Ajahn Sujato lives in Australia. I presume he traveled by jet aircraft. I think jet airplanes are modern vehicles.

Yes, I think it is unlikely that he travelled by water ship and palanquin.

This lovely thread about self-propelled monastic travel might give you a variety of views.

It would seem impractical with the robes.

So far, supposed criteria to prohibit a type of vehicle, are as follows.

It would seem impractical with the robes.

Not really, provided you ride an open-framed / step-through bicycle and wear your robes in a manner that suits the climate. For example, in Reykjavík there were very strong winds almost every day, and so my upper robe would have quickly got blown away if I’d worn it in the rolled style when cycling. Instead, I would wear it in what the Thais call the hom dorng (or Phra Sīvalī) style, in which you’re effectively tied up like a parcel. It’s the way that monks will usually be dressed on their ordination day, for it ensures that the robe will stay on no matter how clumsy the monk might be. 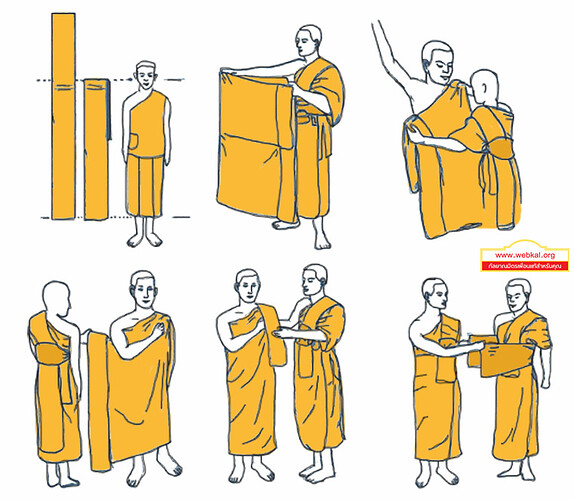 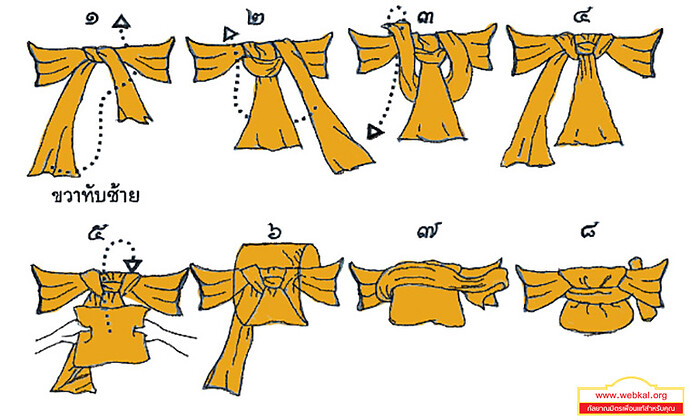 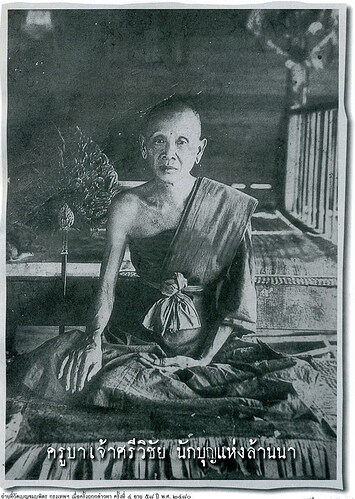 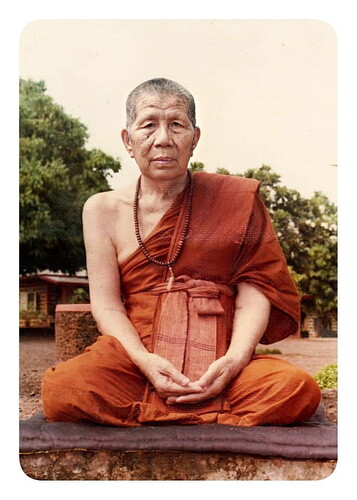 But a few monks had said that modern vehicles are also not allowed. According to them any kind of Land vehicle can not be categorized as a ship.

To put this in context: many participants of the sixth council (1954-1956) were born in the 19th century, before cars. This was a topical issue because it was the 1950s.