Are we living in a simulation?

Are we living inside a computer simulation? The Watercooler

Once the provenance of sci-fi, this has recently entered the mainstream thanks to Elon Musk's belief that the overwhelming likelihood is that we are living in a digital simulation. This idea is, apparently, all the rage in silicon Valley (overidentify much?), so much so that serious projects have started to help us break free of the simulation. Why is this regarded as something so plausible? As far as I understand, it is essentially a matter of probabilities. Let us assume that it is possible …

Oops! My bad!
I can’t find a way to delete the topic and post in the original one. What should I do?

I wouldn’t worry. It’s only virtually in the wrong topic.

Simulation theory is just almighty God rebranded, it just sounds more sophisticated, that’s all. I mean Someone has to create a world and the creatures in it, right?

“Imagine that everything you see, feel and hear in three dimensions (and your perception of time) in fact emanates from a flat two-dimensional field.
The idea is similar to that of ordinary holograms where a three-dimensional image is encoded in a two-dimensional surface, such as in the hologram on a credit card. "However, this time, the entire universe is encoded!”

Reminds me of the Rick and Morty episode where Rick’s car battery breaks down.

I asked a similar question in Dhamma Wheel.

Are we in a matrix?

THE UNIVERSE SHOULD NOT ACTUALLY EXIST, CERN SCIENTISTS DISCOVER The universe should not exist, scientists say

Experiments at CERN still cannot explain how matter formed in the early universe.

Is our universe FAKE? Physicists claim we could all be the playthings of an advanced civilisation

Physicists say there is a possibility that our world is merely a simulation
They claim there may be evidence of this if only we know where to look
For instance, some of the laws of physics may not quite add up, they say 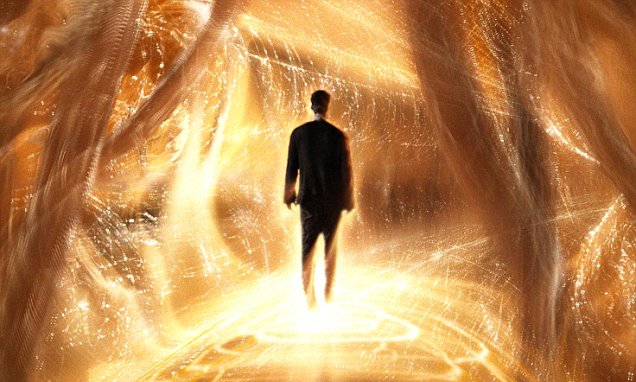 Is our universe a FAKE? Theory suggests we are living in a simulation

That's the radical theory put forward by a number of scientists, who claim there is a possibility that our world is merely a computer simulation - and there may be evidence of this if we know where to look.

Gnostic texts like The First Apocalypse of James were likely banned because of their “different understanding” of what Jesus’ importance was, Landau said.

“They understood Jesus much more in terms of being a revealer of human wisdom than as a messiah,” Landau said. “According to these Gnostic texts, Jesus taught people that the material world was actually a prison crated by an evil god — a lot like the movie ‘The Matrix,’ essentially.”

In The First Apocalypse of James, Jesus describes this prison to his brother. He reveals that the world is guarded by demonic figures called archons, who are blocking the path between the material world and the afterlife. “What James needs to get by them when he dies are passwords — sort of like cheat codes in a video game,” Landau said.

“You can see how this is pretty counter-cultural.”