I’ve been reading Ven Analayo’s comparative studies with the Agamas, and found it interesting that he translates 漏(the Chinese term for asavas) as “influxes”.

Would anyone be able to shed light on why he translates it as such, given that asavas (as I understand) can mean both influxes and outflowings? To me, 漏 is the Chinese word for “leak”. As a meditator this to me implies a “leaking out” of the mind: it is less clear to me what’s the rationale for “influxes”.

With much metta
PJ

…To me, 漏 is the Chinese word for “leak”. As a meditator this to me implies a “leaking out” of the mind: it is less clear to me what’s the rationale for “influxes”.

I’ve always thought “poison” is not bad either, seeing as it is a liquid, but it is not as literal a word.

As for Analayo, he discusses this somewhat on the lectures “Tranquility and Insight in early Buddhist discourse”. If my sati serves me right, the reason he chooses this is because there are suttas were asavas are described as “flowing into” the mind and polluting it and I think he feels this better illustrates the danger in asavas.

There is a good discussion, by Bhante Sujato, on this topic at the beginning of this talk (from memory).

Thanks! I think Ajahn Brahm also uses a similar term of “outflowings (of the mind)”.

Thanks Javier. would you have any insight about which suttas Ven analayo referred to?

I find it interesting to contrast this with MN28, which talks about the “conscious engagement” of the mind in order for consciousnesses to arise. Wouldn’t it be the case that this supports the interpretation of a mental “outflowings”, rather than the asavas impinging on the mind?
"If, friends, internally the eye is intact but no external forms come into its range, and there is no corresponding conscious engagement, then there is no manifestation of the corresponding section of consciousness." https://suttacentral.net/en/mn28

Thank you very much for that, I’ll listen to that shortly.

Is it possible to not recognise someone you never met? I obviously wasn’t paying close attention when I replied. Good to see you.

Hope you are well!

I’ve listened to the first half hour of the link you shared: thanks very much, as it is very instructive to listen to Ajahn Sujato explaining about the asavas (& kamma) in the Jaina tradition. It seems that in the Jaina and pre-Buddhist period, asavas refer to the influxes that “pollute the soul”. Ajahn Sujato also mentions in the talkthat the Buddha probably borrowed the word asava for a slightly different concept (since there’s no soul), and concludes that asavas might be best defined as defilements.

To me, while it is helpful to think of asavas as defilements, I wonder if there is also an implication for one’s practice whether to see the asavas as influxes or outflowings.

Influxes almost seem to imply that there is no choice in the matter: these defilements will impinge on your mind due to the leaks of your mind.

However, outflowings has a slightly different implication: that you “consciously engage” the defilements. It is as Ajahn Chah said, “it’s not the sound that disturbs you, but you who disturb the sound.”

However, outflowings has a slightly different implication: that you “consciously engage” the defilements. It is as Ajahn Chah said, “it’s not the sound that disturbs you, but you who disturb the sound.”

This still goes back to the idea of a leak. The sound leaks in because we aren’t engaged enough in or meditation and then we leak out. When it leaks in it pollutes/defiles our peace.

I know Ajahn Brahm was using outflows but I think now uses the translation defilements too.

I see the concept as both outflows and inflows, like solar eruptions. Spewing out and landing back on the surface. 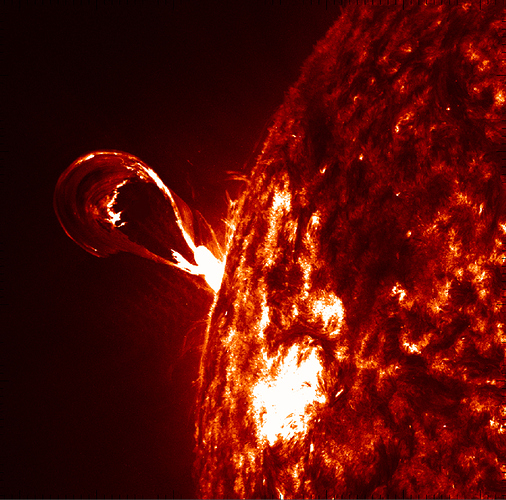 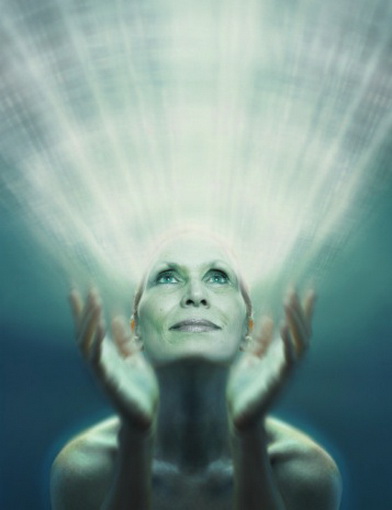 The influxes(from outside)as impurities flowing towards the mind.
Outflows / leaks of the mind pursues the sense objects .

“Distortions” perhaps. Why try to keep the fluidity aspect of the term?

(Or keep it, but in the metaphor. Distortions: mental flaws that prevent clear seeing, the way you don’t know what something really looks like when it’s under a lot of water.)

Bhikkhu Bodhi uses “taints”, which is similar in its connotations to “poisons”, “pollutants” or “contaminants”, and takes the interpretation that the asavas are things that flow into the mind and contaminate and cloud it, rather than things that flow out of the mind. This reading makes perfect sense to me in the contexts in which the term comes up.

I sometimes get the impression that some staunchly Theravadin interpreters are troubled by this reading, because it seems to suggest the existence of a reified and enduring mind which is pure and good in its own nature, and that in turns suggests that the goal of the path is to purify, un-sully or decontaminate this mind. Theravadins might be eager to remove all traces of a Mahayana original mind, brightly shining mind, or Buddha nature from their interpretations, and insist that all mentality is conditioned, so there is nothing abiding in the conscious background to be purified.

But however we ultimately interpret this talk, it is clear that the suttas make use of many ideas related to concepts of defilement and purification. So, I don’t see why we shouldn’t put asavas in the same family.

I like the idea of outflows, much like lava, from the cooled mind of samadhi, (when defiled) hot lava spills forth! ‘Acting out’ is a term in psychology for psychopathology manifesting itself outwardly in (dysfunctional) behaviours. Then there is the more commonly use ‘acting up’.

Short of an exhaustive analysis of the exact implications of usages of the term throughout the sutta-s, which would be beyond my capabilities, it would seem to allow either a sense of the mind being sucked-out (outflow), wasting energy reacting, pursuing or avoiding stimuli, or a sense of allowing itself, unguarded, to be distracted by impinging (inflow) sensory input.

Informally, the outflow (effluent) take seems more useful, in my practice, as it involves more explicitly the kamma, actively intentional dimension of mental behavior. The complementary take would be focusing on guarding the senses – a more defensive stance.

In preferring the active approach, I’m reminded of the notion that directing the mind to substitute action in a positive direction (effectively crowding-out the distractions) can be more constructive training than more passively attending to and warding-off input which elicits defiled reaction. Then again, there may be contexts where either response would be more appropriate.

And yes, the alternative is there to abide, take refuge, when possible, in absorptive samādhi, steadying and honing the mind to be better able to discern the contextually appropriate approach when coming back out.

directing the mind to substitute

That reminded me of this:

There is the case where evil, unskillful thoughts — imbued with desire, aversion, or delusion — arise in a monk while he is referring to and attending to a particular theme. He should attend to another theme, apart from that one, connected with what is skillful. MN20

What is skilful would be known if it had nothing to do with craving, aversion or delusion.

To me, 漏 is the Chinese word for “leak”. As a meditator this to me implies a “leaking out” of the mind: it is less clear to me what’s the rationale for “influxes”.

When I learned this character at school, we learned it as “a leak in a boat” or “a leaking roof”, which is actually what it means something like 99% of the time (and also what a standard dictionary will tell you that it means).

Unfortunately, it’s not quite so simple in the Buddhist context because of the conflation of the character 漏 with the term kleśa, which gives it a sense of “contamination” (Charles Muller gives “contamination” as the primary meaning and notes that most East Asian dictionaries will gloss this term as “affliction”).

I think that reading this character as “influxes” might be a 20th century innovation due to scholarly researches into Jainism- the traditional reading would be contamination/affliction as there is nothing in the character 漏 itself which suggests influx. Muller’s dictionary entry has a list of scholarly references which is very informative: http://www.buddhism-dict.net/ddb/pcache/67id(b6709-6f0f).html

Ven. Analayo generally doesn’t read Chinese agama texts as stand-alone documents. His methodology is heavily influenced by his knowledge of Pali texts and recent scholarship, rather than a Chinese reception tradition. So sometimes in the translations, we also see just a little editorial or “corrective” work…I think this is one of these cases, where “influx” is a “corrective” reading based on 20th cent. approaches, as others have pointed out already.

Yes, he definitely has pointed out in his talks that he is of the opinion that the Agamas are mainly Indic texts (of course in translations) and hence their translation should take into account the original Indic terms as cross referenced from the Pali and Prakrit material.

I’m sorry for the delay in responding. I had been meaning to reply, but it’s been a busy week. Thanks all, for your replies!

This is my first official post in this group, though I’ve been lurking and reading some threads. Thank you again to all who replied.

I think I have the answer to my original question from @Javier’s and @Pasanna’s replies: specifically, it seems that the interpretation of asavas as influxes dates pre-Buddhist, and is found in the Jaina texts (as ashravas).

I’ve further replies to some responses below:

“Distortions” perhaps. Why try to keep the fluidity aspect of the term?

I agree that it’s important to recognize the asavas as defilements, and to recognise them in our practice. However, I also think that the fluidity aspect of the term has a practical implication to one’s practice.

If the mind works with the external world flowing inwards to pollute and defile the mind, then the “job” of the practitioner is to prevent the inflow of pollutants. As @cjmacie commented, it’s more defensive and passive on the part of the practitioner, and I also feel that it doesn’t sufficiently account for the point of “conscious engagement” which underlies the six sense consciousnesses.

In contrast, if the mind works by flowing out into the world, then arguably the “job” of the practitioner is not just to “plug the leaks” but also to understand the inclination of one’s mind, and to examine why one’s mind inclines to flow outwards rather than “staying in”. Which, to my mind, seems more complete, as it also calls for a deeper examination of one’s intent & motivations of one’s mind, beyond whether the mind is defiled or not.

Ven. Analayo generally doesn’t read Chinese agama texts as stand-alone documents. His methodology is heavily influenced by his knowledge of Pali texts and recent scholarship, rather than a Chinese reception tradition. So sometimes in the translations, we also see just a little editorial or “corrective” work…I think this is one of these cases, where “influx” is a “corrective” reading based on 20th cent. approaches, as others have pointed out already.

Yup, I am familiar enough with Ven. Analayo’s analytical approach from his books to understand that he constantly bases his analayses on his knowledge of Pali texts and recent scholarship, rather than tradition alone.
(Digression: following his footnotes can be a real pain, because he’ll quote in the original languages. Someone should remind him that not everyone reads Chinese, Sanskrit, Pali, Tibetan, Khotanese, Gandhari, German, Italian and French!!)

Once again, thanks to all who replied.