Bhante Sujato on SuttaCentral on The Spirit of Things

I did an interview for ABC Radio National last week, ostensibly on SuttaCentral, although we talked about a lot of things! Here it is.

This week, two perspectives on the rise of Buddhism in the West. We meet Bhante Sujato, a former rock musician who became an ordained monk, teacher and reformer in the Thai Forest tradition of Buddhism. We also hear from Tibetan Buddhist practitioner...

I.m putting this on facebook, Bhante , - but what is the correct piece of rock music to accompany this interview?

And great pictures of Bhante. Can’t resist from adding one, no, two here

(great quality, thanks to ABC.Net.au for that!). 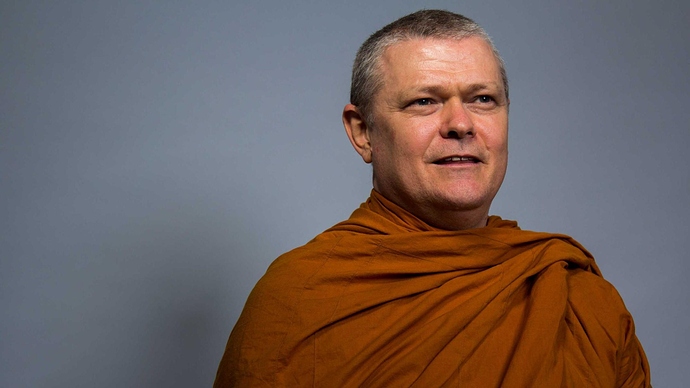 With much gratitude to @Deepika for organising this and so many others things for SuttaCentral over the years!

Recently, he spent more than two years in an intensive solitary retreat on a small island off the coast of Taiwan, translating key Buddhist scriptures into English.

Maybe we should have told them that your ‘intensive solitary retreat’ included wifi, as this sentence makes it sound like you were living in a cave in the mountains somewhere with a butter lamp.

All jokes aside, this is awesome, congrats Bhante and team!

Great discussion.
Wow Bhante @sujato got a No 2 hair cut!!!