Breakaway thread on "isms" and ideologies

And the terrorist attack in my city, which was a similar scale…

Sadly, the latter was inspired by the former (in the wikipedia link for those who wish to read about it).

I am not sure which of these were held by Anders Breivik.

ABB wrote down his views in his manifesto: Breivik prepared a document titled 2083: A European Declaration of Independence. It runs to 1,518 pages and is credited to "Andrew Berwick" (an Anglicization of Breivik's name). Breivik admitted in court that it was mostly other people's writings he had copied and pasted from different websites. The file was e-mailed to 1,003 addresses about 90 minutes before the bomb blast in Oslo. The document describes two years of preparation of unspecified attacks, supposedly pl The introductory chapter of t...

From the wikipedia article:

It looks like he has claimed that he has always believed in God and more so that God is closer Odin of nordic mythology in particular.

I guess this makes him an eternalist since a God -Creator is usually held to be everlasting.

And the terrorist attack in my city, which was a similar scale…

Sadly, the latter was inspired by the former (in the wikipedia link for those who wish to read about it).

I should say that the positive thing that came out of the soul-searching after the Christchurch attack was that there was an almost unanimous acceptance that such individuals do not represent their whole community, religion, etc. So when there was a knife attack by an Islamic convert earlier this year, there was no suggestion that he represented Islam, or that the sympathy for the 2019 attack was misplaced.

On 3 September 2021 at 14:40 NZST, eight people were injured in a mass stabbing at the LynnMall Countdown supermarket in New Lynn, Auckland, New Zealand. The attacker, Ahamed Samsudeen, was being followed by police officers, who intervened during the attack and shot and killed him after he charged the officers. He was pronounced dead at the scene. The incident is being treated as terrorism and is "ISIS-inspired" according to Prime Minister Jacinda Ardern. This was the second stabbi At the time...

Oy vey, I think maybe he’s not the best person to listen to on his opinions when it comes to fascism. But it’s best not to get into that can of worms.

I think that -ism is essentially undefined because we can’t catch ourselves some fascism and pointing to it say ‘that’s a fascism alright’.

While people tend to associate fascism with Mussolini and Hitler, there are many other examples of fascism in history. 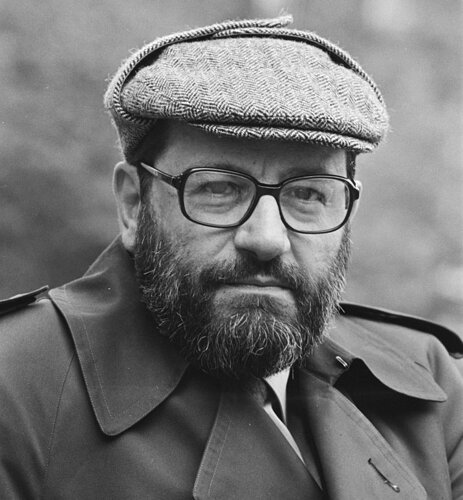 One of the key questions today is can we use words like fascism with fidelity to the meaning of that word in world history?

We have many sources from typically jewish, romani, LGBT authors on what fascism historically has been and what key points to it are. The holocaust museums get’s passed around perhaps the most.

It’s easy to see how words like these, having a lot of sentiment associated with them, can be thrown around strategically and how their meaning can be sculpted to fit one’s goals.

Sure, yes absolutely. This can and does happen where someone will take the word fascism and throw it around at something without any knowledge of the term, it’s significance, or it’s meaning. Teenagers online who get pulled into the altright often get pulled in just because they think the word and logos sound cool at first, not knowing anything else about the terminology or deeper meanings. There are people who also twist it to their usage.
However, modernly, our problem isn’t people who lack the knowledge of what fascism is accusing people of it/willful ignorance of the term. It’s that there are genuine neofascist movements arising and calling themselves “altright” calling for the same things mussolini, hitler, and others like them have.
Not too long ago they were screaming Lügenpresse at journalists in america.
There are times where this view is healthy and makes sense, but it falls apart in the face of things like KKK, GOLDEN DAWN, BREIT BART, PEOPLES PARTY SLOVAKIA, GREY WOLVES, PROUD BOYS, THE NATIONAL ALLIANCE, AMERICAN NAZI PARTY, HINDUTVA, BRITISH NATIONAL PARTY, UNITE THE RIGHT, 8KUN, Richard Spencer, Julius Evola supporters, Brenton Tarrant, Steve Bannon, Milo Yiannopolus, Richard W. Preston, James Alex Fields Jr. , Arthur Jones, Patrick Little, Nick Fuentes.

There’s not an issue of vagueness, there’s an issue of people openly supporting the same principles as the German and Italian nazi party. It’s incredibly dangerous to everyone, and to the health of the dhamma in the world at large.

God, this was horrible…I hope the people who suffered during this are happier now than they’ve ever been.

I have to categorically disagree on this. We can’t catch ourselves some fascism.

This must be established as an agreed upon assumption for me to consider a person worth speaking to.

Of course if you want fascism to be a word denoting a dog, a person or a cat we can catch one but i don’t think this is what you had in mind.

This is a matter of standing by agreed upon assumptions and things known to be true.

I think I see your point now, you may find Ian Kershaw interesting. He wrote once that trying to define fascism was like nailing jelly to a wall.
That said, I do think there’s a general agreed upon definition of what fascism is, but I suppose that’s my own opinion and it’s subject to my biases.

Jeeze louise…I hope we as a species are able to move past these things quickly and have a healthier society in the future where we do not have to worry about others being harmed like this.
May all beings be free from suffering.

Marxism has nothing to do with being authoritarian , unethical or a bad character.

It’s a very valid, powerful and insightful framework or tool to understand the society and has many branches and implications.

As any analytical tool, it can be used for bad or for good, and it has its own limitations and scope of use. And because of the dialectic dynamics it acknowledges and recognises it has evolved and will continue to evolve towards more and more useful syntheses.

This reflects and understanding of Marxism that intentionally excises the bad elements, ranging from the boring and academic (Marx missed out on the contemporary marginal revolution, and also seemed to ignore culture), to the central issue of the thread (Marx did directly advocate for armed violence).

I think this demonstrates an obvious point - outright, unambiguously evil acts are separable and addressable on their own.

People who commit extremist violence tend to belong to political fringes. The difference in ideology between two such people is often larger than the difference between any two mainstream politicians. Trying to attack them by attacking their ideology is like playing whack-a-mole. But there’s a different approach you can take - standing firm at the one point all these bad ideologies must converge on - justifying immoral acts.

Killing, particularly the killing of innocent humans, is bad.

To use a plant metaphor, if you say you will trim every branch that advocates for killing, that is a consistent approach that will lead to the withering of certain ideological trees (e.g. Nazism) while improving the health of others, depending on where they are rooted (Nazism is rooted so centrally in evil that it cannot produce a branch outside of evil’s bounds). But it does not require taking a position and saying, “I’m seeking to destroy this tree and help this other one”.

To use an extreme example, consider the Una-Bomber, who’s manifesto is 98% bland, centrist-friendly critique of degrading aspects of industrial society, and then for 2% out of nowhere he leaps to the conclusion that people need to be killed. You can leave alone his complaints about human dignity not being respected, and just put him in prison to prevent him from acting on the part where he thought people deserved to die.

A fantastic example of this, in my mind, are the numerous examples in the past few years when advocates for BLM have taken a step back, outside of the context of their ideological struggle, and just stated the obvious - that they do not support the minority of people who have committed major crimes at BLM protests. Obviously, people like the family of George Floyd, or Ahmaud Aubery, do not believe in the “Both Sides” fallacy. But neither do they fall into the fallacy, sometimes called “circling the wagons” where you incorrectly apply your ideological lens to place a wrong-doer inside of the “us” category.

I think you articulated it well.

There is a a lot of distance between not liking some policy or views to becoming fixated in the view that it’s a good idea to kill people for whatever reason.