Maybe they are capitalizing on the appropriation of mindfulness by the super stressed, speed demon, high-risk taking 1% that has been going on, notably in the US, for maybe a decade now.

This matter became a little acute for me when I had to consider the work of Slavoj Žižek, who almost single-handedly is holding up Lacanian psychology, which is a complete nightmare, because he’s quite interested in Buddhism. The poor guy suffers from massive anxiety, and I think his interest in Buddhism, and the sources where he’s getting it from (i.e., mindfulness movement) cause him to be even more anxious.

It led him to come forward with the question as to whether Buddhism doesn’t fundamentally support - or feed - in its very orientation high capitalism. And he wasn’t asking glibly. He’s perfectly capable of laying out his full train of thought.

Please don’t get me wrong. I am not proposing this as a “thought problem” for ya’ll to consider here. Stay away. But Žižek takes a real beating in my area. Lacanian psychology is treated as devil spawn or something, and when I listened to him struggling so honestly and publicly with this, I felt horrible for him. Who’s going to go and answer? Wow. The Dalai Lama maybe. Anyways.

I think Gregory Schopen spend a fair amount of time on this topic, basically arguing that mroe or less from its beginning Buddhism has been a religion of the mercantile, capitalist class… 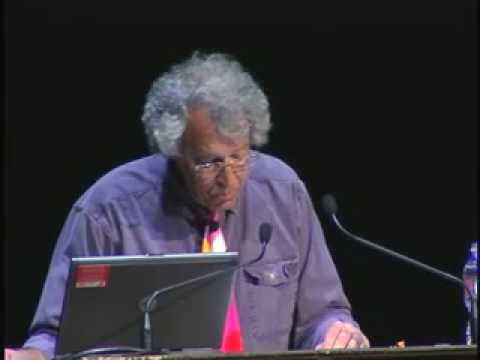 Is very much worth checking out.

Well it’s not really what I was talking about, but it’s good information. Thx Joseph.

Please don’t get me wrong. I am not proposing this as a “thought problem” for ya’ll to consider here. Stay away. But Žižek takes a real beating in my area. Lacanian psychology is treated as devil spawn or something, and when I listened to him struggling so honestly and publicly with this, I felt horrible for him. Who’s going to go and answer? Wow. The Dalai Lama maybe. Anyways.

Ah yes, having re-read your comment I think I see what you mean, does the mindfulness movement “sooth” people into an acceptance of capitalism, is that it, roughly?

In a way Schopen is even more critical, implying that Buddhism is a mercantile movement from it’s very beginning, “in it’s bones” as it where.

Do you have any links to Zizeks thoughts on Mindfullness etc, I would be curious to see them.

Buddhism has been a religion of the mercantile, capitalist class

You are indeed right, worth exploring for those who haven’t.

Buddhism is quite frankly the perfect supplement to neoliberal capitalism

Ah … er… that was a few years ago now, and like I said, Žižek to me was someone to be known and then ruled out. I would have to look around in my stuff and it is still mostly boxed away, and I am busy with loads of stuff.

But since you mention “soothing” here’s a link.

My talk at MLA in January will be about my book project Buddhaphobia. I'm focusing on why on Earth Slavoj Zizek has to savage Buddhism at almost every opportunity. Especially when his mentor Lacan did such a nice job on it in the Tenth Seminar. 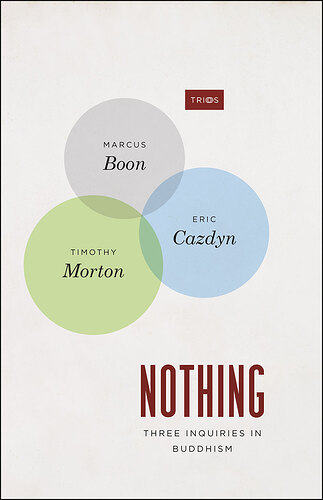 Though contemporary European philosophy and critical theory have long had a robust engagement with Christianity, there has been no similar engagement with Buddhism—a surprising lack, given Buddhism’s global reach and obvious affinities with much of...

Bhante Sujato’s response to these sort of claims: 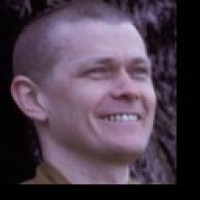 The Ironic Assumptions of Gregory Schopen

The methods and assumptions of Buddhist text-critical studies have come under challenge, indeed frontal assault, by the influential academic Gregory Schopen. His writings are deliberately provocati…

See Personal Empowerment: How to Live a Successful Life with Jack Kornfield - Salesforce Live I certainly won’t take this moment to knock Jack Kornfield in so far as, as others have put it, he was kind of the gateway drug that got me slightly deeper into the weeds of Theravada Buddhism. His book" a path with heart" struck a chord with me and of course over the next many years I started to dig deeper into the suttas and to eventually connect with the Buddhist Society of Western Australia. The s…

Oh no, not capitalism again. I digress

The initial use of the term “capitalism” in its modern sense is attributed to Louis Blanc in 1850 (“What I call ‘capitalism’ that is to say the appropriation of capital by some to the exclusion of others”) and Pierre-Joseph Proudhon in 1861 (“Economic and social regime in which capital, the source of income, does not generally belong to those who make it work through their labor”) Karl Marx frequently referred to the “capital” and to the “capitalist mode of production” in Das Kapital (1867). Marx did however not use the form capitalism, but instead used capital, capitalist and capitalist mode of production, which appear frequently. In the English language, the term “capitalism” first appears, according to the Oxford English Dictionary (OED), in 1854, in the novel The Newcomes by novelist William Makepeace Thackeray, where the word meant “having ownership of capital”. Also according to the OED, Carl Adolph Douai, a German American socialist and abolitionist, used the term “private capitalism” in 1863.

AN7.7
Then Ugga the government minister went up to the Buddha, bowed, sat down to one side, and said to him, “It’s incredible, sir, it’s amazing! Migāra of Rohaṇa is so rich, so very wealthy.”

“He has a hundred thousand gold coins, not to mention the silver!”

“Well, Ugga, that is wealth, I can’t deny it. But fire, water, rulers, thieves, and unloved heirs all take a share of that wealth. There are these seven kinds of wealth that they can’t take a share of. What seven? The wealth of faith, ethical conduct, conscience, prudence, learning, generosity, and wisdom.

Hopefully we can keep separate in our minds Buddhism, the commodification of Buddhism, and whatever Zizek is on about these days.

It led him to come forward with the question as to whether Buddhism doesn’t fundamentally support - or feed - in its very orientation high capitalism.

This makes me wonder why capitalism didn’t develop in Buddhist countries but did in Islamic countries and later in Christian countries in Europe though?

Like, why does high capitalism need Buddhism when it is thriving in many places with very little Buddhism?

Islamic Capitalism was active during the Islamic Golden Age and Muslim Agricultural Revolution, where an early market economy and form of merchant capitalism took root between the 8th–12th centuries. A vigorous monetary economy was based on a widely-circulated currency (the dinar) and the integration of monetary areas that were previously independent. Business techniques and forms of business organisation employed during this time included contracts, bills of exchange, long-distance internationa...

The origins of capitalism have been much debated (and depend partly on how capitalism is defined). The traditional account, originating in classical 18th-century liberal economic thought and still often articulated, is the 'commercialisation model'. This sees capitalism originating in trade. In this reading, capitalism emerged from earlier trade once merchants had acquired sufficient wealth (referred to as 'primitive capital') to begin investing in increasingly productive technology. This account...

Hopefully we can keep separate in our minds Buddhism, the commodification of Buddhism, and whatever Zizek is on about these days.

The AmaZen meditation booth is a small room where employees can watch company videos about mindfulness while a small fan moves the air around.

I didn’t post this as a topic. And I clearly expressed that I didn’t want it to become one.

I am not proposing this as a “thought problem” for ya’ll to consider here.

I was just passing on some things following a request. Cazdyn’s book isn’t designed for non-specialists in critical theory.

Just to be clear, I have split the topic because it is interesting in its own respect (with 7 posts, already, when the topic was separated) and because it is different from the original thread that it was posted in, about Jack Kornfield. In this way, the two discussions may proceed more clearly.

Of course, everyone is free to contribute to each discussion as much or as little as they feel (within reason and rules).

Any questions, please let me know.

Thanks for doing that. I totally gotcha. I’m just not interested in people stressing at me, because the material is complex, controversial (obviously) and/or think I am representing my opinion, what have you, with the posting.

This makes me wonder why capitalism didn’t develop in Buddhist countries but did in Islamic countries and later in Christian countries in Europe though?

Like, why does high capitalism need Buddhism when it is thriving in many places with very little Buddhism?

I would say that this is because capitalism, as we know it, developed from Graeco Roman politics! The political philosophy to dominator cultures such as Rome and Greece was that the world was made for man to rule and conquer. Capitalism is just the economic model of a political philosophy which revolves around Oppression, Submission, Domination.

It never developed in historically Buddhist countries because the Buddha Dhamma developed in an entirely different political sphere. Not to say Indian kingdoms and other regions didn’t also have problems politically, but they were much different than what had been developed.

Capitalism doesn’t need Buddhism-but it wants it. For the same reason Rome wanted Christianity, and made the symbol of the church the cross. A constant subtle reminder of Rome’s power and authority. The general idea is to distort it into something beneficial to itself, thus taking out any power it had as a dual power structure which is a threat to it’s core philosophy of Kyriarchy.

I don’t think there is anything inherent to Capitalism that makes it incompatible with the Dhamma, or with being a Buddhist. As for McMindfulness, well Buddhism doesn’t have a monopoly on sati. Even when the Buddha was alive other ascetics were teaching and practicing forms of mindfulness.

I would disagree with your position on capitalism, personally speaking. Primarily because capitalism is an economic system which does not accord to the Buddha Dhamma’s iteration of economics developed by buddhists.

It would be all well and good if there was sati just being taught to the public, but the issue is that what McMindfulness proprietors proclaim to give is set up to cause failure to the individual in order to keep it’s market value high.