I was scanning news items this morning, as I do after opening D&D and then the NYTimes, with coffee.

I saw this: Bill Gates has lots of money, a foundation, and an interest in climate change issues. This was one essay that seems to pinpoint causes of climate damage, and possible mitigation. I don’t necessarily endorse Bill and Melinda Gates, but I always endorse good ideas, no matter where they come from…

Climate change and the 75% problem 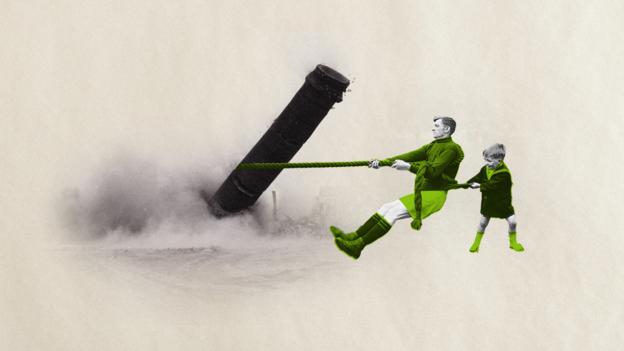 Is it wrong to be hopeful about climate change?

Real hope for the future of the climate can’t come from admiring the inspirational deeds of others – it has to be earned, writes Diego Arguedas Ortiz.

@cara is there a new link for the Climate Action Kit?

I can open @dhandipa’s link without trouble. Thank you for sharing, dhandipa!

Seems like it’s still alive on the BCV page

Greetings dhandipa, and welcome to the forum

Thank-you for your contribution so far, and we look forward to seeing you around

If you ever need any assistance about something, feel free to contact one of the moderators

Dear Viveka, thank you very much for the very warm welcome

I did spend this time, and found the following on Wikipedia:

What are your credentials? Where do you work and what is your position there?

You’ll forgive me for probing since you are the one who has brought up your occupation in the first place, so I assume you’re not averse to sharing more.

No need to ask for forgiveness for asking. I am curious too.

It would be important to know if he is a “scientist” at a say, an oil company where there could be significant conflicts of interest between the funder’s business interest and say, the actuality.

I suggest your statement above is an example of snarky, non-harmonious speech.

How do you suggest he should have rephrased what he said?

I agree that using propaganda, false, or harmful speech in support of “action against climate change” is harmful and would likely backfire.

But I’m not seeing definitive evidence to support your claim that the rise in CO2 levels was not due to human activity (“anthropogenic climate change”).

That data is perfectly consistent with the theory that the seal level change is due entirely to natural or unknown causes.

Perfectly consistent?
How can you definitively rule out that it wasn’t due to the effects of the industrial revolution?
(The Industrial Revolution, now also known as the First Industrial Revolution, was the transition to new manufacturing processes in Europe and the United States, in the period from about 1760 to sometime between 1820 and 1840. Wikipedia)

How do you suggest he should have rephrased what he said?

Just bringing to your attention the fact that you are addressing your question to a comment made 2.5 years ago.

I’ve done similar, in reanimating necro-threads; it took me a while to learn to read the tiny date in the top upper right corner of comments before responding. =D

I think I am probably still taking an occasional remedial lesson in Mastering “Timely” in Life.