For the first time in the contemporary history of Bangladesh, six Bangladeshi Theravada women were fully ordained as bhikkhunis in the newly established sima (Pali. boundary) at the Damdama Bhikkhuni Sangharam and Meditation Center in Chattogram on 20 October 2022. New bhikkunis Dhammadinna, Krisha, Chala, Kushala, Apurna, and Vineeta had each undergone extensive Dhamma-Vinaya training for several years prior in preparation for their higher ordination. Among the six new bhikkhunis , all of whom were from Bangladesh; three were from the Barua Buddhist community, and three were from ethnic Buddhist communities in the Chattogram Hill Tracts. 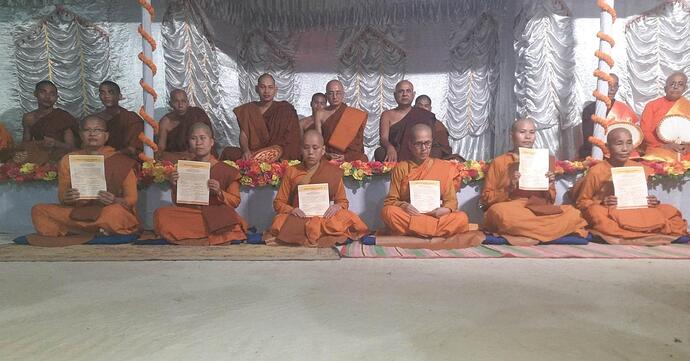 With the October ordination of six bhikkhunis in Bangladesh, Dipen Barua looks at the development of female monasticism in the country. 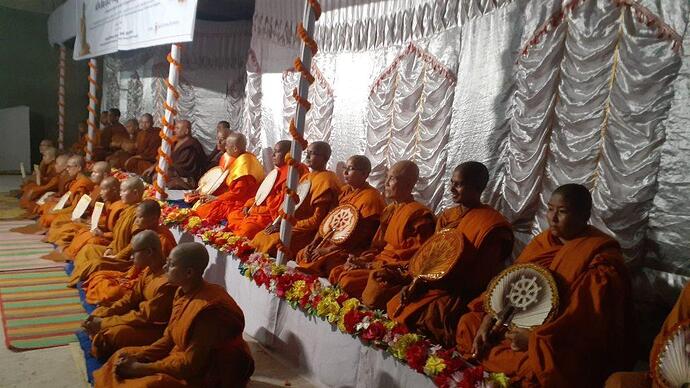 Sadhu! Sadhu! Congratulations to the new bhikkhunis, and to the Sangha who supported them to flourish in the Buddha’s teaching.

For those who are unfamiliar with the background of Bangladeshi Buddhism, the Bangla region is quite close to the Buddha’s own territory. At the eastern-most point of his travels he would have been close to or even inside the modern border of Bangladesh. Buddhism flourished through the region since then, although with the travails of history it is not easy to trace the exact course and lineage.

Modern Bangladeshi Buddhism is strongly connected with Theravada Buddhism of Myanmar and Sri Lanka, and it flourishes among the Baruas of central Bangladesh, as well as in the Chakmas and other hill peoples.

This such good news!

Also many thanks to article author Dipen Barua and BDG (shout out as well to BDG’s Raymond Lam- a fellow Studies in Religion UQ graduate from before my time). I feel that we must also thank Ayya @tathaloka for her comments quoted and more.