Cakkavatti Wheel is an UFO?

There is an interesting article about “Buddhistic” UFO according to interpretation of cakkavatti wheel found on Chinese Agama Sutra (or it’s parallel on Pali Nikayas):

The Agama Sutras record and propagate the message of Lord Buddha. Listed below are short extracts from these sutras, which convey information regarding UFO related material:

The description of these golden treasure roundels (or precious golden wheels), records the behaviour often associated with the modern UFO phenomena. The one thousand spokes seems to suggest the radiation of light associated with UFO’s, as if ‘its sublime craftsmanship was reminiscent of that associated with the beings residing within the divine-sky, and was not the product of this world’. These ‘divine-sky beings’ suggests an extra-terrestrial origination. The idea that ‘the wheel has a diameter of 14 feet’ describes the dimension and size of a UFO. The golden colour confirms that a flying saucer radiates light, whereas the descriptive use of ‘Chakravartin’ (i.e. ‘divine sage’) can also refer to the concept of a ‘flying emperor’. This great ruler was able to fly over his entire kingdom whilst riding within a UFO (or ‘wheel of treasure’). This can also be termed the ‘kingly wheel’. There are four types of precious (or ‘treasure’) wheels. These different types of flying roundels vary in the materials used to construct them, such as gold, silver, copper, and iron – and possess the ability to freely change colour whilst in flight. It is well known that in ancient China, scholars identified ‘sun spots’ – or what looked like black dots on the surface of the sun. Perhaps the descriptions of the ‘black’ sun-spots –

The Buddha appears to be sat on a wheel situated within other wheeled structures. He is sat on a platform disc, with another disc behind his back and head, whilst a ‘halo’ surrounds his head and neck.

This is the original Chinese source that speaks of the alleged scripture, I found it on the page you linked us to:

But my Chinese is too poor to read it very well. It seems to lack citation, just like the English.

I ran a few of the keywords through SuttaCentral’s search database, but couldn’t find anything in any āgamāḥ.

It could well be an actual scripture being spoken about, but as usually, these sorts of sites like to play fast and loose with context and content. They didn’t even cite the āgama?

If people want to go SuttaSearching, they can use the search function of SuttaCentral and use terms and phrases from the above Chinese text above.

I’m not having any luck finding this passage. If the Chinese above is supposed to be quoting Buddhavacana, 突然出現在前面 doesn’t seem to appear in the āgamāḥ

Thank you for your effort to search the keyword on the SC Chinese sutra, because I can’t read Chinese

Apart from that, it is interesting that the legend (or myth?) of Cakkavatti wheel, which found on many early suttas (Pali and non-Pali), can be interpreted as UFO sightings. And of course, this is just a UFOlogist stuff, not EBT-vadin stuff

Below buddhism picture in
xin jiang in China and
the drawing copied shows images
that has shape resemble ufo disc. 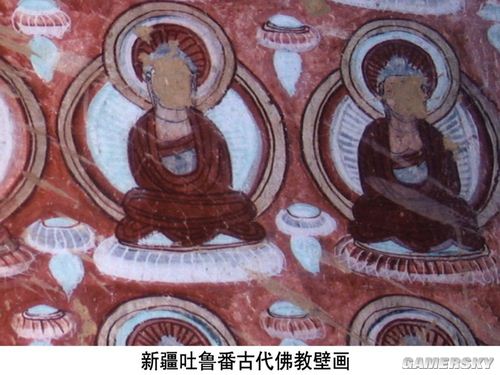 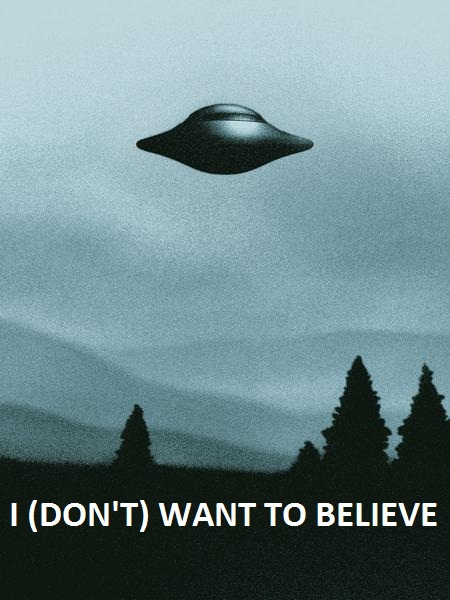 It is still a belief anyway !

Below buddhism picture in

xin jiang in China and

that has shape resemble ufo disc.

Aren’t these lotus blossoms? Observe how the “flying saucers” framing the leftmost Buddha are painted identically to the lotus blossom on which that Buddha is enthroned. The paint is probably faded, making the white appearance. In addition to this, white lotuses (puṇḍarīka) and red lotuses (padma) are important visual motifs in Mahāyāna Buddhism, each with their own interpretive meanings, if the paint is not faded.

The leftmost Buddha was probably originally painted on a lotus blossom closer in colour to the rightmost Buddha. Similarly, the redder “flying saucers” at the top & bottom (as opposed to the lighter coloured lotuses) are identical in design to the blossom on which the rightmost Buddha is enthroned.

I am also thinking the “white fire” at the base of the “flying saucers” is actually depicting the roots of the lotus, which can be bright white: 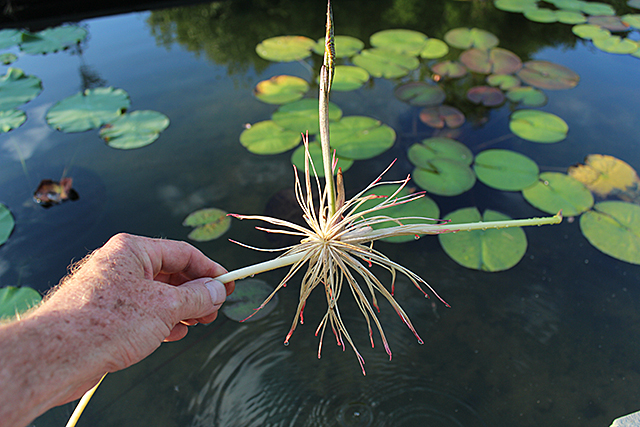