Can everything be explained as the result of Kamma or not?

So, obviously there is a clash between ‘complex-kamma’ suttas and ‘simple-kamma’ suttas. Both can’t be true at the same time.

I shall attempt a physics analogy to say they can both be true at the same time.

Kamma as a non-linear system.

Inspired partly by this.

Gravity. In the equations of general relativity, we have 4th order tensors terms, so although the equation looks like one, in actuality, it contains 10 equations, coupled with each other in a non-linear fashion. So, although the underlying concept is simple: spacetime tells mass-energy how to move, mass-energy tells spacetime how to curve, the resulting thing is complicated. It’s not easy to find an exact solution to general relativity. If you can find one, it’s worth publishing and making a phd out of it. Even most space related missions, it’s not common to use general relativity, and we resort to the simpler newtonian gravity to ease calculations. Yet, the effects of general relativity cannot be ignored. GPS needs the correction of gravitational time dilation or else the errors adds up so fast, it becomes useless.

Even in newtonian gravity, each massive object attracts one another proportional to each of their mass and inversely proportional to the square of their distance, the underlying law is simple, but even 3 body problem is unsolvable analytically.

So too, kamma has a simple underlying concept of do good get good, do bad, get bad. The mechanism by which it plays out becomes complicated as we have to account for cause+conditions then results can happen, and many lifetimes, the strength of the kammas, the virtue of the person, the relative abundance of good vs bad kamma collected etc.

So it’s not true that with just high school physics, or even learning general relativity in University, one can join in the space missions and do the calculations straight away, there’s a lot of technical manuals to master, the experiences, how to work with computers to calculate what etc…

So although gravity is complicated, one would still not simply walk off tall buildings, or drop a brick onto one’s foot. It’s also that simple. Things fall. So it’s good to learn about it, both the complicated and simple formulation. Same too with kamma.

What these two have in common, according to the commentary of Thanissaro Bhikkhu, is that they depict Kamma as a non-linear system.

That is all nice, but then you ignore the suttas - of which I just quoted a very few - which indeed describe a very linear system. To say “what seemingly is described as a linear system is actually meant as a non-linear system” is turning these texts into what they are not.

The mechanism by which it plays out becomes complicated

Same thing: what do you do with the suttas that say straight-up “In the next life such and such a person will be reborn… popular, ugly, rich”? Do you dismiss them or re-interpret them to fit a more sensible logic?

It is possible that when speaking in general terms the Buddha might have been talking about the most likely outcome if no other overwhelming factors came into play. It seems to me that the Buddha was talking in generalities otherwise he could have given names and addresses of parents to whom the person was going to be born to in the next life.

Secondly, it is very much possible to have a system or a scheme that has very simple immediate interaction rules but incredibly complex large scale behavior. Our entire world of experience attests to this fact - what we call “patterns” is local temporary self-organization of a complex system. So at times, and for a while, it can appear to be “linear”, “predicatble” etc. but it is always “to an extent” and we forget that many times. So it is quite possible that trying to work out detailed workings of kamma will make one go mad but one can still make some general statements about it, which are almost certainly going to be true if nothing drastic happens after you make those statements. The point is depending on the context, both “complex kamma” and “simple kamma” sutta could be true.

It is possible that when speaking in general terms the Buddha might have been talking about the most likely outcome if no other overwhelming factors came into play. It seems to me that the Buddha was talking in generalities otherwise he could have given names and addresses of parents to whom the person was going to be born to in the next life.

Logically it’s possible, but it would be bad teaching, because it would lead to suffering. If he simplified kamma-teachings then it would have been for the simple people, not for the advanced who could differentiate and deal with complexity.

But it’s exactly the simple people who would fall into the logic of “you’re ugly / poor because in your past life you had a bad character / were stingy, so no need for compassion for you”. So a good teaching for simple people would entirely focus on compassion and not give a simple kamma logic which is bound to be misunderstood.

Same thing: what do you do with the suttas that say straight-up “In the next life such and such a person will be reborn… popular, ugly, rich”? Do you dismiss them or re-interpret them to fit a more sensible logic?

“you’re ugly / poor because in your past life you had a bad character / were stingy, so no need for compassion for you”. So a good teaching for simple people would entirely focus on compassion and not give a simple kamma logic which is bound to be misunderstood.

This is entirely the fault of not understanding the dhamma properly and not asking questions. How the world works doesn’t invalidate that compassion is always the response to suffering.

Eg. A worker in a factory accidentally fall off the railing from second floor and broke her leg. The law of gravity is at work, is there grounds for the others to pass by and say, “oh, you deserve it cause you ignore the law of gravity”? No. The proper response is to call an ambulance, do first aid. Compassion.

So, regardless of the causes of the present moment suffering, compassion is the default action. What happens if we cannot help? Equanimity is the last resort. In that case then, we have the reflection that all beings are owners of their kamma, heir to their kamma, whatever they do, for good or for ill, to that they will be the heir. One doesn’t then simply adopt wrong views of no kamma, or blame God or this or that, but to have a calm mind. Important note is that this is after one attempts compassion and deemed that one has either done one’s duty or that there’s nothing further to do.

The dhamma is vast and complicated, one shouldn’t blame the teacher if one doesn’t get it right. Or just because some other people doesn’t get it right. Eg. Physics is vast and complicated, yet there’s so many crackpots out there who never got a undergrad physics degree and think that they got a good idea to contribute to physics just from reading popular physics books (which has very little to no equations). The existence of crackpots doesn’t mean that popular physics books shouldn’t exist, it’s entirely the fault of the crackpots to not actually put in the effort to learn the undergraduate courses online.

Popular physics, like simpler teachings of the Dhamma functions as easy bridges to get to the deeper stuffs. Or else, it’s very hard to get into the vast and complicated field.

OK, everyone… Group Hug coming up in this thread’s Kamma!! 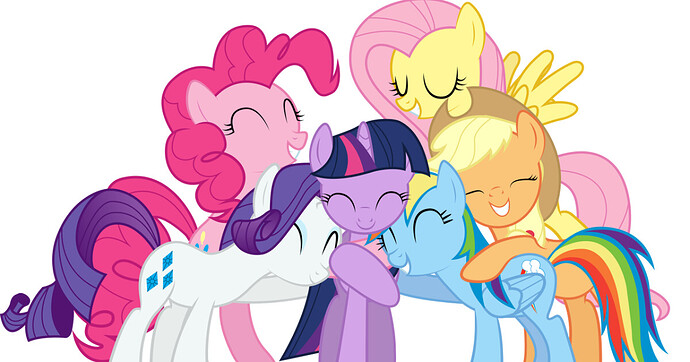 Imho, when the Buddha is saying only a Buddha can know such things about karma, he’s referring to very specific things, like for example in the Isidatta sutta, two laymen die as once-returners except only one was celibate. The daughter of the celibate one is upset that the non-celibate man attained once-return and the Buddha calls her a fool.

So yes, an average non-ariya person who has no supernormal abilities can understand the general notion of karma and have a right mundane view. That bad actions have bad results, and good actions have good results.

The specific details like who attained what, where one was reborn, and when karma ripens, that’s reserved for Buddhas. Anything below that in specifics can be seen by non-Buddhas.

And in MN 53, it seems that the Buddha teaches that at least much of the results of karma ripen in rebirth, which helps explain why it’s not possible to see all the effects of karma in this very life.

Relying on this supreme purity of mindfulness and equanimity, that noble disciple, with clairvoyance that is purified and superhuman, sees sentient beings passing away and being reborn—inferior and superior, beautiful and ugly, in a good place or a bad place. … They understand how sentient beings are reborn according to their deeds.

And Ven Dhammavuddho is right, as the suttas say

Hence, from the first sermon

Knowledge & vision arose in me: ‘Unprovoked is my release. This is the last birth. There is now no further becoming.’"

how he says most people from first world countries say dukkha doesn’t exist because they’re not suffering,

Or maybe they’re just ignorant about their suffering. My wife and I, who both are both Dhamma followers, live in the US and often reflect how much suffering we experience as humans in relatively wealthy and comfortable conditions. I can’t even imagine the suffering in the lower realms.

Yes, part of the training is becoming sensitive to sankhara (body, speech, feelings, perception) and how it affects suffering. But someone who is not aware of the dhamma, does not believe they’re suffering unless physical or emotional pain is present, which is still quite rare in the human life, than say the animal wildlife where you have to be on guard 24/7 as just looking in the wrong direction can get yourself killed. The state of nature, as Thomas Hobbes said, is in a constant miserable war, and war is constant anxiety and suffering.

Acintita Sutta or Acinteyya Sutta (Not sure which of these two is correct.)

English translation of AN 4.77, “Unconjecturable”

“The jhana-range of a person in jhana…

“The [precise working out of the] results of kamma…

So, to get to my main point, is it the case that every seemingly random event in one’s life is the ripening of Kamma, finding expression through the other laws of the universe? Or is it rather the case that some things are indeed arbitrary occurrences with no relation to past Kamma whatsoever?

If you are intending to explain phenomena empirically, then its best not to use kamma/vipaka as your tool for speculating. If you speculate about kamma/vipaka trying to link the two through some kind of confirmation bias, then that would still be kamma ensuring future rebirth.

In the next life such and such a person will be reborn… popular, ugly, rich”

Just to point it out: Pāli doesn’t have the definite article “the.” This would be better translated as “a next [i.e. some future] life”