The “Languages” in the side bar of some pages are blank. One cannot switch to other languages such as Pali. There’s also no “Textual Details” link in these pages. 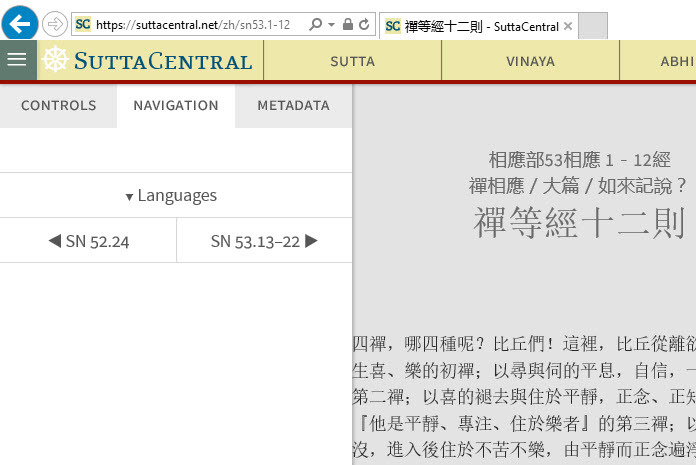 Actually there’s a concern here, the translator of the Chinese translation has this statement on his website:「凡以檔案或紙本印刷流通者須以贈送、不刪除巴利語經文為之」. It means distribution through files or printed materials must be free and without removing the Pali text. So I think it’s important that Sutta Central complies with that.

Here’s the translator’s site that shows Chinese and Pali side by side: 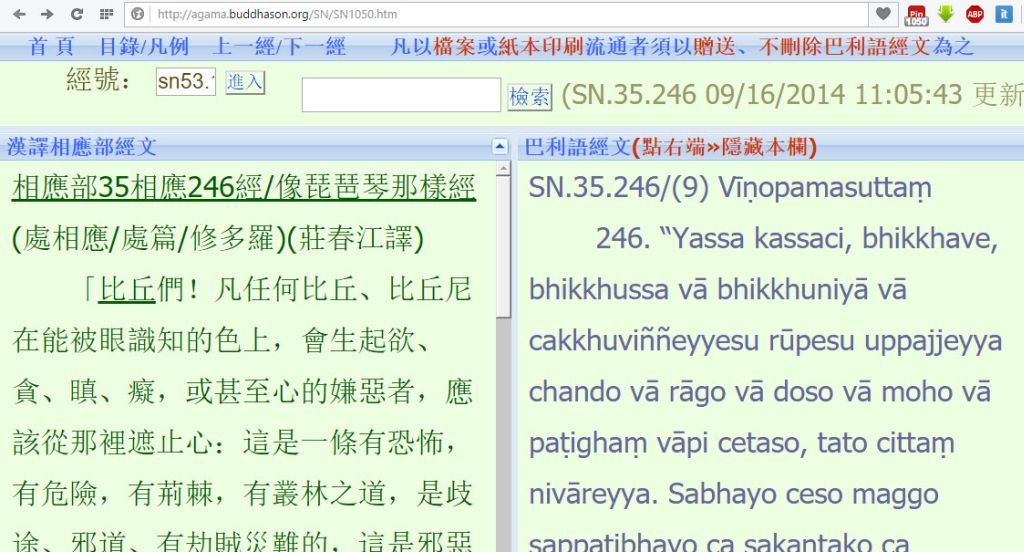 On suttacentral the Pali text hasn’t been deleted. The Chinese and the Pali are still effectively side by side, they are just displayed in a different way to that used on the translator’s website.

It was a recent correspondence with the translator that revealed this bug. I just didn’t want this bug to cause unnecessary misunderstanding to the translator

Thanks for mentioning this, i wasn’t aware. I hope that the way we present texts on SC is suitable; as @Qianxi says, we still have the Pali, just organized differently.