Nothing really serious, just thought i’d bring to your attention, although you may be aware of that already

in a post regular view the display fluctuates in response to a pointer hover: the font gets bolder, rounder, smother and nicer for a second, then reverts back

above (right after hover), below (stable view) 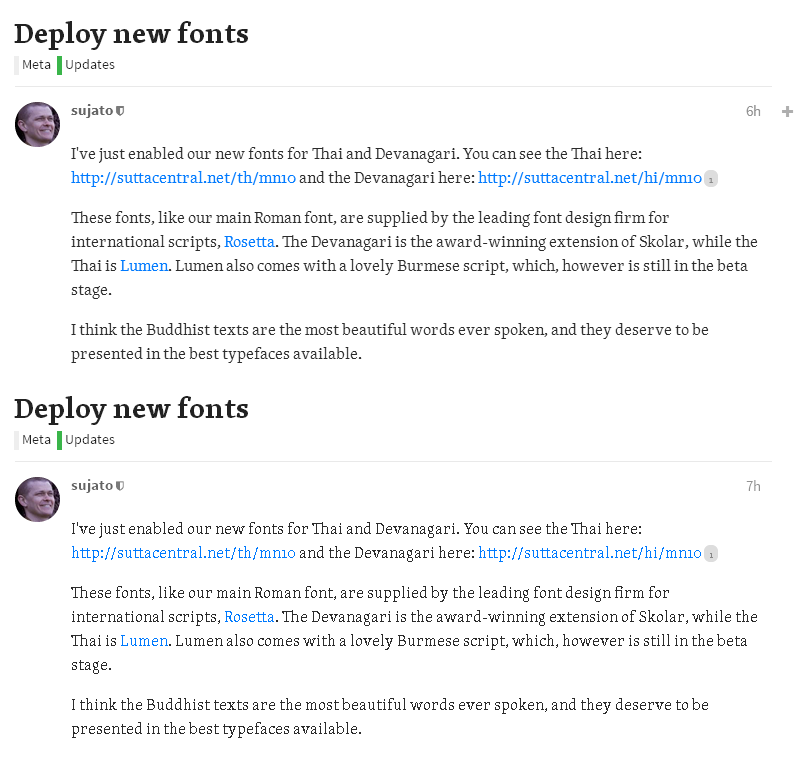 in Reply view as well the font is bolder, rounder, smother and nicer than in the regular view
here at least it’s obvious that the fontface is pointedly different 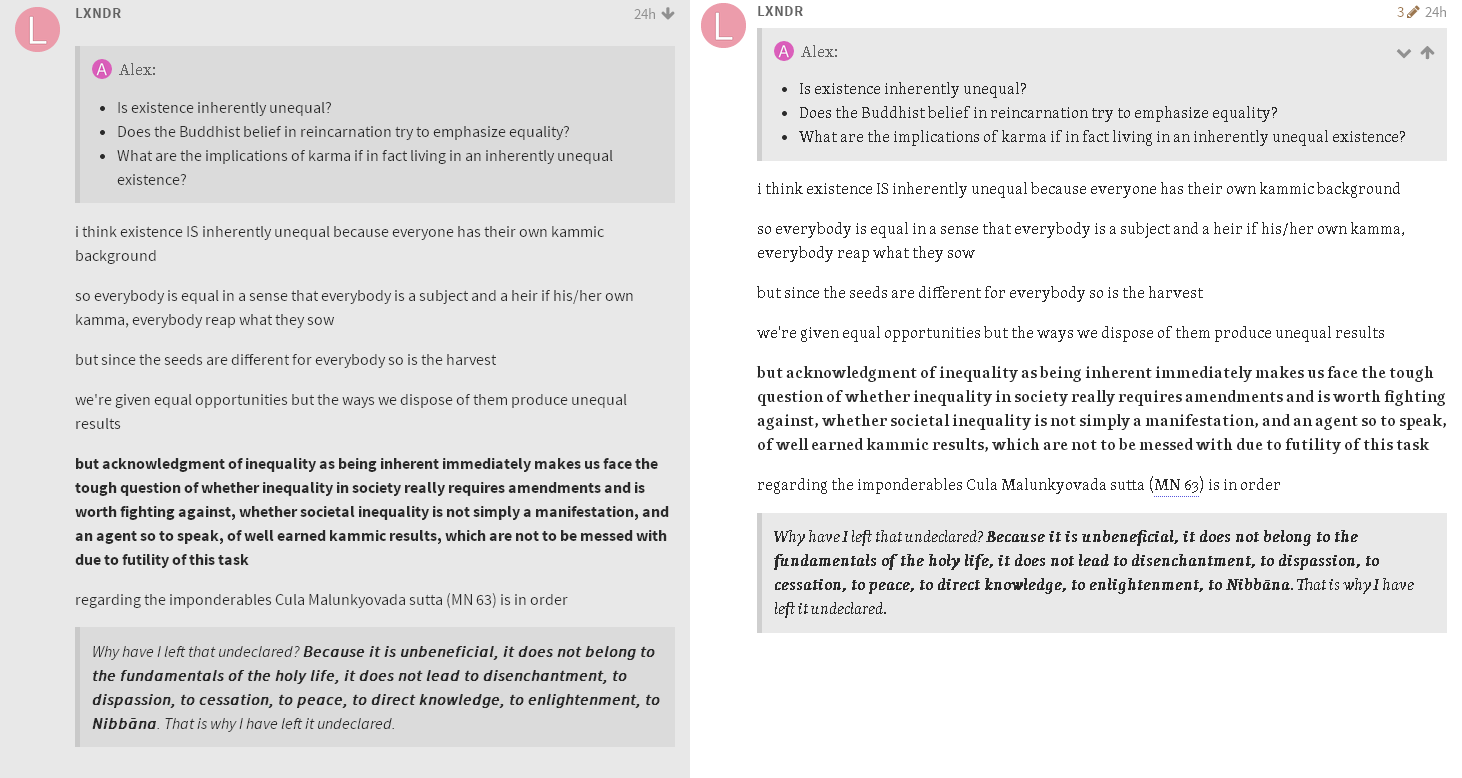 That is very weird. Thanks for pointing it out. May i ask two questions:

Given that the display problem appears across both serif and sans serif fonts, it can’t be the fonts themselves. Perhaps it’s a strange interaction between the browser and the javascript on the site. If you could try with a recent release of Chrome we could see whether it is a bug worth chasing down.

i need to apologize for false alert, as in the latest Chrome version on Windows XP such a phenomenon is absent

what still mildly topical however is a certain crudeness and thinness of serif font display in the regular post view in Chrome, especially italics, as opposed to FireFox and the momentary deviation i spotted in Chrome older version, sans serif is displayed properly in Chrome

this is a matter of taste of course and if it stays true to the intended text styling, it’s fine with me, it’s not my aim to engage you in additional work, all the more so as overall the site feels great and i’m enjoying the cool and innovative features and design i’ve never come across elsewhere

No that’s fine, any and all bugs are useful to know about.

Font display on XP is not great, and I think a newer OS won’t display such problems. There are some ugly CSS hacks to address these issues, but I’d rather just wait until XP goes away…