This same thing to a lesser degree happens in Buddhism with the Dharma names of mendicants. I will use Ven @Dhammanando as an example, if he does not mind. There are at least two monks with this name (and likely far more I would imagine), because there is also a Ven Dhammananda who has a Śrī honorific before his name. Now, we use o/a to differentiate (and I would like to take this opportunity to ask the Venerable if he observes this o/a distinction to differentiate himself from the other), but in the Pali that these names are words in these seem to be completely the same word, just one is in stem form and one is declined. Is this mistaken? If so, this is a bad example.

Is there a “non Papa” tradition in the Buddhist world for differentiating between Venerables with essentially the same Dharma name?

No, I just use it because it’s the Thai custom to use the nominative case. Had I been ordained in Sri Lanka or Burma, then I’d be using the pre-inflected form, Dhammānanda.

Is there a “non Papa” tradition in the Buddhist world for differentiating between Venerables with essentially the same Dharma name?

In Thailand confusion is rare because a monk’s Pali ordination name is not used at all in everyday interactions (except among Western monks in the Ajahn Chah tradition). Instead he will be addressed and referred to by his birth name or his nickname if he’s an untitled monk, or by his Sanskrit title if he’s been appointed to some position like phra khru or chao khun. His Pali name will only be used for certain formal purposes, such as when reciting the Pali formula for a saṅghakamma in which it’s required to announce the name of the monk whom it concerns or who is presiding over it, when addressing the envelope if you’re sending him a letter, or on the cover of a book, if he happens to write one.

In Burma it seems to be the custom to refer to abbots by the names of their monasteries rather than their Pali names: Ledi Sayadaw, Mahasi Sayadaw. I’m not sure how confusion is avoided in the case of non-abbots.

Due to the Sri Lankan tradition of adding birthplace names, there was a time just over 20 years ago at Bhavana Society when the resident monastics were, in addition to Bhante Henepola Gunaratana, Vens. Riverside Rahula, Detroit Dhamma and Charlotte Sudhamma.

Well, there are worse things. One might, for example, be an Aussie from Bland, a Scotsman from Dull or an American from Boring.

The Scottish town of Dull, which is partnered with Boring in the United States, has entered into a banal axis with Australian town Bland.

Or worse still, a Yorkshireman from Crackpot, a Dutchman from Nutter or a Sudanese from Loony. 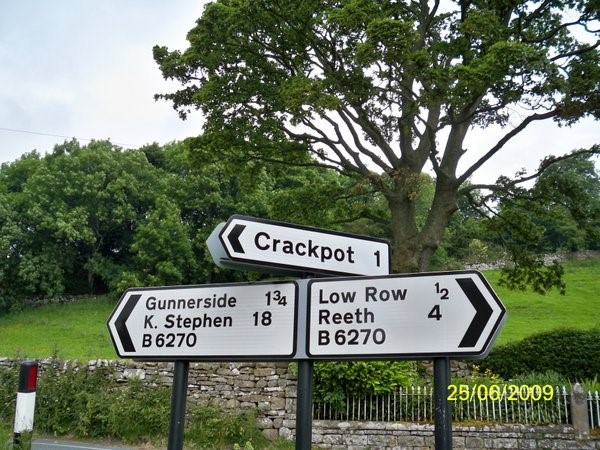