Congratulations to the Australian bird of the year: the magpie!

The kookaburra might be louder, the emu larger, and the 28 more colorful. But there is no bird closer to the hearts, and nightmares, of Australians than the humble magpie. 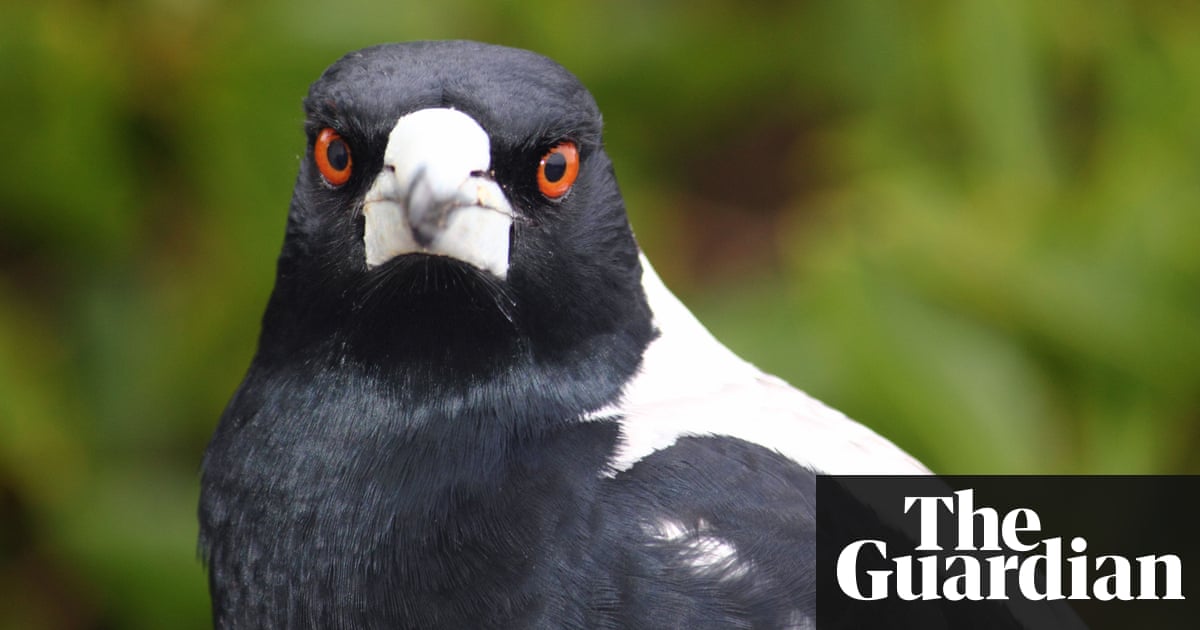 Magpie wins Australian bird of the year poll – as it happened

Australian magpie pips the ibis and laughing kookaburra in the Guardian Australia/BirdLife Australia poll after weeks of controversy, a powerful owl voting hack and a strong #teambinchicken social media push

Haha outrage! I wrote in the Southern Boobook Owl, but to no avail… Aussie birds are the best tho!

Unfortunately, your vote was wasted due to the lack of preferential voting. This was rightly condemned by the University of Melbourne Student Union’s (UMSU) Students’ Council:

The motion, which was introduced to Students’ Council yesterday by Daniel Beratis and seconded by Molly Wilmott, condemned the first-past-the-post voting system as “un-Australian”, given the Australian tradition of preferential ballots.

“UMSU affirms the right of all Australians to rank people, places and things, but not necessarily in that order, at any time, at any place, anywhere in this great southern land,” the motion reads.

I’ll have to let the young Maggie outside my room know. It so wants to be a big tough magpie but gets so easily distracted, much to the disappointment of it’s mother.

I’m a lifelong kookaburra fan. I get so happy when I get to stay somewhere with them. We don’t have any at the vihara in Adelaide. Not enough bush. I can hear them in the distance at NBM, but it’s too cleared here too. My mums has a lot at her place.

We were talking the other day about that very noticeable bird call at Santi. I haven’t heard it anywhere else. One of the NBM Anagarikas thought it was an alarm clock! Blerp blerp blip! Any ideas what it is (from my awesome description)?

Blerp blerp blip! Any ideas what it is (from my awesome description)?

Hmm, that description is a little too technical for me.

The problem at Santi is there’s so many lyrebirds, so basically any sound could be them!

The problem at Santi is there’s so many lyrebirds, so basically any sound could be them!

Then it’s a lyrebird who really likes the sample from The Chemical Brothers track ‘Galvanized’.

Which is what it reminds me of. (I only just found out the song name)

Yeah, probably some tradie was playing it.

The kookaburra might be louder, the emu larger, and the 28 more colorful.

But they don’t play football!! 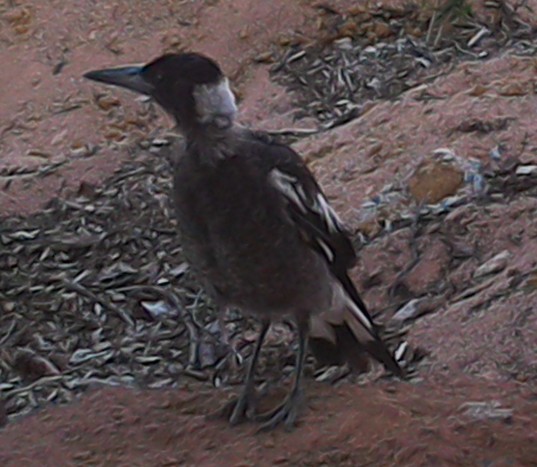 This is Frankie, a magpie at Dhammasara who was smaller and weaker and always harassed by the other magpies. Some of the nuns started feeding her so she could survive…

We were friends while I was staying there.

This bird can change sounds at the flick of a switch.

Has a thing for biscuits but only certain kinds!

They also told me Frankie was the former monastery dog

This is Frankie, a magpie at Dhammasara who was smaller and weaker

Thia is what happened when you live one meal a day!

They also told me Frankie was the former monastery dog

Why did they say that?

I guess because someone there thinks the dog was reborn as a new monastery pet.

This bird can change sounds at the flick of a switch.

Well, it cant beat the human beatbox! Be patient to listen to the last.

someone there thinks the dog was reborn as a new monastery pet.

I have a jackdaw as a pet

I found her on the street with a broken wing and since she could not fly anymore she became a pet. Jackdraw, Magpie, Crows - are among top 5 most inteligent animals.