Consciousness The Lord of the World?

The lord of the city’: this is designation for consciousness

Do Buddhist believe everything is conciousness?

When the Buddha said in Dhp 1;
“Manopubbaṅgamā dhammā” he meant the same thing IMO.
With Metta

Exactly. Why do nowadays people misunderstand a simple thing.

Do Buddhist believe everything is conciousness?

Another question is: Do Buddhist experience anything outside consciousness?

Yogacara Buddhists teach that all is Mind

As far as I know, Asanga and Vasubandhu were saying that our experiences are merely manifestations of consciousness, rather than truly existing objects. It’s primarily about the nature of perception.

The Yogacara model of human experience is not so different from the six sense fields in the EBT’s. In SN 35.23, the Buddha says that “the all” simply refers to this (i.e. because this is what we actually experience). But the point in Yogacara and the EBT’s is to let go of these things.

To be fair, Theravada Buddhists traditionally reject pretty much anything that is not the Pali Canon. That includes most developments in the history of Indian Buddhism.

Consciousness is impermanent. What’s impermanent is suffering. What’s suffering is not-self. And what’s not-self should be truly seen with right understanding like this: ‘This is not mine, I am not this, this is not my self.’ Seeing truly with right understanding like this, the mind becomes dispassionate and freed from defilements by not grasping.

Being one of the five aggregates, consciousness is by its nature impermanent.

I didn’t say Supreme Consciousness as in permanent my friend. Just the best state of consciousness

I just found this interesting 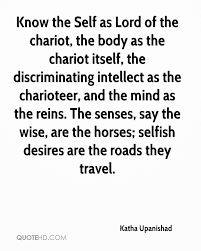 The idea in Buddhism is that actually there is not separation. Everything is actually connected and we see in terms of superior equal and inferior. Removing the appearance of self in the mind there is no Separation. Then there is seeing all as just connected. I believe Buddha just used Mind in place of self. And consciousness without naming it self. 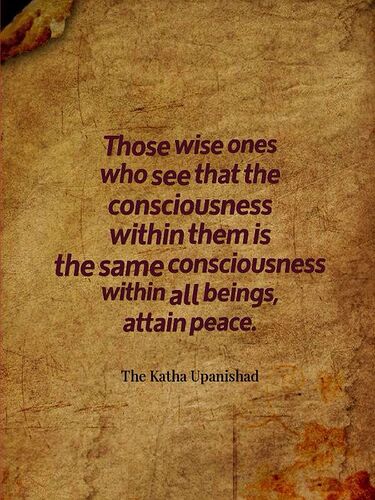 I take it as just confirming the existence of other people and their pain and suffering. As the Buddha said, “there is mother and father and the effects of our actions.” This is a necessary, though insufficient, condition for the arising of peace, namely, right view.

Haven’t you read the Anattalakkhana Sutta, Cula Saccaka Sutta, and Cularahulovada Sutta? How could you put Consciousness as Self?

I think in fact you have to overcome consciousness to enter the realm of the non returners. There is a 4th jhana realm that you would instantly fall from, if you develop a thought even just for a split second. Stay blessed everyone