Do not be greedy over a share,
do not be jealous of what is not your due,
do not be greedy against your kin.
The mild man receives more respect than the strong.
The one who goes out under his kin is a miserable man,
deprived of the profit of speech.
A fraction of the object of greed
creates a quarreler out of a cool temperament.

I think my karma has just run over your dogma.

As for the fool unable to hear,
nothing can ever be done for him.
He sees wisdom as ignorance,
and what is good as what is painful.
He commits every error,
to be accused of it each day.
He lives on what one dies of,
corrupt speect is his food.
His character in this is well-known to the officials,
saying ‘living death’ each day.
His faults are passed over
from the sheer number of faults on him each day.

I’ll be back - Arnold Schwarzenegger (The Terminator)

Brilliant! I never thought of the Terminator as remotely buddhist

It’s about the cycle of life and death. No matter what they do, death cannot stop. “I’ll be back” is not just a one-liner: it’s how death works. They’re trapped, and death always comes back.

Hence, “come with me if you want to live”.

(There may or may not be a homage to Sarah Connor in my book the harbingers.) 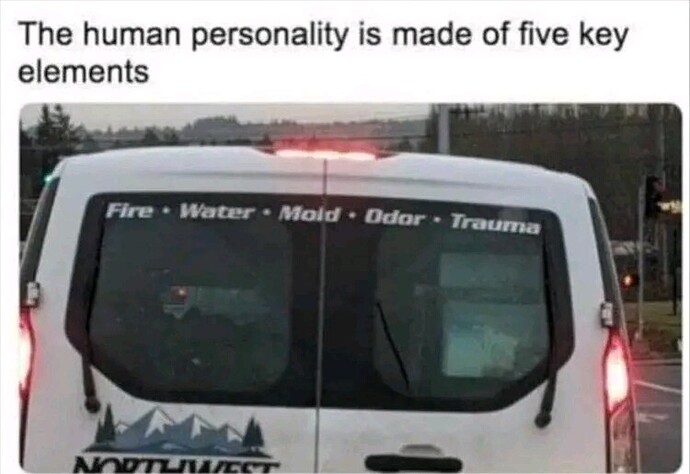 Ive got one from the Zhuangzi;

"Out beyond ideas of wrongdoing and rightdoing, there is a field.
I’ll meet you there. " Rumi

This phrase was translated by Coleman Barks, who speaks neither Farsi nor Persian. His verses can be inspiring and beautiful, but they are not real translations of Rumi, but more freestyle “inspirations.”

Coleman Barks, who speaks neither Farsi nor Persian

And who learned Sufism in Sri Lanka.

I was a bit surprised to learn of the extensive presence of Sufism there, apparently mostly in villages.

I should say that I for one am more than happy for quotes to come from anywhere, so it is of no account to me if the line is Coleman Barks or Rumi, I just want things that are “Buddhist sounding” but not actually canonically Buddhist.

The canonical stuff of other religions and cultures are quite amazing IMO, like the ZhuangZi stuff that seems to anticipate dependant origination, but I am equally a fan of the Hamlets and the Led Zeppelin’s, so by all means, bring em on!

I think it is definitely worth noting that Barks is not actually qualified to translate Rumi, but I also think that in fact, especially since Barks is definitely NOT claiming to be doing an “academic” translation, but rather a more “spiritual” or “inspired” translation of the “deeper meaning” of the material rather than the word for word sense, that he actually does a pretty good job on the whole of capturing something, perhaps if only something of the reception of Rumi by Sri Lankan Sufis…

The quote above is from Divan-i Shams-i Tabrizi Quartet no 157, in Persian it reads;

Beyond heresy and faith, there’s another place,

we yearn for what’s in the midst of that desert plain.

When the gnostic arrives there, he prostrates his face,

there’s no heresy, faith, or place in that domain.

It is out of disbelief and out of Islam

It takes us into that melancholy space

Neither infidelity nor Islam nor there

and Coleman Barks once again;

Out beyond ideas of wrongdoing and rightdoing, there is a field, I’ll meet you there.

When the soul lies down in that grass, the world is too full to talk about,

ideas, language, and even the phrase “each other” doesn’t make any sense.

So there is clearly a lot in Barks that is added, however the gist of “beyond right and wrong” or “beyond islam and heresy”, there being a place that transcends values, or even transcends “place” is pretty clearly there in the original, and so I am happy for it to pass as “sounds buddhist”.

I should also say that it was pretty nightmarishly difficult to actually source the original of the poem, seems like no-one likes to actually give sources in these debates.

He who never forgives is destined to live bitter memories in his own hell.

if you cannot explain simply to somebody any subject, then you do not understand that subject.

The first principle is that you must not fool yourself — and you are the easiest person to fool.

A very great deal more truth can become known than can be proven.

You can’t say A is made of B
or vice versa.
All mass is interaction.

One of the miseries of life is that everybody names things a little bit wrong, and so it makes a little bit harder to understand things than it would have been if they had been named differently.

You can recognize truth by its beauty and simplicity. When you get it right, it is obvious that it is right—at least if you have any experience—because usually what happens is that more comes out than goes in. …The inexperienced […] and people like that, make guesses that are simple, but you can immediately see that they are wrong, so that does not count. Others, the inexperienced students, make guesses that are very complicated, and it sort of looks as if it is all right, but I know it is not true because the truth always turns out to be simpler than you thought.

He will easily be content and at peace, whose conscience is pure…

How quickly passes away the glory of this world…

If you cannot mould yourself entirely as you would wish, how can you expect other people to be entirely to your liking?..

A man is hindered and distracted in proportion as he draws outward things to himself.

3 posts were split to a new topic: Are material elements considered dukkha in Buddhism?

“Whose self, subdued, is satisfied
by knowledge and insight, aloof,
and sees clods, stones and gold nuggets
as one, is said to be a yogi.”