Could this be a more harmless lighting option for the future?

These would be great in kutis in the forest. I know some of the kutis at Santi don’t get enough sun for their solar batteries in winter.

wow yes this would be pretty useful for Kutis, and can double as a place for people to put their backpack(as the weight)

EDit: even though it says it’s brighter then an oil lamp… there is something to the charm of an oil lamp that just beats out any other modern lamp for me, I’d still stick with the oil lamp myself lol.

Seems to be a very good idea to used in bath rooms, toilets

Y’all use oil lamps?
I guess it’s not a thing here because of fire risk. One accident and the whole state could catch fire.
I’ve only seen LED lanterns here

I had a friend at Uni who majored in solar energy engineering. I met him a couple years later and caught up: “Watcha doing”, I said. “Working for Shell” (or BP or someone) he said.

When I’d wiped my beer off the table, and managed to frame a coherent response, he just said, yeah, that’s how it was. The oil companies simply employed all the renewable energy graduates, offering them wages that alternative companies couldn’t match. This was WA in the 80s, so I couldn’t say how widespread this was.

Having said which, it looks like an awesome concept, which would be great for toilets and so on, or else for kutis.

Actually I was joking.
Last thing what you want to do is to pull a 12kg sand bag just before enter the toilet.

Great thing they’re at least using some (even if virtually nothing)) of all the money WE all give them for something less unsustainable!

Actually I was joking.

Last thing what you want to do is to pull a 12kg sand bag just before enter the toilet.

Wow!
You just more than a pretty face.

Last thing what you want to do is to pull a 12kg sand bag just before enter the toilet.

Right? It is a time of tension and urgency!

But it occurs to me: we generate energy when we use the toilet: why not use that?

We also can use the weight of sitting down or climbing down a stair to create energy.

, we don’t allow retreatants to use candles for safety reasons, but oil lamps are in every kuti. I suspect most visitors just use their flashlight because they’ve never had any experience with such a device, I remember even myself having some issues with it at first.

We reside in an area that is half off the grid in some aspects, people mostly use firewood to heat their homes around here. Some of our Kutis are wood stoves, most are gas, which is 3x more expensive. 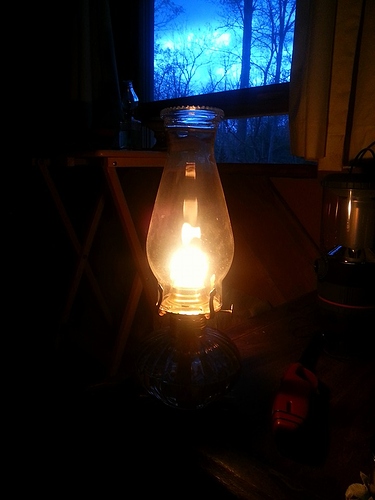 This is where, venerable?

In Oz, I banned all candles, lamps, and so on due to the danger of bushfires, although we still used wood stoves for heating.

West Virginia USA in the mountains. While we do have our dry periods I’d imagine a damp mountain forest is still probably not a tinder spark waiting to happen like you might have in Oz.

we have had some close calls in the deep past, but all related to improper wood stove use and coals, not lamps. We have actually been gradually moving towards wood stove kutis being only for residents, as it takes a lot of effort on my part to train people in the middle of trying to organize the retreat.

There is a new Thai Forest monastery near us that has solar with usb charge ports and little lights, Bhavana Society probably is a relic from a former time(we are the oldest Theravada forest monastery in USA).

That’s what I thought. Yes, the fire situation in Oz is unparalleled. It’s now just the start of the fire season, and there’s 67 bushfires, with 26 of them out of control. 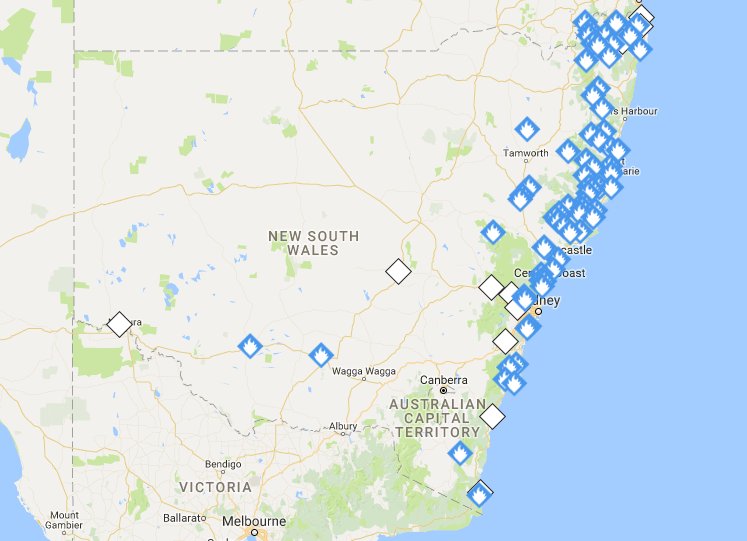 In the 1980s Shell had a different policy, which they abandoned afterwards. They brought out a video explaining climate change then and circulated it in schools to raise awareness. And yes, they started up a department to investigate renewable energies. However, when a new board took over, much of this was wiped under the table but it seems that the new board is ready to pick it up again. They also wrote a letter to Trump asking him to please respect the climatechange-agreements.

If only they were now also willing to pay all the earthquake-damage they caused in the village my family came from!

More Earthquakes in Loppersum, the Netherlands

In Loppersum, the Netherlands, residents fear an increase in earthquakes from drilling for natural gas.

But this gravity-light technology is already very old and very easy to make yourself. It was used in clocks for centuries. Here’s just one option but search the internet and you’ll find many:

I had a friend at Uni who majored in solar energy engineering. I met him a couple years later and caught up: “Watcha doing”, I said. “Working for Shell” (or BP or someone) he said.

I had a similar experience. I have a friend who was a very well read, atheist ( still is ) philosophy major with me back in the day. I ran into her a few years later. She is a rabbi.