Craving as source of nutriments or fuel

In several suttas, for example, MN 38 SuttaCentral we come across statements such as:
“Mendicants, there are these four fuels. They maintain sentient beings that have been born and help those that are about to be born. What four? Solid food, whether coarse or fine; contact is the second, mental intention the third, and consciousness the fourth.
What is the source, origin, birthplace, and inception of these four fuels? Craving.”

Now my question is this: How is this to be understood specifically in relation to the first fuel, solid food? How is craving the source, origin, birthplace, and inception of solid food? I have so far thought of two options.

Any thoughts on this would be appreciated. If anyone knows any works that give a detailed analysis of nutriments/fuels, that would also be welcome.
@Moderators, please feel free to move this to a more appropriate section.
Thank you.

Craving is the cause of rebirth in the sense realm. It not only is the source of the body, but also the support system for the body including the world:

Thanks @paul1 Can you elaborate on this? My issue is I am having difficulty going from general principle (as you stated) to a particular situation (solid food).
With metta,

The craving comes from the previous life and causes the arising of body and support system. This is difficult for those conditioned in a western epistemology to understand. Beginning to understand it proceeds from reversing the materialistic view that world is centre, to human being as central. 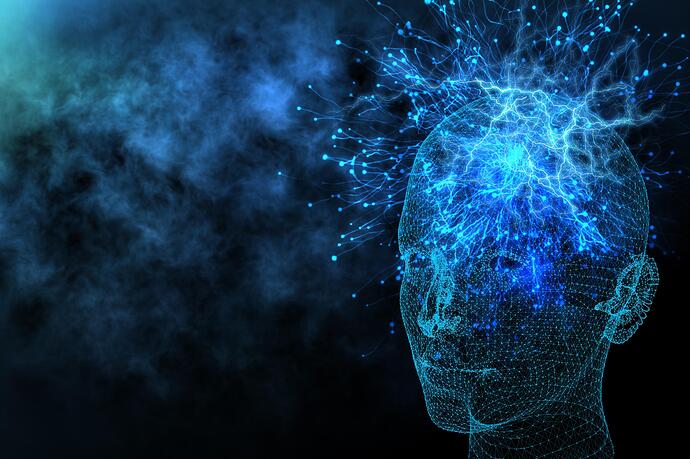 Is the physical universe independent from us, or is it created by our minds, as suggested by scientist Robert Lanza?

Sight is the food for the eye. When one craves for nice scenery and makes eye contact, the scene becomes known to oneself. Having awareness of the scene as a subjective experience, the body is felt. ‘I’ see as a result of ‘my’ desire to see.

Same for the rest of the senses.

That is my way of understanding.

Thanks for that link! Very interesting - I downloaded the quantum gravity paper and books by Robert Lanza. Here, I would like to stick with the lens of the dhamma. I believe if such questions are viewed from the lens of AN 4.45, it can show a way to understand other suttas.
Whatever else “exists” or does not is irrelevant. My experiential fact is that there is a body (due to past kamma +craving, which for now I can’t verify but that also doesn’t matter). With the arising of the body (sentient), there will be feeling (hunger etc. also due to fruition of kamma or new) and craving (for continuation or for more of the same). Even the concept of food or fuel gets born out of that necessity. The same goes for other kinds of fuels.

I think this way of looking works for now until it can get replaced by a more accurate experiential knowledge.
With Metta

Thanks for the response. I see the way it works with other fuels in the manner you described but solid food was giving me a bit of a pause. That has to do with the habit of thinking that things “exist” objectively and independently. So for example, how does an apple get born because of craving? If I start on the wrong track then wrong questions like “who’s craving?”, “when did it happen first?” etc. etc. arise.
with Metta,

I had the same ‘bit of a pause’ regarding the solid food case. My best guess (at the time, fully open to revision) was much like your second option, that…

craving makes them recognized, labeled, and used as food and fuel

…because it reminded me of a curious 10 second soundbite in the first dhamma talk I ever heard.

So for example, how does an apple get born because of craving?

At a stretch one might end up saying this ^^ if one started with a premise that horticulturists are not producing altruistically…maybe? The company Apple perhaps, but that’s not solid food.

If anyone knows any works that give a detailed analysis of nutriments/fuels, that would also be welcome.

Excellent essay! Thanks @Danny Exactly the kind of thing I was looking for.
with metta

The state of public debate is at the point where the Hindu view could predominate, the world could be heading for a Hindu inspired future:

"I’m the first to admit that a purely material, physical world is ultimately a dead world, devoid of meaning or significance. I don’t want to live in such a world. The material realist worldview, which presumes only physical matter is real, means that I have no soul, and that my consciousness dies with my body. How depressing.

Dr. Goswami posits instead a worldview of monistic idealism, where consciousness is the basic element of reality, and matter is secondary. The “monistic” part of this worldview means that reality is one unitary organic whole with no independent parts."—Lesher, review of " The Self Aware Universe: How Consciousness Creates the Material World."

The Theravada view is current consciousness creates existence in the sense realm, but that transcendence of this realm can be achieved dependent on moral behaviour in this life. This is not a ‘unity’ (monism) with the sense realm, but leaves open the opportunity of ascendance, so is dual in nature. There is the current ‘conventional reality’ or samsara, as well as the gradually known ultimate reality.

Apart from rebirth, the fact that perceptions condition reality can be seen in immediate experience when changing views give rise to changed perceptions. Path progress is based on that mechanism.

A layperson speaking, indicating the unconditioned is discerned from the beginning in a process of contrast:

That’s an interesting 10 second soundbite! I listened from a bit earlier point to put it in context. The Venerable seems to say that the Buddhist discipline is to turn our attention from the external world to the internal world in order to see clearly that our minds create our perception of the outer world rather than the outer world causing our minds to perceive a certain way. That what goes on in the mind is what informs how we, in turn, interpret the way things are out there. It’s a perfect illustration of the reciprocal dependence between namarupa and vinnana!

Perhaps the Buddha and arahants have ended craving for solid food but continue to eat merely to give the body fuel to keep the body alive and not because they crave food (sensual desire).

The behavioral and mental attitude training is laid out in MN 39, SuttaCentral It deals with each nutrient and more.
The segment on food is (as you have said):
“ What more is there to do? You should train yourselves like this: ‘We will not eat too much. We will only eat after reflecting properly on our food. We will eat not for fun, indulgence, adornment, or decoration, but only to sustain this body, to avoid harm, and to support spiritual practice. In this way, we shall put an end to old discomfort and not give rise to new discomfort, and we will live blamelessly and at ease.’ Now, mendicants, you might think, ‘We have conscience and prudence, our bodily, verbal, and mental behavior is pure, our livelihood is pure, our sense doors are restrained, and we don’t eat too much. Just this much is enough …’ ” This is meant for monastics but the general principles still apply to lay followers as well.

Hello, some of my thoughts for consideration.

That has to do with the habit of thinking that things “exist” objectively and independently.

Interestingly, I thought about this recently. In the sutta, it says depending on objects and sense bases, consciousness arises. Meeting of the three is contact. However, what we actually know of is only the phenomenon that present itself to the mind. The objects, sense base and consciousness are inferred to be present.

Suppose virtual reality gear becomes so advanced that what you experience in virtual world is indistinguishable from real world. Would one know if the thing one experienced comes from virtual or real world? So I guess we may never know if things exist objectively. Maybe what more importantly is to know the reactions toward the phenomenon. Unskillful reactions lead to afflictions so they should be abandoned.

So for example, how does an apple get born because of craving?

I don’t suppose an apple would magically appear as our food because of craving. Due to contact born out of ignorance, one is driven by craving to take on activities to satisfy that desire. This is what the agama says:
无明触生爱
缘爱起彼行

Desiring beautiful scenery, one plans for a vacation to an exotic destination. Or desiring apple, one picks up an apple and eat it. In any case, activities are carried out based on one’s desire. With activities, body arises.

@Moderators, please feel free to move this to a more appropriate section

This reminded me of this recent article 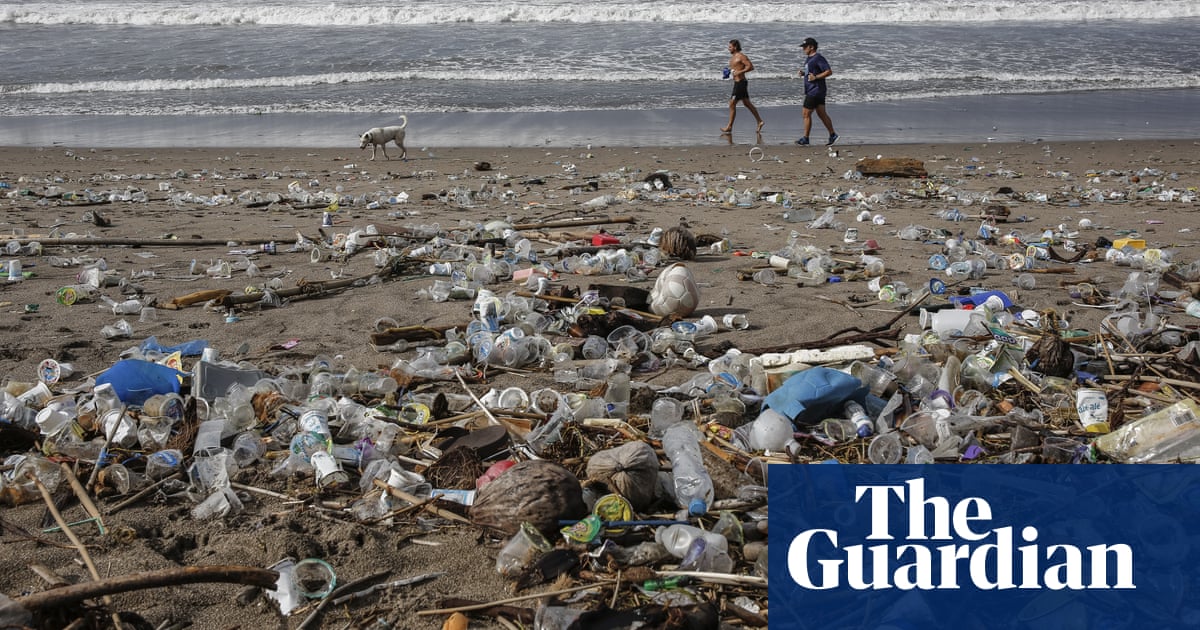 Bugs across globe are evolving to eat plastic, study finds

@stu Interesting. Thanks. As it turns out I am doing an outreach project with high school students as we speak about plastic eating mealworms! This will be useful.