Cryptno: the moral failings of cryptocurrencies and allied tech

I think we need to distinguish between livelihood and the tool used as money.

Livelihood is what someone does for a living. It should be as moral as possible.

As a convention, money is used as a:

Historically, money has many forms - From seashell, gold, representative note (representing gold), analog fiat (physical note) to digital fiat (what you see on Internet Banking). If central banks will have their way, we are looking at central bank digital currency soon.

The form of money changes with time. It is an example of impermanence.

The training in sila is in support of other path factors. Alienating labor from the means of production has been discussed by economists, Marx comes to mind. In some Buddhist schools, doing simple and mundane tasks seems to be conducive to the practice, such as sweeping with a broom or cooking or farming. The nature of the activity seems relevant. It is difficult to imagine peaceful people engaging in cryptos.

The really insidious thing at least in my mind is the impact on the environment. A massive amount of electricity is consumed just to produce some unique numbers. The electricity is not even going towards anything particularly useful. The major effect of cryptocurrency mining is just that it wastes resources and harms the environment. That should be enough reason to avoid it.

Of the top 10 cryptos, only 2 of them using proof-of-work mining. And in the future, ETH will migrate to proof-of-stake that uses much less energy. Newer cryptos don’t use mining at all.

Maybe, this is enough reason to learn more of what (if any) good, cryptos can do. And when (/if) cryptos become mainstream, how to live morally with them.

So i’m really sorry everyone, I have to take it back. it isn’t the case that crypto, blockchain, and NFTs are completely useless technology whose only purpose is to take cash from rubes and give it to crooks. It turns out there is a genuine use case!

You are probably familiar with the concept of “reality TV”. Now as I understand it, it’s a genre that creates completely artificial fantasies and manipulates people into thinking its reality. Which is a pretty good metaphor for the world we live in!

One reality show is called 90 Day Fiancé. The idea, according to Wikipedia, is that an engaged couple get a visa that lets a foreign partner stay in the US for 90 days, within which period they have to get married. Whatever.

One of the … stars? participants? performers? … not sure, but anyway one of the participants, Stephanie Matto, wanted to parlay her fame into a career. Makes sense. And she managed to do so by becoming a fartrepreneur.

What, you may wonder, is a “fartrepreneur”? Well, she farts in a jar and sells it to people over to internet. Apparently there are discerning gentlemen—maybe ladies too!—with cash to spare and the inclination to enjoy said farts.

It’s just supply and demand, right? She has something that people want, and they are willing to pay for it, and no-one’s getting hurt. Fine!

Unfortunately, however, the lucrative nature of the business promoted Ms Matto to increase her productivity the only way she knew how: a diet of fart-friendly foods. Her path led to ever-greater extremes of diet, until a day of reckoning arrived and she ended up in hospital. Don’t worry, she’s okay! But the doctors recommended a more balanced diet, putting an end to her industrial scale fart-production.

So far, this is a salutary lesson in capitalism, its opportunities and its costs. She had a good thing, but got caught up in greed, and ending up hurting herself. Time, perhaps, to consider a more healthy and meaningful career.

But wait! Not so fast! She has figured out how to pivot to NFTs. Now she creates NFT tokens of her fart jars and sells them. Problem solved! No need to actually fart in a jar, with all the attendant health risks. She can simply sell an entry in a spreadsheet that virtually represents a fart in a jar.

You can’t actually smell the farts, of course, so what is the point? Her slogan: Imagine the smell! Yes, that’s right, buy the NFT, and indulge in the imaginary smell of farts!

What do you pay for the unique digital representation of an imaginary fart smell? A mere 0.05 ETH, which is about $US 180 in real money. A bargain at half the price.

Just in case you were wondering, all this is real. You can buy your NFT here. Enjoy!

Be part of history with the first ever generative Fart Jar NFT collection - Imagine the smell!

I’m mostly speechless except to say there really is a sucker born every minute. Oy vey!

Money is a convenient way of survival. I think Bitcoin only follow these same principles as previous fiat currencies. What was first meant for survival evolved into greed. IMO Bitcoin was only a counter cultural movement against centralized finance which was dominated by the establishment. Cmiiw. Prior to the 70s, money was still backed with gold in contrast with contemporary free floating exchange rates. And prior to paper money and govt bills, it was precious metals that serve as a tool to store wealth and value. I think before people somehow agreed upon gold as an universal payment tool, it was preludes by bronze and copper. Since these metals have real world utility and not only some soft shinny pretty metal sitting on the table. Copper was useful to cut down trees and to hunt animals. Metals became money because they had real world value in everyday life. But somehow somewhere at a point in history they agreed upon that gold and silver should be worth more than copper, tin and iron. Only because gold and silver were rare. I believe this was preluded by precious stones being used as payment tools. This is how the rarity logic was shaped forth and ingrained in our societal psychology. But why are people greedy? Why do people love, even worship wealth and money? The main reason for this, I believe are fear and delusions. One form of delusion includes the believe that one is smarter than and know more what others don’t. Another form of delusion, I think is that we tend to believe that we are doing the right thing and in that, help other people.

Bhante over here just posted, by far, my favorite post that I have ever read on this forum.

The real demon in the room.

I have no wish to buy into slavery.

Your mentioned horror of bitcoin is plainly the horror or capitalism, and its complete and absolute failure to do anything but make people on the top extremely rich, and to leave those at the bottom hoping and praying for their big payoff. The one that is, as we all know, never coming.

So i’m really sorry everyone, I have to take it back.

Call me old fashioned, orthodox, or a devotee of all things Early, but nothing can replace this: Blazing Saddles / The Famous Fart Scene - YouTube

Last night I came across this excellent YouTube documentary that I think goes into a bit more depth on many of the same points Bhante made (it is, after all, nearly twice as long).

In what can only be sort of described as an attack, a “hacker” - by which I mean someone using the available cryptocurrency systems - gained complete control of cryptocurrency project Beanstalk, stealing $182 million in the process. Except they didn’t steal anything or do anything nefarious.

To describe the Beanstalk incident as anything other than a system working as intended is giving cryptocurrency developers far more credit than they deserve. This “$182 million hack” is the predictable, replicable result of directly connecting every cent within a project to a codebase, and allowing said codebase to directly create transactions with that money. It is libertarian democracy - you can vote, your vote matters, but all that really matters is who - and this can be one person - has the most votes, which in many cases can be as simple as “who has a lot of money.”

This is - as I’ve noted before - because of cryptocurrency fans not understanding that libertarianism means “anyone can do what they want,” which means “anyone, including the people with the most resources, can do what they want.” This means that if someone sees your system - a system involving votes that can be bought with money - they can choose to purchase a controlling share of these votes and do literally anything they want. You are also free to do what you want, but you will face restrictions based on the whims of those with more power, strength or resources than you do. 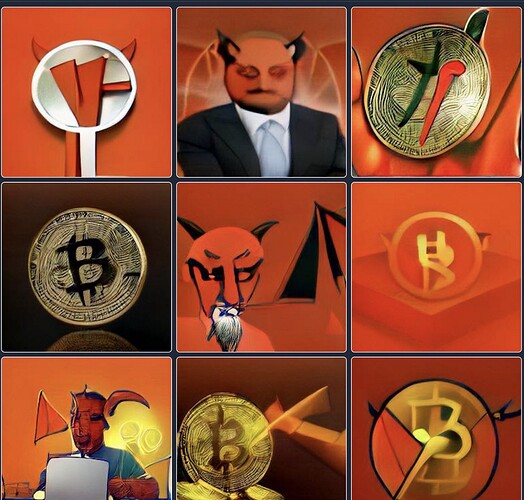 Cryptocurrency Is A Hideous Monstrosity Made Out Of Computers And Greed That...

Before It Devours The World, Part I

I don’t think calling cryptocurrencies “demonic” is much of an overstatement. Cryptocurrencies are not currencies. There is some cryptography involved but there is also cryptography involved in sending your mother a text message on your iPhone. The places these cryptocurrencies are sold are not “markets”. They are gambling platforms that are preying on and destroying (mostly) young people’s lives financially and psychologically. Underhanded tactics are constantly deployed to get these young people to bet more in riskier ways. The businesses profit by financially and psychologically breaking the players. They cheat their customers with the numbers (as of last December, 90% (!) or more of listed trades are fake according to Nasdaq) and even more so they cheat them with psychological pressure tactics. And then there’s the billions of dollars lost to just outright theft.

Running off with billions of dollars of Americans’ household savings is generally frowned upon and is one of those rare sins that does almost 100% of the time bring the attention of the government. It is probably safe to assume that soon that the eyes of Attorneys General all over the land are turning towards cryptocurrencies, but so far… nothing. Lots of those attorneys general are probably “invested” in cryptocurrency, just like no less than 23% of the country, so it will take a while for them to wake up. But when they do wake up, they will be feeling poorer and like they were taken for a ride by some boys bearing blockchains… and they will seek vengeance.

Cryptos are down about 40% to 75% since last December (since the time of Bhante’s warning about cryptos), but then again, so are many stocks (not as much, but still down) as it appears we are about to enter a recession (at least here in the U.S.).

edit: just checked; actually Dow Jones is down 15% and S&P is down 20% cryptos doing much worse than stocks.

“No matter what, those with money will end up being fine.” 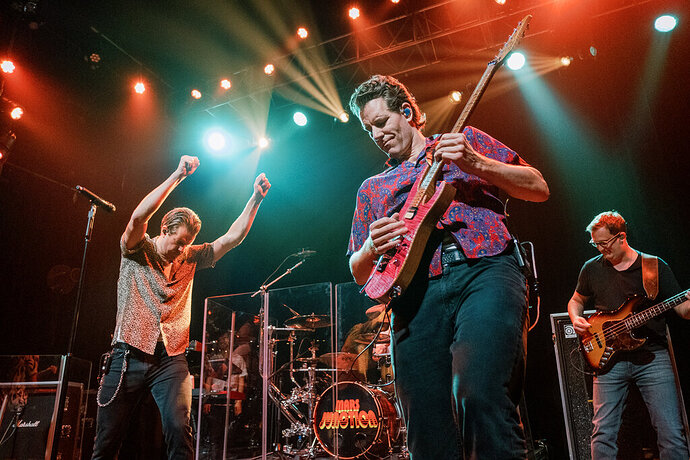 Crypto Crash Widens a Divide: ‘Those With Money Will End Up Being Fine’

No cryptocurrency investor has been spared the pain of plunging prices. But the fallout from more than $700 billion in losses is far from even.

One thing to remember: unlike real money, when the price of crypto crashes, no-one loses anything. They already lost it when they gave it to the crooks running the schemes, they just didn’t realize it.

Well, what they lost was the ability to screw over the next guy… which, karmically speaking, might be a good thing?