Are there any instances a troll is becoming an administrator or a moderator?

I felt like some of the moderators on the Buddhism Subreddit were trollish…but I’m not sure if they were purposefully so, maybe just sincerely misguided - so much so I can’t even tell which one is worse, an intentional or unintentional troll…

I personally think the word “troll” is overused. Its original meaning seems to have been something like “a person who intentionally provokes discord, hostility and bad feelings, out of a perverse desire to be hurtful and disruptive.” But it is sometimes used now to mean little more than “an argumentative person who says things I don’t agree with, and in a way I don’t like.” I think we should generally be very wary about calling people “trolls”, when all we really mean is that we wish they would conduct themselves a little differently. I have seen many cases in which a person is singled out as a troll, and ganged up on, simply as a way of enforcing narrow epistemic closure, and strengthening the co-dependent conformity of a group.

I think this is a very good point. I was banned from the Buddhism subreddit because I refused to acknowledge that all the sects of Buddhism were “equally accurate representations of Buddhism” and when I advocated for an “early Buddhist perspective,” my actions were seen as a “sectarian bias towards early Buddhism” for reasons such as “many people from all three major sects believe that the academics’ views are wrong - and academic views must be thus be treated as just another belief system that must be treated as equal to all three sects.”
Equality trumped evidence apparently.

The use of condemnatory and demeaning terms to discourage or mock certain behavior is used in many different contexts by people belonging to various persuasions. Some of the links shared above refers to “winning arguments” which is an interesting phenomena in my opinion. The relationship between winning an argument and what we perceive as “true” is referenced in the suttas with descriptions like: shoulders drooping, face down and loss for words. It seems to show that the emotional side of what we perceive as true cannot be overestimated.

This brings Pyrrho to mind, popular among many Buddhists:

“Whoever wants to live well must consider these three questions: First, how are pragmata (ethical matters, affairs, topics) by nature? Secondly, what attitude should we adopt towards them? Thirdly, what will be the outcome for those who have this attitude?” Pyrrho’s answer is that "As for pragmata they are all [adiaphora] (undifferentiated by a logical differentia), astathmēta (unstable, unbalanced, not measurable), and anepikrita (unjudged, unfixed, undecidable). Therefore, neither our sense-perceptions nor our doxai (views, theories, beliefs) tell us the truth or lie; so we certainly should not rely on them. Rather, we should be adoxastoi (without views), aklineis (uninclined toward this side or that), and akradantoi (unwavering in our refusal to choose), saying about every single one that it no more is than it is not or it both is and is not or it neither is nor is not. 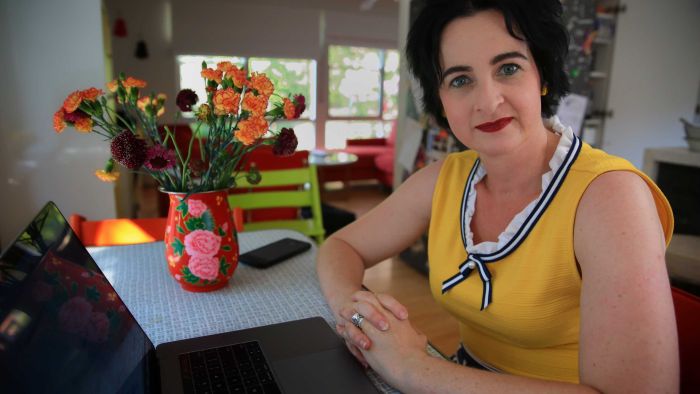 I interviewed hundreds of trolls. Everything I thought I knew about them was...

I'd been interviewing trolls for three years before I started writing my book. I thought I knew what I was walking into, but I had no idea, writes Ginger Gorman.

Whilst investigating what is a troll, came across the following article, 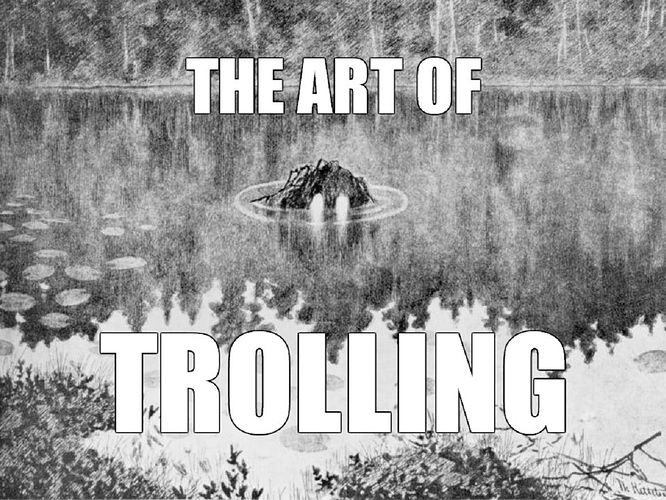 The Art of Trolling 3: Trolling the Scotch Forums

You know how, sometimes, on April Fool’s Day, some asshole will come up to you and go: “Guess what, I had oatmeal this morning!” You respond with “oh, cool” (or, a “whatever” followed by a jerk-off hand motion if you’ve […]

Bottom line, keep your trolls simple, avoid the temptation to rush straight to the ridiculous, and, whatever you do, don’t troll the www.whiskywhiskywhisky.com scotch forums. Those motherfuckers are far too polite.

Ultimate excellence lies
Not in winning
Every battle
But in defeating the enemy
Without ever fighting.
The highest form of warfare
Is to attack
Strategy itself.

Ultimate excellence lies
Not in winning
Every battle
But in defeating the enemy
Without ever fighting.
The highest form of warfare
Is to attack
Strategy itself.

When behaviour is seriously toxic, it’s appropriate that the material posted be removed promptly and the poster banned.

If behaviour is merely borderline, aggravating, or irritating the better line of action is universal avoidance and refusal to respond in any way. This takes personal discipline from every member of an online community, but it generally works a treat.

Posters with malicious intention simply get bored and go elsewhere to get their kicks, or up their game and display truly toxic behaviour that gets banned. Others learn (at various speeds) to adopt to the mores of the community, especially if helped along.

Most online communities can’t maintain such strict discipline, but perhaps a group of equanimous Buddhist meditators have a better chance …