There is a akusala mula paticca samuppada starting with avijja and ending with birth, decay and death. I have understood that according Abhidhamma this can be seen in real time in this very life and over (for example) 3 lifes. In the first case it shows how the mind in real time develops under influence of avijja and karmic formations and a certain mindset develops which is seen as a certain (psychological) birth. In the second case it explains rebirth after death.

The sutta’s also describe positive depend originations which lead to Nibbana.

I have summarized some of them (all from AN):

What I notice here is that mindfulness seems to play different roles. I often see that the base of satipatthana is morality. But there is also sati and sampojanna which is mentioned seperatly as a condition for sense-restraint.

There is also SN12.23 expounded on by Ajahn Brahmali here: 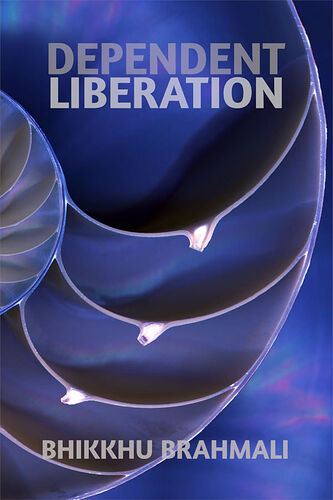 There is also SN12.23 expounded on by Ajahn Brahmali here:

The sutta descibes the following depend liberation (from Bodhi’s translation)

Interesting to notice that suffering here becomes a basis, a condition, for faith. That seems true to me.
One can also see how important the element of joy, happiness, pleasure is. I understand it this way: without this element mind starts seeking externally for pleasure. Then it is not rightly concentrated and directed. An unhappy mind is a seeking mind.

The term akusala-mula/kusala-mula paticcasamuppada is actually not quite right.

Mundane paticcasamuppada is not always akusala-mula. It can also kusala-mula.

Avijja is the non-arising of vijja. Vijja is the wisdom of insight that will condition to liberation. So people who do good (kusala), if it is not accompanied by vijja, then their good deeds are still defiled by avijja. Furthermore, in good deeds there are still karmic intentions which condition tanha as anusaya (impure tendencies) of good deeds. Because of that, kusala-karma is still formed. Kusala-karma also leads to rebirth.

I think SN12.51 shows how also meritorious kammic formations arise with avijja as condition. This is the mundane path. One can do lots of good but still this can be connected, for example, with longing for something in return. Giving a monk some food, thinking, “aha now i accumulate merit and will be reborn in a happy destination”., not seeing the total picture that also that will end and one will be reborn in lower realm.
This kind of doing good is not connected to the goal of Nibbana and is not really noble yet. In this doing good is no vijja (in your words).

I think this is a perfect example of why faith is a poor translation of saddhā in a buddhist context.
‘Conviction’ or ‘confidence’ is so much better.

why would the experience of suffering increase ones ‘faith’? why would ‘faith’ lead to gladness?

faith just totally obscures any logical connection between the terms.

Probably going a bit of topic here, but …

why would the experience of suffering increase ones ‘faith’? why would ‘faith’ lead to gladness?

I don’t think there’s a huge amount of difference in the primary use of those terms is there? From Google:

faith
/feɪθ/
noun
1.
complete trust or confidence in someone or something.
“this restores one’s faith in politicians”

confidence
/ˈkɒnfɪd(ə)ns/
noun
1.
the feeling or belief that one can have faith in or rely on someone or something.
“we had every confidence in the staff”

I think there is a world of difference between saying something like “I have faith it will work” and “I am confident it will work” but perhaps thats just me.

I have no language skills. My first and only language is (British - England -Midlands) English, and I had a fairly basic education in that!

But they sound about the same to me.

All the time people die but only in the death of my father’s, death became a reality for me. Strange how that works. Personally, when i became more and more aware of the truth of suffering, i lost trust in this life.Loosing trust very much contributed to my suffering. I was like a fish out of the water, seeking wildy for some grip, some escape.

In some way i had to find trust again. But now not a naieve trust which ignores (or does not see or want to see) the truth of suffering, but trust which sees life as it is with also decay, pain, sickness, misery. I talked with a lama and he said to me…‘that’s why we practice Dhamma’.

I think a great part of the mental suffering is that one starts to see how unreliable, unstable, things in life are and one cannot and does not want to ignore this anymore.
A sense of urgency arises because it feels like there is no safe place in this life. Nothing that can really protect, because everything is unstable. I developed this awareness very strongly.

But one cannot live that way. One gets depressed and will develop an anxiety disorder if one does not cure this perception of a totally unsafe and unrealiabe world. One needs a cure. One becomes a patient and i am aware of this. That invited me to seek a cure. To have faith in the Buddha as a doctor, the Dhamma as a medicine, the ariya Sangha as those who are cured.

That there is an escape out of all this darkness, anxiety, instability, and that there are really people who have overcome fears, feelings of unsafety, (not rooted in idea’s, views, belief) because of wisdom, comes with a certain joy.

I think this is a perfect example of why faith is a poor translation of saddhā in a buddhist context.
‘Conviction’ or ‘confidence’ is so much better.

Perhaps the definition of faith is overlooked or differs somewhat between cultures? My primary association of faith is more in the realm of belief in something or someone based upon someone telling me it’s true without empirical evidence or past experience.

A track record of hearing, investigating, testing and finding the Dhamma to be sound gives one enough confidence and conviction in the Triple Gem to move forward. Beginning with blind faith could be problematic, so the Buddha’s path is the vehicle to gain saddhā.

As an oblique, the phenomenon of placebo is astonishing and fascinating! Faith in something that isn’t real or true is powerful.

Thanks @Adutiya I thought I was going crazy after @stu posted his google definition, but your probably right, I’m in Australia and as I’ve heard it the word faith always has religious connotations of belief without evidence- probably in midlands England it doesn’t have that. Goes to show we can’t see our own cultural prejudices! I guess I should be a little less vitriolic when expressing my opinions!

Ah yes. ‘Blind faith’ is a completely different thing to faith with my cultural leanings. Blind faith would be a terrible translation for me.

As an oblique, the phenomenon of placebo is astonishing and fascinating! Faith in something that isn’t real or true is powerful.

And it’s opposite nocebo is fascinating too.

Goes to show we can’t see our own cultural prejudices!

It’s usually Americans I have difficulty communicating with!