Who is in my little hut? 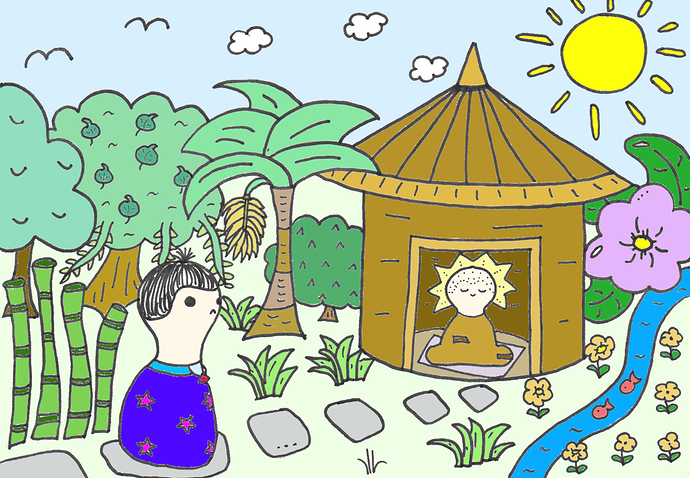 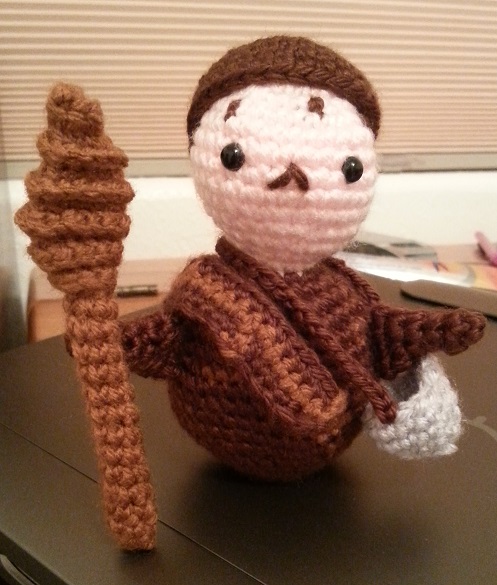 … and the whole sangha assembled!

This doodle (Dhamma doodles 😁) made me think of creating balloon doodle characters, another (and more impermanent) way to go 3D. But then I scrolled back and saw the “over-inflated ego” balloon so my enthusiasm for the idea became somewhat “deflated”.

Anyway, I am very much enjoying the doodle-illustrated Dhamma verses. Thank you!

Thig 1.11
I am well-released, properly released by my release from the three crooked things,
from the mortar, the pestle, and my crooked husband.
I am released from birth and death;
everything which leads to renewed existence has been rooted out.

(I love Bhadda Kundalakesa… She is one of the coolest nuns in the Pali canon.

Going out from my daytime resting-place
on Mt. Gijjhakuta, I saw
the stainless Buddha,
attended by the Order of bhikkhus.

Having bent the knee, having paid homage to him,
I stood with cupped hands face to face with him.
“Come, Bhadda,” he said to me;
that was my ordination.
… 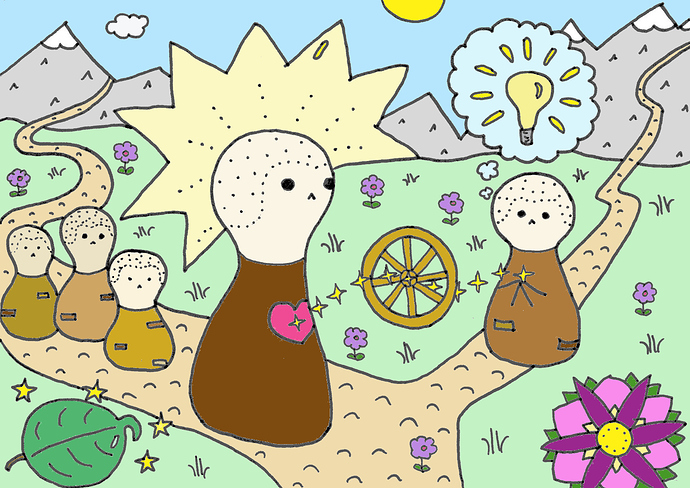 Dhp 200
Happy indeed we live,
we who possess nothing.
Feeders on joy we shall be,
like the Radiant Gods. 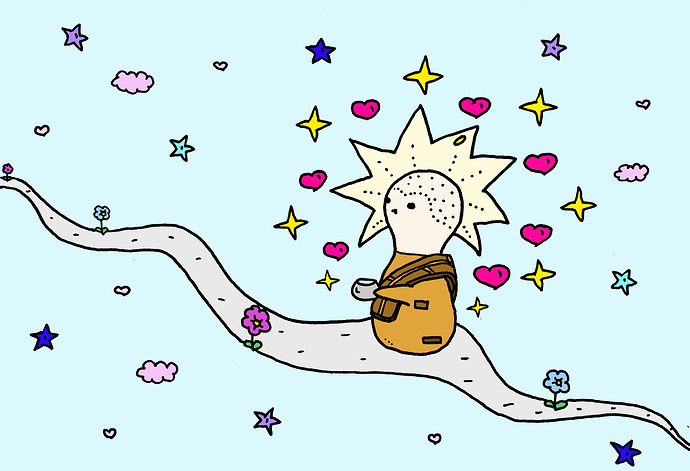 I really love this one, pure & simple & lots of space! 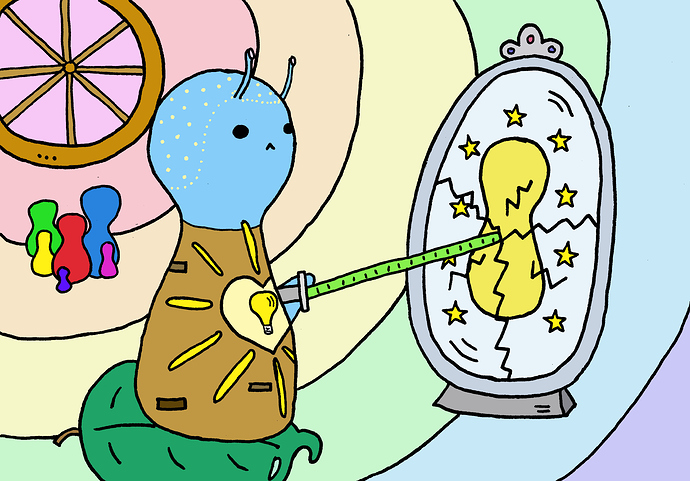 thank you for your permission Yoda.
when i come to use them, I’ll let you know how it goes.

If I put together any story or presentation with them I’ll share them back here.
Metta

You really make me laugh!!!

Great interpretation of this verse!!!

By the way, further enlightening the ignorant: Is this blue guy with the antennas another star wars character (probably not with shaven head… )? 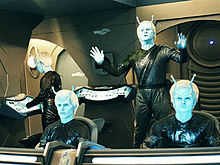 Andorians are a fictional race of humanoid extraterrestrials in the American science fiction franchise Star Trek. They were created by writer D. C. Fontana. Within the Star Trek narrative, they are native to the blue icy Class M planet Andoria (also called Andor). Distinctive traits of Andorians include their blue skin, a pair of cranial antennae, and white hair. Andorians first appeared in the 1968 Star Trek: The Original Series episode "Journey to Babel", and have been seen or mentioned in e...

It’s funny how among the four chief disciples, Khema and Sariputta are both so analytical, while Uppalavanna and Moggallana are said to have had blue skin. Did the EBTs know about Star Trek? Surely this can’t be a coincidence? 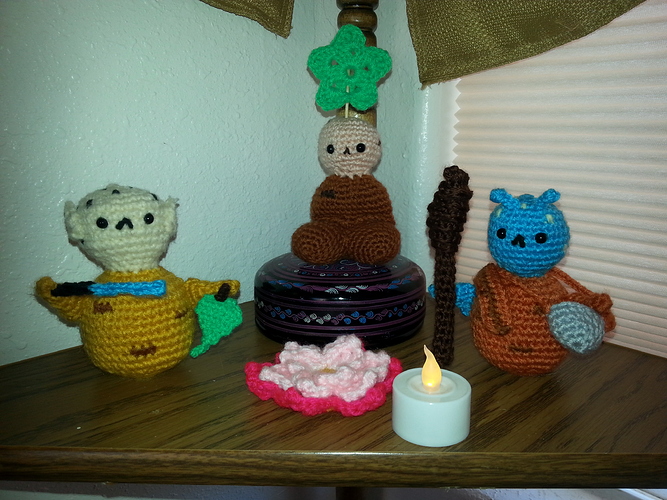 This could be the shrine of Tilorien monastery!

Cutting off the root of the five aggregates

Thag 1.120
The five aggregates are fully understood,
They remain, but their root is severed.
I have realized the end of suffering,
And attained the end of defilements. 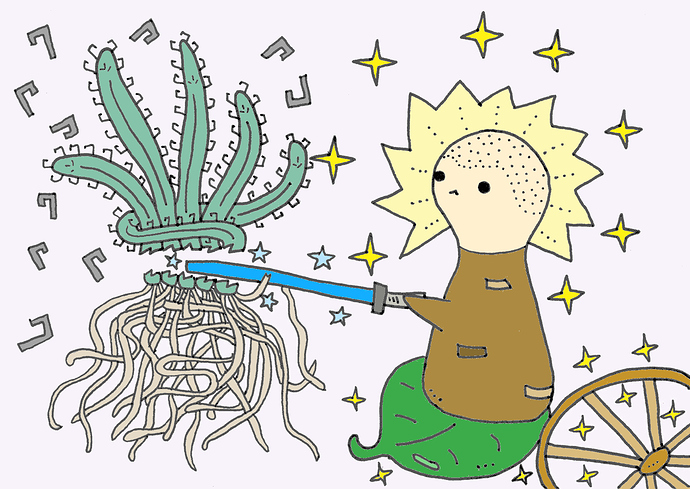 One of my favorites! Thank you

Very cool. The nun/monk is obviously pretty skilled with a lightsaber!

All you need now is a spooky “dark side” cave! 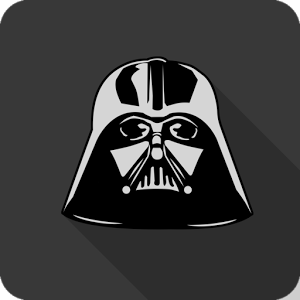 There was an weapon in ancient India which was circular (chakram). The dhammacakra at the nun’s side could have been thrown at the defilements. 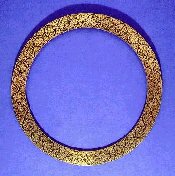 Yodha, your style reminded me of Ajahn Kalyano’s style from his 2 books. 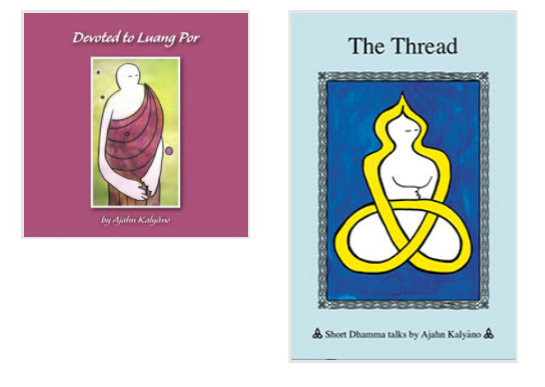 Thanks for sharing this, I hadn’t seen these books before! 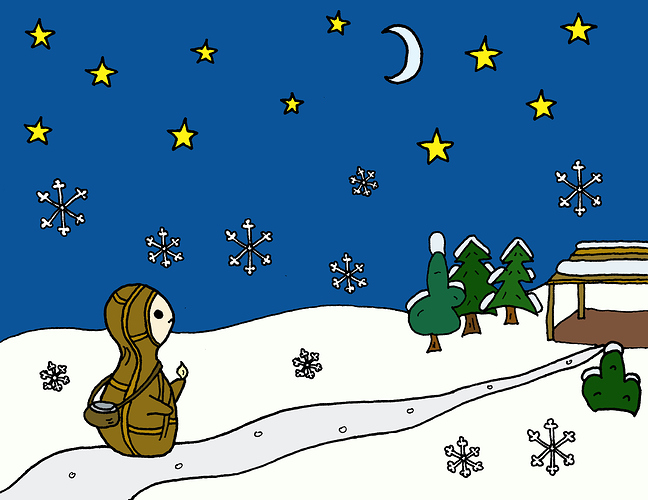