Some poetry from Michel Houellebecq. It’s like I see the Dhamma in everything now.

Some poetry from Michel Houellebecq. It’s like I see the Dhamma in everything now.

. A passage from The Critick that struck a chord recently with me:

“This is the error,” replied Critilo, "know than that this unfortunate stranger, is a man as we all are, who enters weeping on this tragic theatre, is encountered with the songs, and enchantments of falsity, as a remedy of his melancholy: naked he comes in, and as empty goes out; which is all the treatment he receives from ruinous masters; his entrance is encountered by the first deceiver, which is the world, who proffers and complies in nothing, gives and enriches him with the spoils of another, which he suddenly returns to challenge again, and to draw away with one hand, what the other offered, that all those gifts, and caresses of fortune, at last like smoke vanished in nothing.

The other, which invited his appetite to the feasts of sensualities, was a deceiver, who importunately vexed this guest, till he was fallen into the sins of lust, and after as much tormented him, with the pangs of conscience; the meat was without substance and nourishment, the drink a poisonous potion, or at the best but a falsified liquor, which fumed and intoxicated the brain, that cast him down, and his fall received with the songs of sorrow, and the acclamations of misery, the vile rabble of fortune.

Lastly, that old hypocrite the worst of all, inveterate with malice, was time, which tripped up his heels, and cast him into the grave, where he left him dead, solitary, naked, and forgotten: So that if we observe well, all take advantage on miserable man. The world deceives him, life flatters him, fortune derides him, health forsakes him, his youth passes, felicity withdraws, years fly away, and contented ones come not, time runs, his life ends, death catches him, the grave devours him, the Earth covers him, putrefaction dissolves him, oblivion swallows him, and he who yesterday was a man, to day is dust, and to morrow nothing. But how long shall we loose precious time, let us return to our former road, our straight and direct way; for here is nothing that we can expect more, unless to entangle ourselves in a labyrinth of errors."

The full book is here: http://www.erbzine.com/mag18/critick.htm 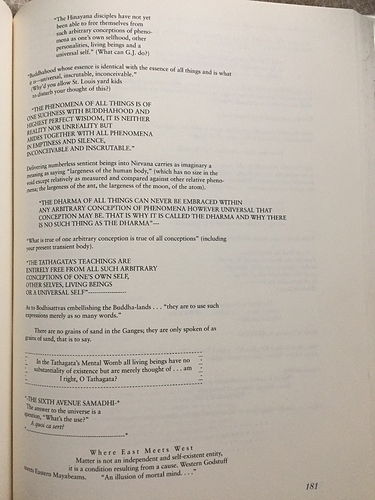 Another book I recently found, it’s called “Some of the Dharma” by Jack Kerouac. It’s literally just 400 pages of notes he took on the Dhamma, interspersed with poems and short stories inspired by it. The way it’s done, you can tell he didn’t totally understand it all, but he also didn’t have all the suttas available to him like we do.

Never thought Shakespear had said this:

To be, or not to be: that is the question:
Whether 'tis nobler in the mind to suffer
The slings and arrows of outrageous fortune,
Or to take arms against a sea of troubles,
And by opposing end them? To die: to sleep;
No more; and by a sleep to say we end
The heart-ache and the thousand natural shocks
That flesh is heir to, 'tis a consummation
Devoutly to be wish’d. To die, to sleep;
To sleep: perchance to dream:
-Hamlet 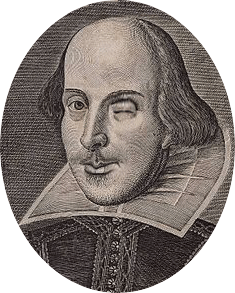