i’m interested in the context of 4 elements meditation, such as
MN 62 mahā-rāhul-ovāda-suttaṃ
and MN 140, which contains the exact sutta text on the same 5 elements and then talks about consciousness(vinnana) that remains, and then equanimity.

besides MN 62 and MN 140, what are the earliest EBT passages that talk about 4 or 5 elements?

4 elements are defined as “the cause” of rupa (what’s the significance of this?).

My impression from browsing the suttas is when the four dhatu are mentioned in relation to ‘rupa’, the context appears related to ‘rupa’ as one of the five aggregates rather than as ‘rupa’ as a visual sense object. Therefore, the significance of the four elements as the “cause” (‘hetu’) of ‘rupa’ is the ‘rupa’ (as an aggregate, i.e., the physical body) is physically/biologically formed/created from the four elements. An example of where ‘rupa’, as an aggregate, is defined as the physical body (rather than as a visual sense object/impression) is as follows:

“the force” that pushes and fills out our fathom long body when we relax the body and mind, and causes that feeling of water geyser coursing through our veins like liquid pleasure in second jhana.

To me, the word “property” can sound similar to “real estate” that is bought, owned & possessed, including when strongly delighting in (attaching to) the pleasurable effects meditation.

I personally prefer “element” in the scientific sense since it refers to something utterly impersonal & pre-existent (‘sabhava’) independent of mental classification or ‘self’.

After years (decades!) of saying that ‘Dhatu’ was our ‘Data’ and then trying to reconcile this with the usual ‘element’ and lately experimenting with something like characteristic, or attribute, I have finally seen what was in front of my eyes the whole time.
The word means 'data.'
Earth, water, firelight and wind, space and consciousness, figuratively: solidity, liquidity, light and heat, motion, empty space and awareness are really the only things we know. That is the basic information we are given as living beings. This is the data we are given to work with.

To me, the word “property” can sound similar to “real estate” that is bought, owned & possessed, including when strongly delighting in (attaching to) the pleasurable effects meditation.

I personally prefer “element” in the scientific sense since it refers to something utterly impersonal & pre-existent (‘sabhava’) independent of mental classification or ‘self’.

yes, “property” does have a noun connotation like real estate, but in the context of pathavi-dhatu, apo-dhatu, vata-dhatu, etc, then “property” to me at least was more clearly referring to attribute/characteristic/function , i.e. pointing more towards hardness, wetness, wind-force, which does not necessarily have to have a “personal” connotation.

“element” does have that impersonal feel, but “property” can also be impersonal, and even has a feeling of emptiness, an ephemeral quality, compared to atomic “elements” which can appear to be permanent indestructable substance.

is “element” kind of a universal standard in english buddhist translations for “dhatu”? If so, that’s a good enough reason for me to keep using that term.

here’s what it says about 6 dhatu

in MN 140, it talks about the 6th item vinnana (doesn’t call it dhatu)

ah, re-reading your post a second time i just noticed “data” looks like “dhatu”. is there common etymological root there?

I can’t say. The source of that interpretation is a very out of the box website. Give it a check, maybe there is a practical point to it.

Another interesting reading material on the topic can be found here:

Though it’s not a perfect fit, I quite like property, as in characteristic. I don’t like element much. It gives the impression that the body, etc, is constructed from these dhatus, rather than that the dhatus are a way of describing.

Though it’s not a perfect fit, I quite like property, as in characteristic. I don’t like element much. It gives the impression that the body, etc, is constructed from these dhatus, rather than that the dhatus are a way of describing.

…this body composed of the four properties, born of mother & father, fed on rice & porridge… AN 9.15

If there are no elements or parts that comprise of the body then what is actually being described? Is it just a dream or mind created hallucination? If that is the case, do all arahants have the same dream or hallucination of ‘earth’, ‘wind’, ‘fire’, ‘water’, ‘space’ & ‘consciousness’?

I personally love ‘Element’. How can the following from MN 62 be simply be regarded as “a way of describing”?

For me, to give preeminence to the mind ‘describing’ is Brahmanism, i…e, ‘naming-of-forms’, such as the describing & naming described below:

The First Day—Light
3 Then God said, “Let there be light!” And light began to shine.[b] 4 He saw the light, and he knew that it was good. Then he separated the light from the darkness. 5 God named the light “day,” and he named the darkness “night.”

There was evening, and then there was morning. This was the first day.

The Second Day—Sky
6 Then God said, “Let there be a space[c] to separate the water into two parts!” 7 So God made the space and separated the water. Some of the water was above it, and some of the water was below it. 8 God named that space “sky.” There was evening, and then there was morning. This was the second day.

Great Brahma, the Conqueror, the Unconquered, the All-Seeing, All-Powerful, the Sovereign Lord, the Maker, Creator, Chief, Appointer and Ruler, Father of All That Have Been and Shall Be. DN 11

Nāmarūpa-vyākaraṇa (Sanskrit: नामरुपव्याकरण ), in Hindu philosophy, refers to the process of evolution of differentiation into names and forms i.e. to the unfolding of the primal state into the manifest world prior to which unfolding there was nothing that existed; it refers to the conditioned reality. In the Upanishads this term is used to indicate the self-willed manifestation of Brahman under visible and nameable aspects, to the said manifestation into the fictitious plurality of the phenomenal world owing to maya, the unreal adjunct. According to Hindu scriptures the world in each age emanates from Brahman mirrored upon maya

For me, ‘elements’ (dhatu) are a synonym for ‘emptiness’ (sunnata) since there is no self within an element (dhatu). The ‘sabhava’ of a ‘dhatu’ is emptiness (sunnata).

I think you are missing my point.

Please explain in what sense you think the body is constructed from earth, water, fire, and air (and space and consciousness in some suttas) and we can continue.

That doesn’t sound like a description of components of the body.

Please explain in what sense you think the body is constructed from earth, water, fire, and air

Well, this morning I was required to eat breakfast & unfortunately, since it would have been far less costly, I could not eat for breakfast mere ‘descriptions’ (papanca-sankhara).

I had to eat solid food, the same as the Buddha-To-Be who nearly died believing he could live on mere mental ideas (papanca-sankhara).

[quote=“mikenz66, post:10, topic:3391”]
Please explain in what sense you think the body is constructed from earth…[/quote]

Explained already. These photos may help since often a picture is worth a 1,000 words: 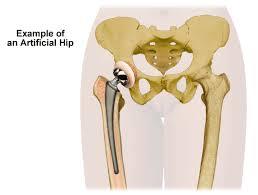 [quote=“mikenz66, post:10, topic:3391”]
Please explain in what sense you think the body is constructed from air…[/quote]

What more can I explain? What more can I explain?

Since I don’t see what your post has to do with my question — nothing.

Since I don’t see what your post has to do with my question — nothing.

I once heard there was a Buddhist school of thought that believed in only one khandha. I would guess or speculate that one khandha was consciousness. Everything or ‘The All’ is only manifestations of consciousness, so consciousness is like the One God, the Great Brahma, monotheism or advaita.

Fortunately, the Buddha did not include consciousness in his description of ‘The All’ (which sounds like it could have possibly been one of those Brahmanistic ideas like ‘nama-rupa’ that Buddhist-wanna-be-Brahmans struggled to abandon or adjust to).

The Blessed One said, "What is the All? Simply the eye & forms, ear & sounds, nose & aromas, tongue & flavors, body & tactile sensations, intellect & ideas. This, monks, is called the All. SN 35.23