The power is cut about twelve hours each day currently (1/4) in Sri Lanka.

So sorry to hear the message.

It is the same situation as I face when I stayed in Burma between 2000 - 2005. I don’t know the current situation in Burma now, especially during this civil-war.

Are you staying in Srilanka right now, Paul?

I have a contact there. The power cuts are mainly in the evening so no study etc. They are going back to oil (coconut) lamps and wood stoves.

The power cuts are mainly in the evening

No, not at all. Today we had power from 5-8am. If the chart is correct, we will only have power again from 12 to 4pm. The rest is cut until midnight.

Unless you live in a neighbourhood with an MP, in which case you may not have any cuts at all.

At least people get a break from standing in line for diesel (spoiler: there is no diesel)

Unless you live in a neighbourhood with an MP, in which case you may not have any cuts at all.

There are two kinds of democracies.

yeah, it depends politically … when I was in Burma, I was staying in Hlaing-Thar-Yar area of Yangon black out was everyday … but at the office area (next to YCDC building & near The Sule Pagoda area) there is no black-out at all

there is no diesel

Europe is scrambling to get renewables up to cut reliance on Russian oil and gas, and Sri Lanka now also learns the lesson of being self sufficient.
In its economic distress Sri Lanka is said to be leaning towards India rather that China for help: India and Sri Lanka are members of the non-aligned group, which has a policy of non- attachment to bipolar global politics. In the Ukraine conflict India claims to have equal relations with both the US and Russia.

It’s just a man conditioned situation. It is up to us to adapt ourself to the situation created. That’s time for us to realize and able to distinguish what is a Conventional Truth & a Ultimate Truth.

And, according to me the current political situation in Srilanka is just a Conventional Truth & not worthy to cry about.

We can still survive without China, India, Rusia, UK, US or any other countries. 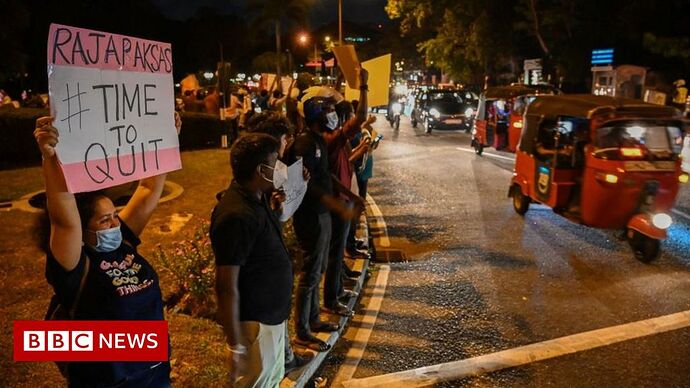 Protestors are angry because of food, fuel and power shortages across the nation. 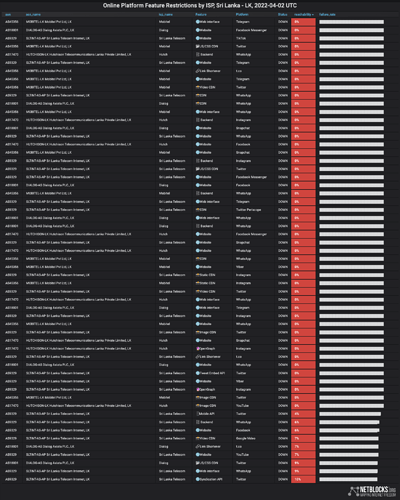 Seems to be rolling out slowly. Whatsapp is blocked for me but not Youtube. 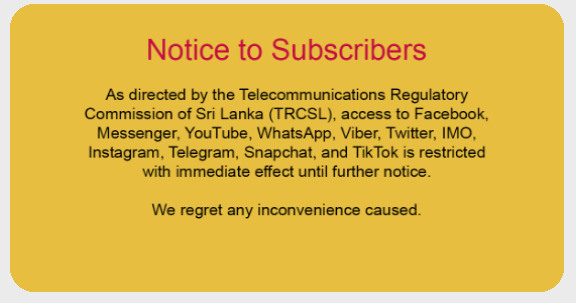 I’ll confess I didn’t mind the FB block a few years back when people were rioting against the Muslims. But this seems different. It is also more severe. They have never cut off Twitter before.

It seems counter productive from the govt’s position. If people cant waste time on social media, that frees them up for protesting.

Stay safe Bhante (and others in Sri Lanka).

The crisis was exacerbated by the Covid-19 pandemic, which torpedoed tourism and remittances. Many economists also blame government mismanagement including tax cuts and years of budget deficits.

Is that pretty much it, as to why Sri Lanka doesn’t have enough foreign currency to buy fuel?

I’m not an economist. Does “lack of foreign currency” mean a shortage of money overall? A bad economy?

Is the Russian invasion of the Ukraine a final nail in this coffin or were the other factors quoted in the article the main contributors?

In 1977 Sri Lanka decided to abandon self-sufficiency and enter the global economy, going down a wrong path. From then on debt began to accumulate due to the lure of easy money by borrowing. The current crisis is the final culmination of that, they cannot afford their repayments or to buy commodities. That decision was due to their previous British colonization and familiarization with the West, SE Asian countries like Thailand which have no history of that never developed a reliance on the West. People have realized they cannot rely on the government, and are looking into bio gas and solar to move off the grid, so long term it’s a positive development. Currently coconut shells are being used to fuel wood stoves. To its credit the government had tried to turn towards compost rather than imported chemical fertilizer as one means of a return to self sufficiency, but it was too late. One good historical decision was they have 40% hydro for electricity, but rains have been poor and output is currently limited. But at that early stage they neglected to invest in solar.

Ah, so this problem has been a long time coming.

Sounds like they are turning around into a positive direction.

Thanks for the interesting answer.

To its credit the government had tried to turn towards compost rather than imported chemical fertilizer as one means of a return to self sufficiency, but it was too late.

That’s not a fair reading of the current situation. My understanding is that the current government campaigned on moving towards organic agriculture, which is of course a good thing. The water tables in many parts of the country have been contaminated because of chemical fertilizers and pesticides. However instead of following the expert’s advice and transitioning over a 10 year period, the government decided to stop it very suddenly. And no big surprise, crop yields are down 20%. Both for rice (a staple domestic food) and tea, the major export crop that gives the country foreign cash to import the things they cannot produce. One theory is that the government was trying to find a way to not pay the .5 bil dollars that it spent on subsidizing the agriculture system with chemical fertilizer.

The war in Ukraine caused Russian tourists to stop visiting. I have read they made up about 20% of foreign visitors. Again, loosing another source of foreign currency.

It is also not, in my understanding, correct to say that the economy was reliant on taking out loans. The debt problem has more to do with some useless infrastructure projects, especially a mostly unused port and airport in the south.

Currently coconut shells are being used to fuel wood stoves.

That’s not a new thing. Coconuts have always been a key part of the Sri Lankan way of life and all parts are used in some way.

And of course the coconut production is down because of lack of fertilizer.

I’m not an economist. Does “lack of foreign currency” mean a shortage of money overall? A bad economy?

Monks call on Rajapakasas to resign: wow … I do not expect a backlash from Rajapakasa, in counter attack he force the monks to quit.

I believe in Myanmar nowadays, they already spread bullets to the monks if they ask so.

Hospitals running out of medical supplies (11/4): 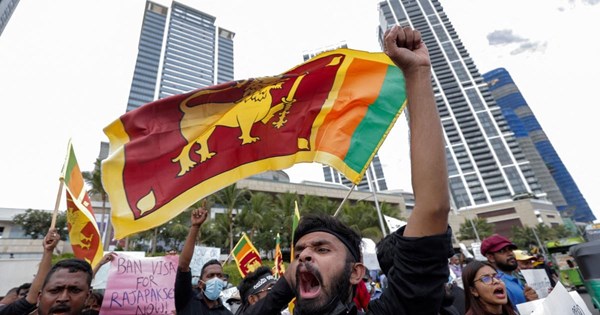 Doctors in Sri Lanka warn of a death toll that could be worse than the one caused by the pandemic, due to the loss of medicines.

How a Buddhist country deals with a material crisis: