Here is yet another alarming report about the state of our planet and its ability to sustain life as we know it: 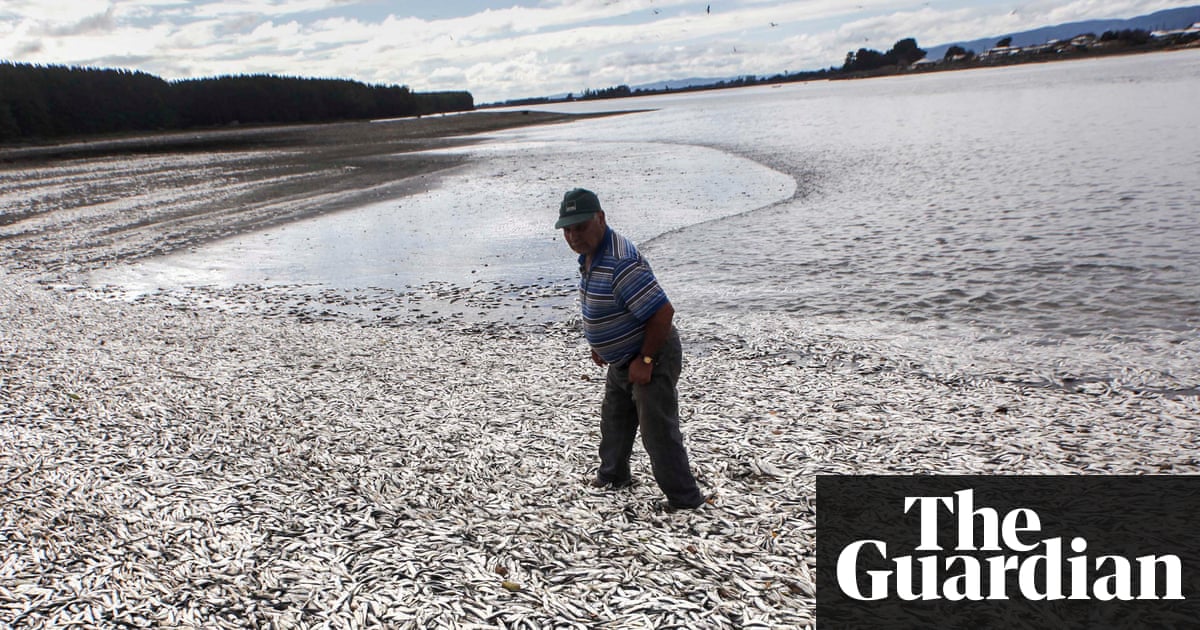 Areas starved of oxygen in open ocean and by coasts have soared in recent decades, risking dire consequences for marine life and humanity

If oceans suffocate, it is likely to hasten a great mass extinction. If human life becomes difficultly sustainable in the future, is the Dhamma not going to suffer as well, if not downright disappear when we see how few, even in Theravada countries, practice it properly (e.g. valuing respect for even basic Vinaya rules, opposing death penalty etc.) nowadays that life is still relatively easy compared to what it may become in the future?

We preserved the Dhamma for 2500 years.
What is lacking is not practicing it.

We preserved the Dhamma for 2500 years.

Because at multiple times intelligent and visionary people foresaw the problems to come and decided to act before it was too late. At other times, people did not do that and the Dhamma either died out in the region or nearly did.

What is lacking is not practicing it.

The time will come, though, when there is danger & an invasion of savage tribes. Taking power, they will surround the countryside. When there is danger, people will congregate where it is safe. There they will live packed & crowded together. When one is living packed & crowded together, it is not easy to pay attention to the Buddha’s teachings. It is not easy to reside in isolated forest or wilderness dwellings. Before this unwelcome, disagreeable, displeasing thing happens, let me first make an effort for the attaining of the as-yet-unattained, the reaching of the as-yet-unreached, the realization of the as-yet-unrealized, so that—endowed with that Dhamma—I will live in peace even when there is danger.’

So a monk is supposed to just accept the state of affairs, but is it not the job of lay people to provide for themselves and for the monks the proper conditions for Dhamma practice?

So a monk is supposed to just accept the state of affairs, but is it not the job of lay people to provide for themselves and for the monks the proper conditions for Dhamma practice?

The current climate change is the results of human volitional activities… If the dhamma were more practiced, would it have been enough?

That “what if” only matters if it affects volitional activities.

Why assume “this” human world is the same as the Buddha was born into? Would that affect volitional activity?

May all beings achieve liberation.

Why assume “this” human world is the same as the Buddha was born into?

I am not sure I grasp the meaning of this

When younger, I came to an understanding that I was in hell. This was a very useful idea for a time.

This idea, like many others, lost its useful in this life. Or in some life!

If my post troubles anyone, please, just disregard (and perhaps roll the eyes). May all beings achieve liberation. May I use my life well, and make progress.

edit: I think I need to share a bit more, as I do not want to be mysterious, or a pariah. However I am going to do that in another post, and flag for Other review by admins, in case I over-share…

Earlier in this body’s life, I was in a great deal of pain, much of it psychological or social, some of it somatic or physical. Much of the pain was from the inescapable awareness that many people, many beings in this world, suffer terribly. Sometimes it seemed they suffered for no good or rational reason, that much pain was inflicted by human beings on one another. It made me angry, but it also hurt, and I could not escape the agony, no matter how hard or well I worked for the well being of others or myself.

Going numb was no relief. Meditating, praying, working for social justice, no real relief. Sleep with or without dreams was no relief. Decades go by. I was not a Buddhist, though I had studied a little about Buddhism in young adulthood.

Things happened. I suffered, and observed suffering (as we all do, and not always gracefully lol)

I started seriously studying Buddhism. It was when I accepted the idea that this world was hell, and numerous close encounters of my own mortality thanks to sleep apnea and other things, that I realized… I did not have to be in hell. A lot clicked.

So now I am a Buddhist. I see life and this world and people differently. lol I see Buddhism differently.

May all beings achieve liberation. May I use this life well, may we all do so, and achieve nibana.