Personally I preferred Facebook before it started to heavily crack down on its content. I used to have more interesting discussions with people than I do now, although I’ve deactivated all of my social media for some time. The recent move by corporations seems to be an attempt to control what speech they personally approve of on the platform more than anything else. It’s bizarre to see leftists online and in the media cheer for censorship according to the wishes of the likes of Coca-Cola or Starbucks. A sign of the crazy times we live in I suppose. 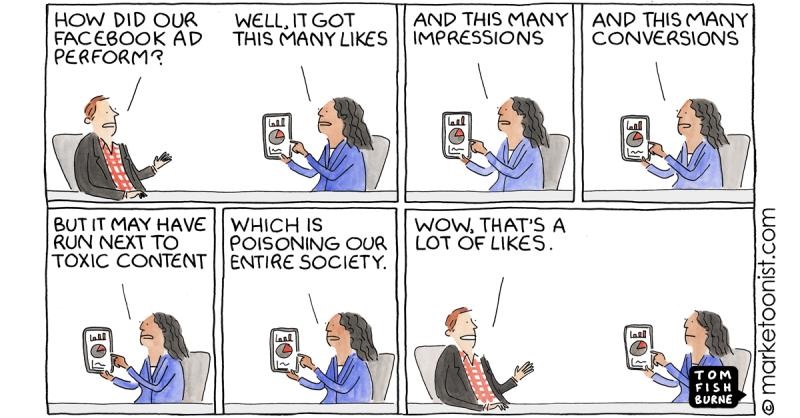 Apparently the government in Cambodia is using Facebook to discredit a monk who has been an activist for human rights in the country: 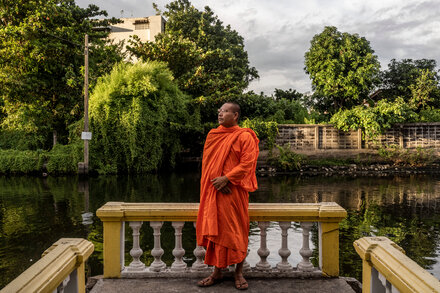 A smear campaign linked to the Cambodian government went viral on the social media platform, sending an activist Buddhist cleric into exile to protect himself.

Wow. I read that article. So incomprehensible to me. 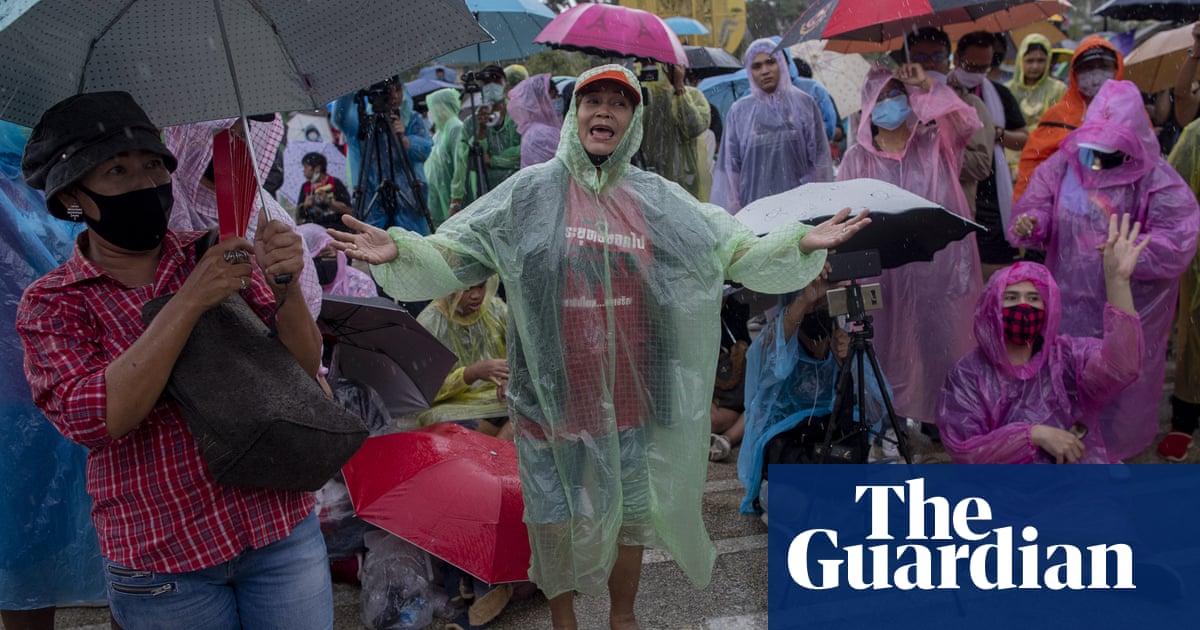 Indeed. They haven’t got better. Facebook continues to undermine democracy and human rights all over the globe.

A useful rule of thumb: if people have money and power, and abuse it, you can’t expect that they’ll get better when they have more money and power. The only way to stop the abuse is to take the money and power away from them. In a democracy, we the people can do that: it’s called “the law”.

I taught my first two classes of the semester today. Since I teach political science I inform students that part of how they should be preparing for class is to read the news every day. I tell them that with the internet they have access to thousands of news sources. Today I told students that when reading the news for class they should consult reputable news sources and I singled out Facebook as a site that is not a reputable news source. Change comes in increments and I am trying to do my admittedly small part.

How did your students respond to that? Were any surprised or did any defend Facebook? Which news sources did you suggest as being trustworthy?

Thanks for posting the article. The article states " Facebook has also blocked anti-government content in Singapore, after the authorities ordered it do so under a fake news law." That’s a razor’s edge! It’s easy to say certain news is fake but as the continuum moves closer to the center, boundaries blur and the question arises as to who get’s to decide what’s is true and what is false? Especially when you have a government with an agenda, a social media giant with interests to protect and further and the greater good of people and society to respect. It’s a Gordian Knot!

I live in the US where dishonesty and deliberate lying about facts has become part of the culture, pouring daily from the highest levels of government and poisoning large portions of the population. “Freedom of speech” is baked into our collective psyche to the point where you can (and are encouraged to) say just about anything, no matter the facts. And there are many high profile platforms in which to set up one’s soap box.

How did your students respond to that? Were any surprised or did any defend Facebook? Which news sources did you suggest as being trustworthy?

This is a wonderful question. Yesterday was the first day of classes with new Covid-19 protocols in place. In order to create physical separation among students, classes have been assigned to larger classrooms than is typical. So students are now farther away from me and instructors are not supposed to wander around the classroom. Additionally, everyone is wearing masks. So the answer to the question is, it was hard to gauge students’ responses since I couldn’t see their facial expressions!

In any case, no one said anything, so I assume (not being able to read facial expressions) that students’ did not have much of a reaction to my comments about Facebook not being a reputable news source.

As for trustworthy news sources I suggested that students read major U.S. newspapers such as The New York Times along with English-language editions of foreign newspapers (since I teach in the United States and most students’ first language is English). I also suggested they look at wire services and the websites of major television news channels, among other sources.

You can’t put the fox in charge of the henhouse. I also expect that all government regulation will likewise be ineffectual, at best. Why? Because they are such good friends with the fox.

I’ll just say: deep respect to this woman who showed all this data.

Aside from that it is really sad how much people are affected negatively by social media.

And I must say I was very distressed when lot of things on Internet started to be displayed through filters of algorhythms rather than simply chronologically. For me this was yet the worst thing that has ever happened to Internet in general. This was the moment when some external agent started to control our own content and who sees what… this so utterly wrong that I have no words how bad it is.

The best thing is to simply deactivate/delete accounts on all this social media and other sites which use such and other manipulative/addictive techniques and just go back to former era without all this dukkha. 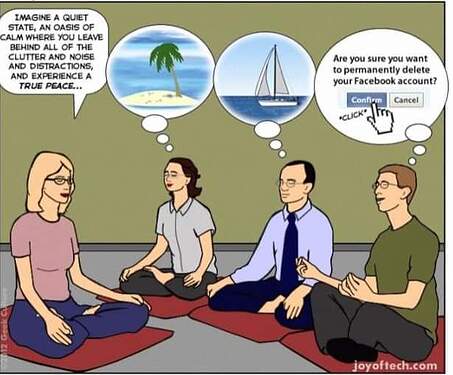 Because they are such good friends with the fox.

Did you hear the questions the senators asked Zuckerberg?

It’s too depressing to even watch.

All I can do is try to avoid using Facebook. Which I do. I’ve taken pains to do my weekly online Dhamma Talks avoiding all such social media. I refuse to be a shill for those platforms (not to mention, a shill for whatever gets advertised beside or before the appearance of my talking face), by using them.

Note: I do somewhat hypocritically (and reluctantly) use WhatsApp, but only when I don’t estimate that I can convince somebody I need to talk to to use Signal Private Messenger.

In general, social media is an ephemeral and disjointed medium that’s even worse than television. The result is that it encourages people to think non-contextually, react judgmentally in the moment, and not investigate anything in any depth. Even if people want to investigate things in-depth, they have to do it elsewhere because social media is designed to be a disorganized and incoherent “stream” of bits and pieces of “news.”

So, even if they cleaned up all the financial and political corruption involved in trying to monetize every scrap of data that hits their servers, social media is a negative influence on society, in my opinion. The nature of the format reinforces superficial thinking and ignorance. It’s no wonder propagandists are having a field day on every social media platform for next to no cost to themselves.

Which I do. I’ve taken pains to do my weekly online Dhamma Talks avoiding all such social media.

So this looks like a great idea. I like that you don’t seem to be using YouTube, which is arguably just as ‘bad’ as Facebook and has algorithms that channel users into equally unwholesome behaviours.

The vast majority of us Buddhists who create web content have talks hosted on YouTube, etc… So the question is, should we be starting to think about setting up a cohesive Buddhist platform for social media type interactions? Something that pulls users away from these devisive platforms such as Facebook and YouTube and onto a platform where the prime motivation is based on EBT ethics rather than profit. It sounds like a huge project, I know, but I can see the embryo forming with sites like bhikkhu.ca and this forum.

The vast majority of us Buddhists who create web content have talks hosted on YouTube, etc… So the question is, should we be starting to think about setting up a cohesive Buddhist platform for social media type interactions?

Absolutely we should. You’re quite right about Youtube, it has a terrible history in many areas, especially predation on children, anti-science, and political radicalization.

There are, however, quite a few people who have looked into alternatives, so it’d be good to see what’s around. Maybe we can make a thread for “wholesome Buddhist-friendly alternatives”? Prioritize things on:

There’s probably more. It’s not easy! I think Discourse fits all these, I think. Where possible I use Jitsi for video chat, it’s got a better record than Zoom (not that Zoom is anywhere near the worst).

We should, as people who care about an ethical life, at least make efforts to seek alternatives. For myself, regarding the Big 5:

We don’t have to get out completely, even if that’s possible. But the more we seek alternatives, the more we slow down the creep of monopoly and its attendant ills.

We don’t have to get out completely, even if that’s possible. But the more we seek alternatives, the more we slow down the creep of monopoly and its attendant ills.

This is a very good point Bhante @sujato and thank you for putting it so well.

It’s easy to get overwhelmed or feel guilty because trying to “get out completely” isn’t always possible (for example, I’m in Panama right now and there was just no way around installing WhatsApp, everyone uses it here).

But seeking out alternatives is possible a lot of the time and it’s nice to know that really does benefit society, even if we can’t completely abstain from using the Big Tech products. To that end, I’ll mention ProtonMail as an ethical and privacy-focused alternative to Gmail (and they’ve got a Google Drive alternative and calendar in beta now too) and Brave as a wonderful privacy-focused browser.

I strongly agree on creating a new thread to discuss such alternatives. I’ll respectfully address your great post, point by point there, @sujato: