III) How do you explain the fact that Buddhists seem to be the most afraid of death ?

Do we know if this is also the case for non-Tibetan Buddhist monastics?

I dont think so:

Researchers acknowledged several limitations in the study, including that the study only focused on monastics from a single Buddhist tradition. They said it was unclear if the phenomenon is specific to the chosen community, the school of Tibetan Buddhism, or the Buddhist doctrine as a whole.

Maybe there’s been a more complete study since then?

In the absence of other studies, one guess I have is that people who take death and rebirth more seriously are more likely to ordain. In which case ordination is not the cause but the effect of their fear of death.

Why should those who become Buddhist monks be more afraid of death than those who become monks of other religions? That explanation doesn’t sound very convincing to me. According to the article, they seem to be mostly afraid of self-annihilation, which sounds like the reaction one would expect from someone who intellectually believes in anattā without realizing it. Your explanation also opens up a second question: has “Buddhism” not been able to heal the fear of these people?

Interestingly, fear of a bad rebirth (“punishment in the hearafter”) seems lower than fear of self-annihilation.

You ask for “according to you” which I understand as personal responses to the questions, rather than guessing at others’ or a generalized responses.

I. Death is inevitable, unavoidable; so living with that can lead to non-fear; dukkha is also inevitable in samsara, so death is at least a change of pace, bhava. Agony or pain and fear are strong sensations; impermanent, not-self. We’ve been through birth, we’re familiar with dukkha; we can get through dying, guaranteed / result known. No one gets out of life alive.

II. What is gone in stream enterers? The first three fetters. How might they be required for fear of death or agony to arise? That is, I think, the outline for an answer.

III. One study of a particular type of Buddhists; I am not sure we can generalize to “Buddhists” being “most afraid”. However when you understand than rebirth to human life is quite rare, but is the recommended vehicle for progress towards liberation, and without any eternal or annihilistic options, the importance of the use of one’s current life may be in the foreground of one’s perspective on mortality. 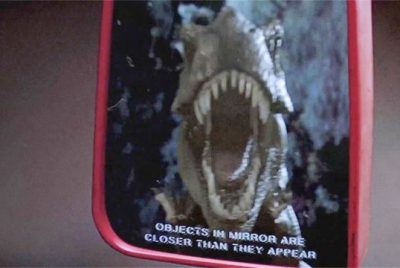 Plus, there are requisites to being able to really make use of life; the proposed trade of 6 months for 5 years doesn’t consider this. A microbiologist might in 6 months find a vaccine for covid-19; I am sure most would not in 5 years.

II. What is gone in stream enterers? The first three fetters. How might they be required for fear of death or agony to arise? That is, I think, the outline for an answer.

I was thinking maybe dropping self-view would take the fear of death away?

I think so too.
And loss of ambiguity reduces stress, in some ways; if you have confidence in what actually works and needs to be done, one can focus on those. No vicikiccha. no silabbataparamasa.

The way I read this article is that Tibetan Buddhist monastics were the only monastics who were part of the study. So we don’t know if they are more afraid of death than Benedictine monks, for example.

According to the article, they seem to be mostly afraid of self-annihilation, which sounds like the reaction one would expect from someone who intellectually believes in anattā without realizing it.

This sounds like the situation of a (relatively) novice monk then who has recently ordained out of their fear of death and fear of wasting this life.

Your explanation also opens up a second question: has “Buddhism” not been able to heal the fear of these people?

This is partly why it would be good to know if the pattern is the same for monastics of other traditions, and across ranks of seniority.

I’ve not found any sutta discussion in this thread so I’m moving it to the Watercooler.

If death is taken as a social phenomena, then it has no inherent meaning absence context. For example, a heroic or “meaningful” death might not be as feared as something less poetic such as in the act of war (killing and getting killed) or saving someone else’s life which would make the deceased remembered as a savoir (status). Also if death symbolizes the ultimate loss of control, then a controlled environment such as in a deathbed surrounded by loved ones when one has had his fill of life would be preferable to dying from some useless-random virus. So it seems that ending identity view would be a major blow to this senseless drama, at least in theory.

You can’t just look at one answer to a multiple choice question on a survey and assign causation. That’s just bad science.

Let’s take the question about exchanging 6 months of your life so a random stranger might live years longer. The monks were less likely to make this trade than others. But is this really a sign of “egocentrism”? Or is it maybe a rational consequence of the belief that six months as a Buddhist monastic is better karma than a few years of ordinary toil?

With the fear of death question, I wonder to what extent a) poor self esteem and b) self deception supress the answers for the other groups. Many of my ordinary friends, who have done no spiritual cultivation, will tell you they’re not afraid of death but I guarantee you this is only because they haven’t really thought about it. When, later, they are faced with a serious illness they act plenty frightened. More frightened than my monastic friends who are willing to admit that they still have some fear of death.

The Lion’s Roar article misrepresents the study a bit.

Participants filled out the Fear of Personal Death scale (FPD; Florian & Kravetz, 1983). The FPD is a scale of 31 items designed to assess what scares them most about the prospect of dying in a year, rated on a scale from 1 (totally correct) to 7 (totally incorrect). The scale comprises six factors: loss of self‐fulfillment, loss of social identity, consequences to family and friends, transcendental consequences, self‐annihilation, and punishment in the hereafter (see Supplemental Material for the full scale). We selected this scale because it contains a dimension that measures fear of future self‐annihilation, which is the aspect of fear of death that is especially targeted by the Buddhist tradition. On the Buddhist tradition, there is no self, so one should not fear its future disappearance. As a result, we predicted that fear of future self‐annihilation would be reduced in Buddhist populations. The self‐annihilation factor consists of four items, including “Dying 1 year from now frightens me because of the loss and destruction of the self” and “Dying 1 year from now frightens me because of the destruction of personality.”

Tibetan Buddhist monastics in the study scored higher on fear of future self-annihilation:

But on other factors tested they did not fear death more.

When we look at aspects of the fear of death other than self‐annihilation, we find that Buddhist monastics do not fear death more overall.

So it is still an interesting question, but much narrower. Why do Tibetan Buddhist monastics fear self annihilation more than the others groups surveyed?

Death and the Self

It is an old philosophical idea that if the future self is literally different from the current self, one should be less concerned with the death of the future self (Parfit, ). This paper examines th...

I fear agony but not so much death. I’ve noticed that the fear of agony is hightened if I’m more generally anxious or suffering. Brahmaviharas practice helps me.

I recommend checking out the Satipatthana Sutta’s death contemplation. Venerable Anālayo recommends a form where you contemplate each breath as though it’s your last… For me that gets at a hybrid of fear of agony and death.