Is this too good to be true?

I just found out about this free Android App:
“Theravada Buddhist Texts, by Sirimangalo International”:

This app is meant to allow the user to read Pali Buddhist texts with side-by-side English translations, including the four main nikayas and the Dhp and Jataka commentaries as well as the Visuddhimagga. The app is useless by itself. In order to be useful, it requires an archive of Pali and English texts placed on your SD card. An example of such an archive is here: https://www.dropbox.com/s/kmgzaqkth6vxf40/BuddhistTexts.zip Peace :...

When I inspected the html contents of the .zip file (mentioned in the above link), it’s not clear who the translators are, of the English translations, but at first glance they appear to be Bhikkhu Bodhi, from the Wisdom Publications Nikayas!

It’s also not clear what copyrights, if any apply.

I feel like a kid in a Candy store. It would seem I can copy and paste these contents with reckless abandon, on my laptop, with no encumbrances (at least not technical ones).

Bhante Yuttadhammo appears to have a knack for creating awesome tools.

It’s also not clear what copyrights, if any apply.

I think there is most likely some level of copyright infringement

(Also, his meditation app is currently in beta testing for iOS, which is awesome! And it is quite pretty).

For any “power users” using Linux out there (I’m using Linux Mint), the AWESOME search utility, Recoll, can be wielded to quickly search through these html files, once locally downloaded. No offense, but Recoll does a much better job than the search bar on the suttacentral.net site, IMHO, when you’re trying to search for some phrase. It’s Open Source, as well. I like how it indexes only when you tell it to, so it’s not always chugging in the background, slowing down your computer. It works great, even on older, slower machines. A gem for any serious Pali-Canon-reading-and-studying Buddhist! 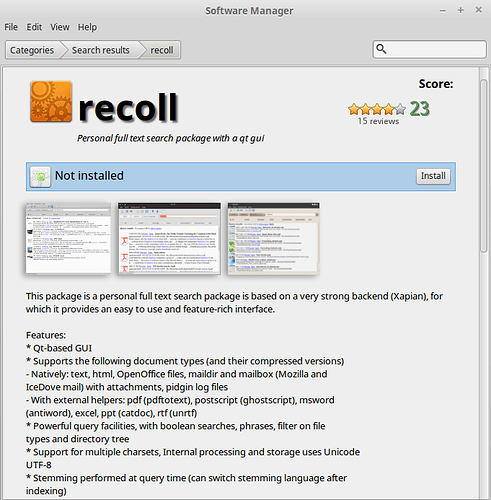 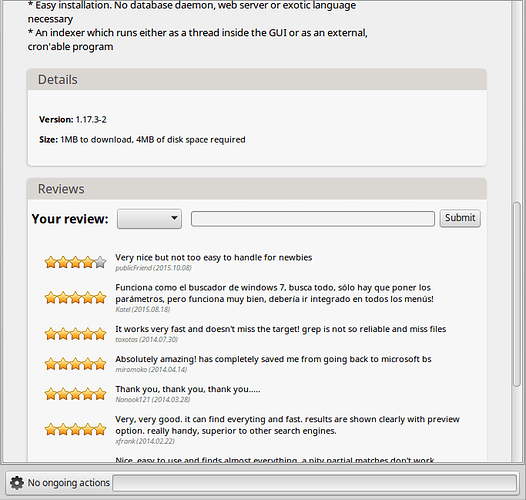 You can specify which folders to exclude from indexing in the “Preferences -> Indexing Configuration”:

Once the “index” is built (which might take a few minutes), you can perform lightning-fast searches, then scroll down through all the results very quickly (no matter how many), with just the “Page Down” key.

found this collection as individual files some time ago by accident on a Burmese site through Google text search for Ven Bodhi’s translation, it’s uncertainty of its copyright status which kept me from sharing it

was also nice to found out of being blocked by IP address (!) on DhammaWheel

This heading is pure DMCA bait! We’ll see if it attracts any loving attention …

It would be good if the PTS could be used instead since they are available for cc-by-nc use.

If anybody is ever interested, I can give a link with them for free. PM me