Gandharan Buddhist literature from the first and third centuries BCE, discovered in northwestern Pakistan and eastern Afghanistan, continues to intrigue researchers. The text, which is held at the Library of Congress in Washington, DC, represents the oldest writings discovered to date, and is considered the most senior among Indian manuscripts.

“This is a unique item because it is very old compared to similar manuscripts and, as such, it does bring us, historically speaking, relatively close to the lifetime of the Buddha,” Jonathan Loar, reference librarian in the Asian Division at the Library of Congress, said in a statement when the manuscripts were first made public two years ago. (CNN)

Gandharan Text at the US Library of Congress May Rewrite the History of...

WOW! I wonder if there is a translation online.

Unravelling the scrolls that may rewrite Buddhist history | The Express Tribune

“Such texts, along with others, may also provide us with unique insights into the methods of preaching and instruction used in Gandharan monasteries and the texts favoured for such purposes. For instance, a particular subset of writings in the new collection has an intriguing connection to a list of works recommended for study by novice monks in a Vinaya document preserved in Chinese translation. Based on these clues, it appears that the last discovered collection has a typical sample of the many types and classes of works studied in the monastery where they were held, including basic texts, commentaries, explanatory works and technical treatises. In other words, we have not a collection of fragments from a whole, systematised canon, as is often the case with later, more established and standardised traditions, but rather a random selection of texts actively employed for study and recitation.”—Express Tribune

from the first and third centuries BCE

I wonder which texts are thought to be from the 2nd-3rd c. BCE. That sounds early, and I don’t see any discussion of such dated manuscripts in the articles listed from BuddhistDoor, CNN, or the Tribune.

I would bet you ten bucks to a nickel they mean 1st to 3rd centuries common era.

It was purchased in 2003, from a private collection, so it is not a new find, and means that there was an almost 20 year period where we might have heard form academic sources if a 3rd century BCE written document had been discoverd.

"The ancient kingdom of Gandhara (today's Afghanistan and Pakistan) is the source of the oldest Buddhist manuscripts in the world, as well as the oldest manuscripts from South Asia in existence. Acquired in 2003, the Library's Gandhara scroll roughly...

"The ancient kingdom of Gandhara (today’s Afghanistan and Pakistan) is the source of the oldest Buddhist manuscripts in the world, as well as the oldest manuscripts from South Asia in existence. Acquired in 2003, the Library’s Gandhara scroll roughly dates between the first century BCE and first century CE. Its language is Gandhari, a derivative of Sanskrit, and the script is called Kharoshthi. Scholars have informally called this scroll the Bahubuddha Sutra, or ‘The Many Buddhas Sutra,’ because it resembles a text with a similar name in Sanskrit.

You can download the digital image of the scroll in any resolution! ( I am going fr the 250mb Tiff)

I would bet you ten bucks to a nickel they mean 1st to 3rd centuries common era.

Yes, I was thinking the same thing.

Any word on academics who are studying the texts. If we have a name I bet we can find papers about them.

There’s a book by Richard Salomon, (2018) The Buddhist Literature of Ancient Gandhara: An Introduction with Selected Translations published by Wisdom. Other names are Stefan Baums, Timothy Lenz and Andrew Glass who have contributed scholarly volumes to the University of Washington Press Buddhist Gandharan Texts series.

Yes I wondered also. But I think the believe is that these texts closer to 1 phase of sutras. So more pure. I guess

The assessment of the new fragments has not yet uncovered anything that is at odds with early Buddhist teaching as traditionally understood, and it is unlikely that additional analysis will provide anything more.

The significance of the new collection is on a different, possibly less stunning level. These fragments provide an unprecedented direct glimpse into what appears to have been a monastic collection or library of the school of Dharmaguptaka in or around the first half of the first century AD, and are by far the earliest examples of this type of Buddhist texts ever discovered. These are probably the earliest and most coherent Buddhist manuscripts known.

This is tangential, but I was wondering if you had any thoughts on the practicality of learning Gāndhārī and/or tips to do so? Your profile says you know it (which is really cool BTW), and as a linguistics nerd who would like to familiarize myself with the Indic languages and an emerging canonical language, I’m interested in (eventually) trying to learn it.

How mutually intelligible is written Gāndhārī with Pāli? Is there a decent available corpus of material that makes it worth spending the time?

My priority is Pāli and then Vedic Sanskrit. I thought that after being fluent enough in these, I might be able to just pick up Gāndhārī and adjust to it with sheer exposure. Does this seem realistic?

Sorry for the question dump!

Your profile says you know it (which is really cool BTW), and as a linguistics nerd who would like to familiarize myself with the Indic languages and an emerging canonical language, I’m interested in (eventually) trying to learn it.

My profile says, “feel free to tag for Gandhari”, not that I know it (how can you measure proficiency in aa language that is still being discovered?). I take an online Gandhari class with Joe Marino, as well as joining another academic reading group which I was introduced to by University of Sydney’s Mark Allon. 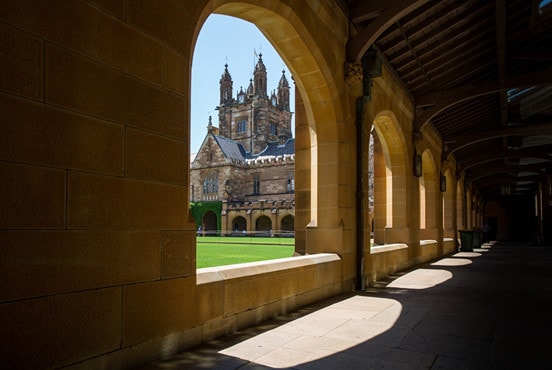 If you have questions about learning Gandhari from scratch, I would recommend contacting Joe if you are in North America (or even somewhere else), he is completely enthusiastic about his subject and also very good.

The idea with Gandhari is to know Sanskrit very well first. I would say that exposure to classical, BHS and Buddhist Sanskrit would be more helpful for Gandhari than Vedic. Then you can learn the phonetic shifts & appreciate the resources available, which are aimed at people with Sanskrit already. Some Prakrit exposure might be helpful, too.

I don’t find it that easy to read Gandhari straight off the page as someone with Pali unless the content is familiar. You can have a look at an example for yourself for what might be a familar passage:

This is relatively straightforward, but already you can see some “fun” aspects of Gandhari: savi/sarvi, prañaya/prañaï and magu/mago spelled two different ways in three stanzas, for example.

An example from another text we read with Joe, which is from the raksha genre without a complete parallel and a bit more “off the planet” (i.e. how Gandhari normally makes me feel).
https://gandhari.org/catalog?itemID=2299

I’m not really sure about just picking up Gandhari from exposure, it is an area of study in its own right. Karosthi isn’t the world’s easiest script, I don’t know that I could understand simple things like, “how do we know if it’s a fricativised s or a post-consonantal r”? And “how do we know if that is ink or a lenticel?” Without having talked it through/watched experts talk it through/attempt to replicate manuscript folds with origami.

If you would like to see what things you can read in Gandhari, you could check out the corpus at Gandhari.org. Gandhari.org – Catalog of Gāndhārī Texts Whether it is “worth it” is a very individual thing.

If you just wanted a taste first, Richard Salomon’s “Buddhist Literature of Ancient Gandhara” is a nice intro, as already mentioned by @stephenk. I have other reading lists I could share too if people are interested.

Thank you, venerable! This is helpful. Going to see if I can get my hands on Salomon’s book and see how things feel as I progress through Pali/Sanskrit. I may contact Joe as well.