Generosity in Buddhism (paper and dhammatalk)

Namo Buddhāya!
I wanted to briefly share some material elaborating the concept of dāna in Theravāda Buddhism.
The respective paper (23 pp.) and talk (ca. 1 hour) highlight some of the general characteristics, manifestations, functions and causes of dāna, which translates as “giving” from the Pāḷi. The various factors that make for the defectiveness or accomplishment in giving – as it relates to the gift itself, the donor and the recipient – are also thrown into relief. A considerable portion is devoted to presenting the graded benefits to be expected for someone who engages in giving. They also makes known in what relationship dāna stands to meditation (bhāvanā). Therewith, they establishes the centrality of the practice and perfection of dāna in the context of attaining happiness within the rounds of rebirth and the freedom from such by means of enlightenment.

In case of interest, here the links.

-(PDF) Lectures on Dhamma (No. 1) - Understanding, Practicing and Perfecting the Practice of Giving as Laid out in Pāḷi Buddhist Literature | A. Bhikkhu - Academia.edu 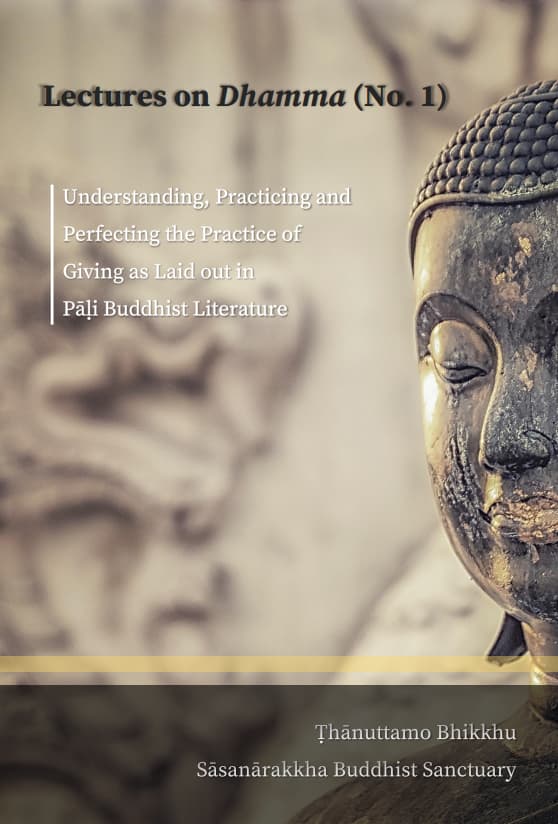 May the power of the Gems bless you!
A. Bhikkhu