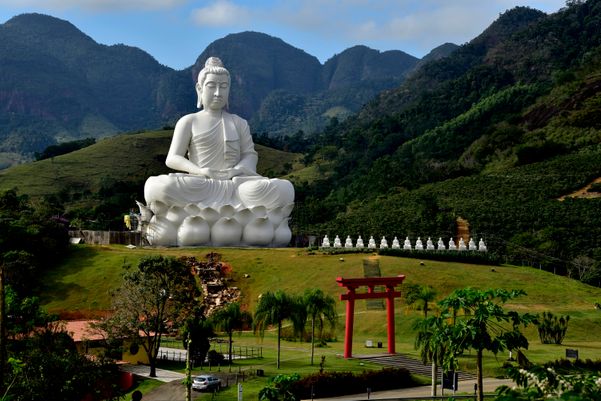 Giant Buddha in Ibiraçu will be inaugurated at the end of August; see the date
To the report of A Gazeta, the monk Daiju Bitti informed when the official inauguration will take place. Solemnity will be open to the public

Giant Buddha in ES should be ready in September
According to the Zen Buddhist Monastery of Ibiraçu, the forecast is for the works to be completed in September.

Giant Buddha in Ibiraçu, ES, attracts visitors and impresses for being the second largest in the world
The statue stands at the entrance to the Zen Buddhist monastery and it took over a year to complete. There are 350 tons of iron, steel and concrete that have become the newest tourist spot in the state. 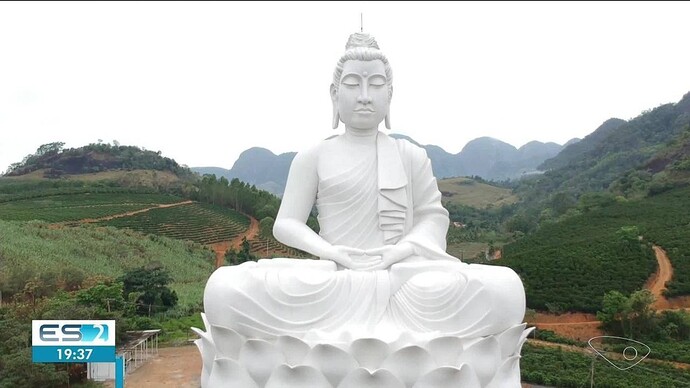 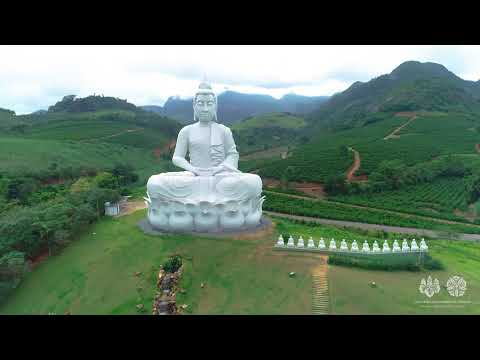 This is a Japanese monastery:

“The Morro da Vargem Zen Monastery was established following the secular Soto Zen School, introduced in Japan in the 13th century by Master Dogen Zenji (1200-1253), founder of Eihei-ji Monastery in 1244. Throughout his life, Master Dogen emphasized the importance of the simplicity, discipline and practice of Zazen, Non-Action.”—Internet 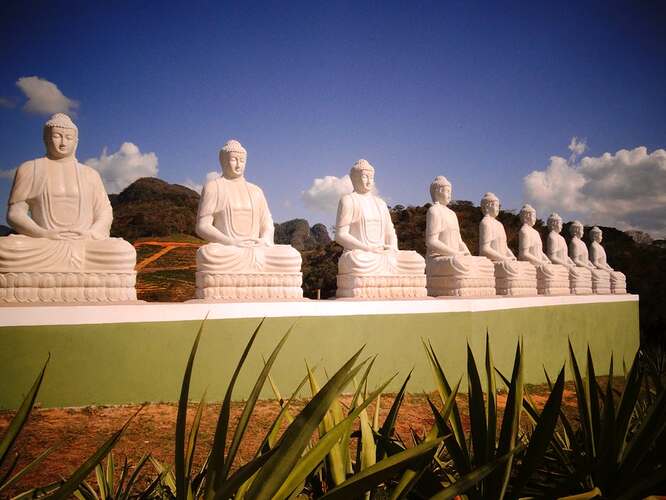 Almost a two-hour drive away from Grande Vitória, the main metropolitan region in Espírito Santo, there is a peaceful and natural place different from what you see most of the time in this area. It is a zen monastery, called Mosteiro Zen Morro...

Giant Statue of the Buddha To Be Inaugurated in Brazil

A giant statue of the Buddha—believed to be the largest in the Western world—is scheduled to be inaugurated in Brazil later this month with a formal Buddhist ceremony at Morro da Vargem Zen Monastery in Ibiraçu Municipality, in the state of Espírito Santo.

Standing 38 meters tall—the same height as the iconic image of Christ the Redeemer, which overlooks the city of Rio de Janeiro—the statue of the seated Buddha took more than a year to complete. It was originally scheduled to be unveiled in September 2020, but this was postponed due to technical delays and because of the COVID-19 pandemic to January this year.

Mosteiro Zen Morro da Vargem was the first Zen Buddhist monastery to be established in South America. Founded in 1974 by the monk Ryotan Tokuda, the monastery, which sits at an elevation of 350 meters, trains monks according to traditional Soto Zen and environmental education. It sits on a site spread over 150 hectares, including 140 hectares that has been set aside for forest conservation and reforestation.

It is inspiring to see Buddhism outside of Asia, Europe, and North America.

Now we can fight the giant Jesus fair and square