tried a chinese website to translate a part of a text in the Chinese tripitaka. I don’t know but it sounds good translated. It’s still fun. And you recognize somewhat good translation based on that it’s Buddhist teachings. Some work of course mixed Chinese Google Translate vs Chinese translations website.

Answering the death of the recent Buddha ’s residence. Repeatedly, He Heng made his defense with the Buddha. It means that when the bodhisattva was born, he was born in the city and became a monk, ascetic practice, and even when he became a Buddha and turned to Falun.

Answer the question of where the Buddha lived recently. Again and again, he always followed the Buddha to defend the past. It refers to the time when a Bodhisattva is born to become a monk in the city, practices asceticism and even becomes a Buddha and turns into a Dharma wheel. Follow the order of constant protection. I’m glad to see that Tathagata turns Falun
Be enthusiastic. Since the beginning of the Qing Dynasty, I’ve done a lot of credit, so I’ll sing first.

I actually tried the second recommended website. Since I knew google was bad. 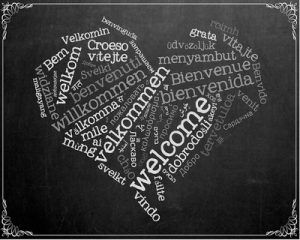 Do you want to translate to and from Chinese for free? For all levels from beginner to advanced, we discuss the top free online Chinese translators.

Have to try other to experiment.

I suspect this has to do with the fact that Chinese you have in the canon is a bit outdated.
It is similar to trying to read (or translate) from a 500-years old Bible!

Talking about that. I was trying to translate this today. Google. German to English is better than English to uncommon language. I think. Can someone confirm the translation. Just to check.

This process must have taken place before the appearance of Buddhism, in whose oldest monuments there is often talk of the god Brahman, who there with an epithet difficult to interpret as J3rahmä Sahapatih or BraJtmä Sahämpatih, for example: dear Lord, the Lord of Forces "(gen. Plur. from the root saJf, formed analogously, like Brihaspati from the root brih) appears.