How can sukkha-vipassaka be possible?

I’m confused. Is this correct explained?

Term used in Pāli sources to refer, according to the commentaries, to those who become Arhats through insight (vipaśyanā) alone without attaining any of the levels of trance (dhyāna). 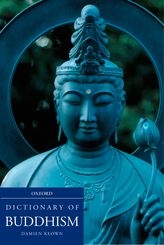 "dry-visioned Arhats" published on by null.

It’s a commentarial concept, which many, including me, would say has no basis in the suttas.

I understand already. It seems to come from early Abhidhamma movement. Focus on Vipassana.

AN4.93:3.1: As for the person who has discernment but not serenity: grounded on discernment, they should practice meditation to get serenity. After some time they have both discernment and serenity.

Sariputta was quite discerning. He also meditated.

Is that the word?

Then it makes sense that Abhidhamma is from Sāriputta tradition and focused on Vipassana.

Can you explain more in modern words?
Is there another different translation?

. Sāriputta group are of great wisdom. I read this morning in Samyutta

And we know he trains for Stream-entry from sutta

So what I don’t understand is that Buddhaghosa said there was Arahants not chosen in the 1 council because they where Dry visioned Arahants. Meaning Sukkha-vipassaka

But what do I have to notice in my practice to be a sign that I am able to practice the Abhidharma path?

sign that I am able to practice the Abhidharma path?

Hmm. I only study the suttas, so the following may or may not address your question.

The suttas describe three practice categories that support each other: ethics, immersion and wisdom. Together, these three categories make up the Noble Eightfold Path. To ignore any of these categories is to leave the path.

However, the Buddha also said that people have different faculties.

MN64:16.1: “Sir, if this is the path and the practice for giving up the five lower fetters, how come some mendicants here are released in heart while others are released by wisdom?”
MN64:16.2: “In that case, I say it is the diversity of their faculties.”

One needs to strengthen the weaker practices. For me, I started with Zen immersion and got stuck. Only reading the suttas allowed me to make progress on ethics and wisdom. And after much study of ethics and wisdom, I can start integrating the three properly.

I plan on reading the Abhidhamma after I study the suttas. I find the suttas to be more clear and helpful.

I think that gives the answer.

I believe the ones liberated by wisdom as I read somewhere else Buddha said the one that is good in Samadhi but bad in Insight has to go to someone to learn Insight. With your shared quotes it made more sense now.

So if you are good in Insight but bad in Samadhi. You have to go to the person good in Samadhi.

So here we can see the dependent on good friends in Buddha sasana.

Now I understand. Since it is said that Sāriputta teach for Stream-entry. I believe as tradition that he started Abhidhamma tradition. The focus is on Insight first. Understanding impermanence through knowing the elements or divisions. The understanding of Abhidhamma brings Insight to certain degree. Probably Stream-entry. But then those students goes to the students that focus on samadhi and Insight. (Their nature made them able to practice both)

So it’s not possible for everyone to practice the same. We have to know actually who can help us. Meaning what each person mastery is in.

There is the ones that can samadhi only in the beginning.

Some that knows Insight

So we have here a teaching of dependent origination.

Because of people that know Insight people that don’t know insight learn insight. And so with others

We have to work together towards the goal.

It’s a commentarial concept, which many, including me, would say has no basis in the suttas.

Bhante, How do you understand the named “white lotus ascetic” here?:

And how is a person a white lotus ascetic? It’s when a mendicant realizes the undefiled freedom of heart and freedom by wisdom in this very life. And they live having realized it with their own insight due to the ending of defilements. But they don’t have direct meditative experience of the eight liberations. That’s how a person is a white lotus ascetic.

And these Eight Liberations are:

Thanks for sharing. I think that’s my real answer

That’s crazy to my mind. ** white lotus ascetic **
Sounds like the Mahayana sutras. And Pink.

is Theravada not Mahayana. Maybe at those times those different lotus colour has different meanings or purposes like today still happens with the different flowers according colour. And from here the names.

I understand. I was just saying. But really thanks for sharing the sutta

anyway note only one Sutta is not enough solution for everybody. People think in different ways in this issue.

Yeah for sure. I’m kind sad. I truly believe we had much more suttas. But they are now lost.

yes, it is clear inside the Suttas there is not a proportional space for all was the Buddha taught at their times. Although that’s what we have.

Aha! Thanks for the quote. This also appears in DN33 and I hadn’t yet studied it. I’ve added “lotus ascetic” to the Voice examples.

also the Buddha said in one Sutta (I don’t remember), when he was still Siddharta, in his home, they had ponds with lotus, each pond of these same colours. Very probably these colours had some meaning and later he used these again (or the Suttas compilers) for the different ascetics. The colours meanings are very ancient in India, with references thousand years old in the puranas and etc.

This is quite interesting regarding the different groups of disciples inside the Buddha Sangha devoted to specific teachings or approaches, which existence is very clear from other Suttas. And those with a wisdom, dry, or sukkha-vipasaka approach, probably one of them.

There is no investigation about these traces around lotus colours, at least in my knwoledge.

no investigation about these

White is pristine, unmarked–without defilements. Pink is the mark of vibrant life. This is a simple, possibly useful perspective.