DN 19 Mahāgovinda offers one of the most interesting and developed perspectives on ancient Indian geography. Just as a primer here, in the EBTs there is little concept of “India” as a whole; what is known is the Gangetic valley, with little said of the regions below the Deccan. DN 19 to some extent extends this, but the details are a not easy to figure out.

DN 19 does not use the normal term for India, jambudīpa. Instead, it uses mahāpathavi “great land”, which may or may not be significant.

It calls upon the Great Steward to evenly divide the “great land” into seven kingdoms, which are named, together with the people who inhabit them:

So far, this is pretty straightforward. You can see most of these on our map of ancient india. The exception is Sovīra, which is obscure, but is said to be in the region of modern Surat. These verses, incidentally, are also preserved in the Mahavastu at Mvu 85; @vimala, can you add Mvu 85 as a resembling parallel to DN 19?

As you can see, the countries are grouped in a roundish shape. This is relevant, because the text specifies that the “great land” is broad at the north and like the front of a cart to the south (imaṃ mahāpathaviṃ uttarena āyataṃ dakkhiṇena sakaṭamukhaṃ).

The phrase sakaṭamukha was regarded by Rhys Davids as too uncertain to translate. However the meaning has been clarified since then. It is identical in Taisho 8: 其界廣闊。正南南隅，其界狹略，猶如車形. Another Chinese parallel is briefer, but has the same idea: 此閻浮提地， 內廣外狹.

Now, this seems clear enough, since the shape of India is indeed broad in the north and narrow, like the front of a cart, in the south. We know this, because, well, there it is on the map. But did the people of the Buddha’s time know this? I’m not aware of any evidence. There are a number of places in the EBTs where the ocean to the south is spoken of, but they don’t speak of a narrowing. The obvious reading is to say that they must have known this, because this passage shows it. I’m not sure if there’s anything on this in the old Upanishads.

But, as we have just seen, the “great land” does not, in fact, narrow to the south. If anything, it is narrower to the north. The distance between Kaliṅga and Assaka is about 1500 kms; between Varanasi and Campa, about 600 kms.

This brings us to the second use of sakaṭamukha. This is enigmatic; Walshe silently omits this phrase. It is, however, described extensively in the commmentary, so it must be regarded as part of the text.

After the Steward divides the land it is said:

As I said, the commentary on this is substantial, and I won’t try to translate it all. But there are some useful details. First, it says that “all” here refers to the six nations apart from Renu’s, which seems reasonable. It says that each of the nations intersects with Renu’s, which was at the middle like a canopy (vitānasadisaṃ). It then goes on to explain why this arrangement was useful. But the image that struck me was that of a canopy or umbrella. It must be something like this: 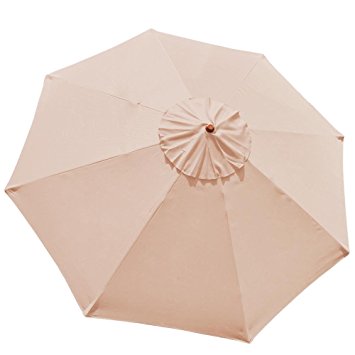 Each of the six nations is like a segment, and they all converge on Renu’s in the middle. Now, the way the kingdoms are laid out doesn’t really support this, and there is no obvious central kingdom. If anything, it should be Varanasi, but Renu is said to be king of Mithila in the north. Anyway, if you kind of squint a lot and don’t ask too many questions, you can maybe see what it’s getting at. So I think this sorts out the sense of “All were set up as cart-fronts”. But it still leaves open the question of whether the whole of India was regarded as shaped like this. Maybe the shape of the nations was inspired by the shape of the continent as a whole; it was a template for them.

It’s already in, but as a full parallel. I think we have discussed this last year: