How to make a fruitful five-spirit offering, especially to ancestors and deities AN 4.61?

The Buddha teaches the householder Anāthapiṇḍika that one of the right uses of wealth is to make a five-spirit offering AN 4.61. Are there other suttas or resources that describe in some detail how to make an offering to ancestors and deities that is fruitful, especially to the recipient? Perhaps a longstanding custom would be a reliable resource. If you have any other information about this topic, I’d be happy to hear about it. Thank you.

AN 4.63 Seems to suggest that honoring one’s parents is an offering to deities/gods, but I’m not sure. For example:

“A family where the children honor their parents in their home is said to live with those worthy of offerings dedicated to the gods.”

There are other sections of the sutta that supports this hypothesis.

Are there other suttas or resources that describe in some detail how to make an offering to ancestors and deities that is fruitful, especially to the recipient?

Bali: any offering or propitiatory oblation (esp. an offering of portions of food, such as grain, rice &c., to certain gods, semi-divine beings, household divinities, spirits, men, birds, other animals and all creatures including even lifeless objects ; it is made before the daily meal by arranging portions of food in a circle or by throwing them into the air outside the house or into the sacred fire; it is also called bhūta-yajña and was one of the 5 mahā-yajñas, or great devotional acts ; cf. RTL. 411, 421) Gṛ̥hya and Śrauta-Sūtra. Manusmṛti. (esp. iii, 69, 71) Mahābhārata. &c. (often ifc. with the object, the receiver, the time, or the place of the offering). 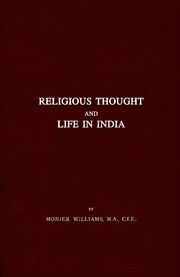 Are there other suttas or resources that describe in some detail how to make an offering to ancestors and deities that is fruitful, especially to the recipient?

The sutta-term pañcabali is not of Vedic origin. Possibly indeed the Vedic pañcaiva mahāyajñā (the five daily sacrifices) is meant. This custom is not ancient either. It is described for the first time in ŚB 11.5.6.1, a layer of texts not too long before the Buddha, but the five items are different here: to beings (bhūtayajña), to human beings (manuṣyayajña), to the Fathers (pitṛyajña), to the Devas (devayajña), and to Brahman (brahmayajña).

A little later (not sure if pre-Buddha) in the Vaikhanasa Grhya Sutra 6.17 the same daily ritual described a bit differently: