I usually use Chrome, but tried using discourse on IE 11 (on Windows 7 SP1) with these results: 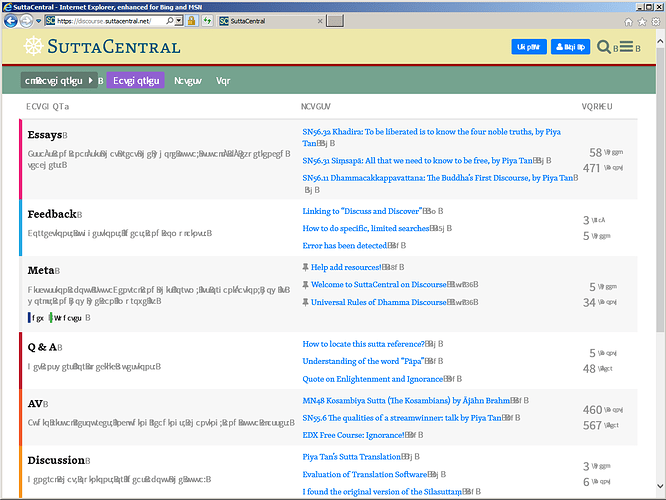 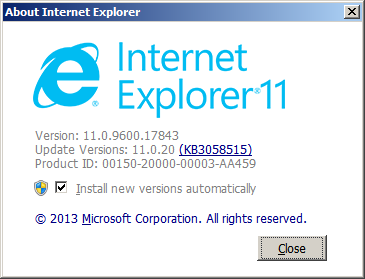 Thanks for the feedback. No idea what the issue is here, but we don’t build Discourse so there’s not much we can do about it. We’ve only made minor changes to the basic Discourse CSS, and nothing that should cause these problems. Are you seeing similar issues on other Discourse instances, eg

https://meta.discourse.org/ works fine in IE - see below. I’ve just checked https://discourse.suttacentral.net again with IE, and it is still the same as yesterday. I wonder if anyone else can check this out? 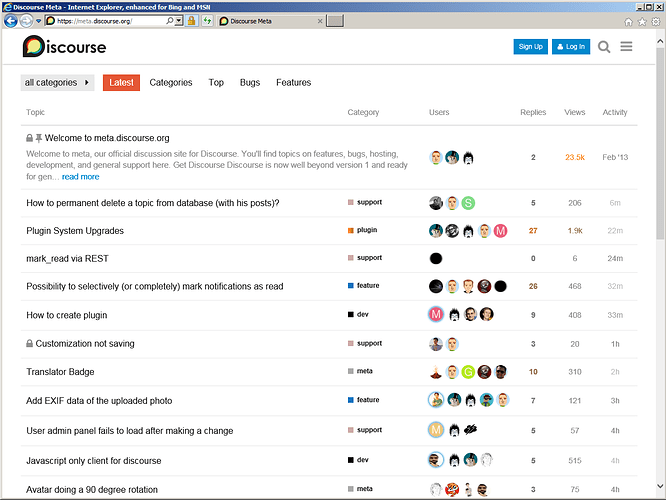 It seems that it’s garbling the Source Sans Pro font for some reason. I have no idea why this might happen; normally if a font is not delivered properly it’ll just fall back to a default. I wonder what the encoding on your browser is set to?

Fortuitously a windows 7 (home) laptop just appeared in my vicinity, so I could test it on that and the laptop has no problem using the same version of IE and same encoding.

It must be something else local on my windows 7 (ultimate) desktop.

No worries, let us know if you find out what the issue is.

could be a result of some hidden agenda