Images of the Buddha

Had a quick look on google images and found it here:

Instead of doing a word search you can upload the image itself to Google and it will track down any images resembling it. It’s been posted on dozens of sites. It will probably be difficult to find the original painting because the style (Sri Lankan-cum-Ambedkarite) is one that’s been spreading like wildfire in Buddhist Asia in the last couple of decades.

OK, that’s cool! Hadn’t realized one could do that.

One book I read suggested that their is a likely image of Ashoka in the carvings from Sanchi. Although Sanchi post-dates Ashoka the history was still in living memory. From these carvings we get the impression that Ashoka had a bent back and a pot-belly. 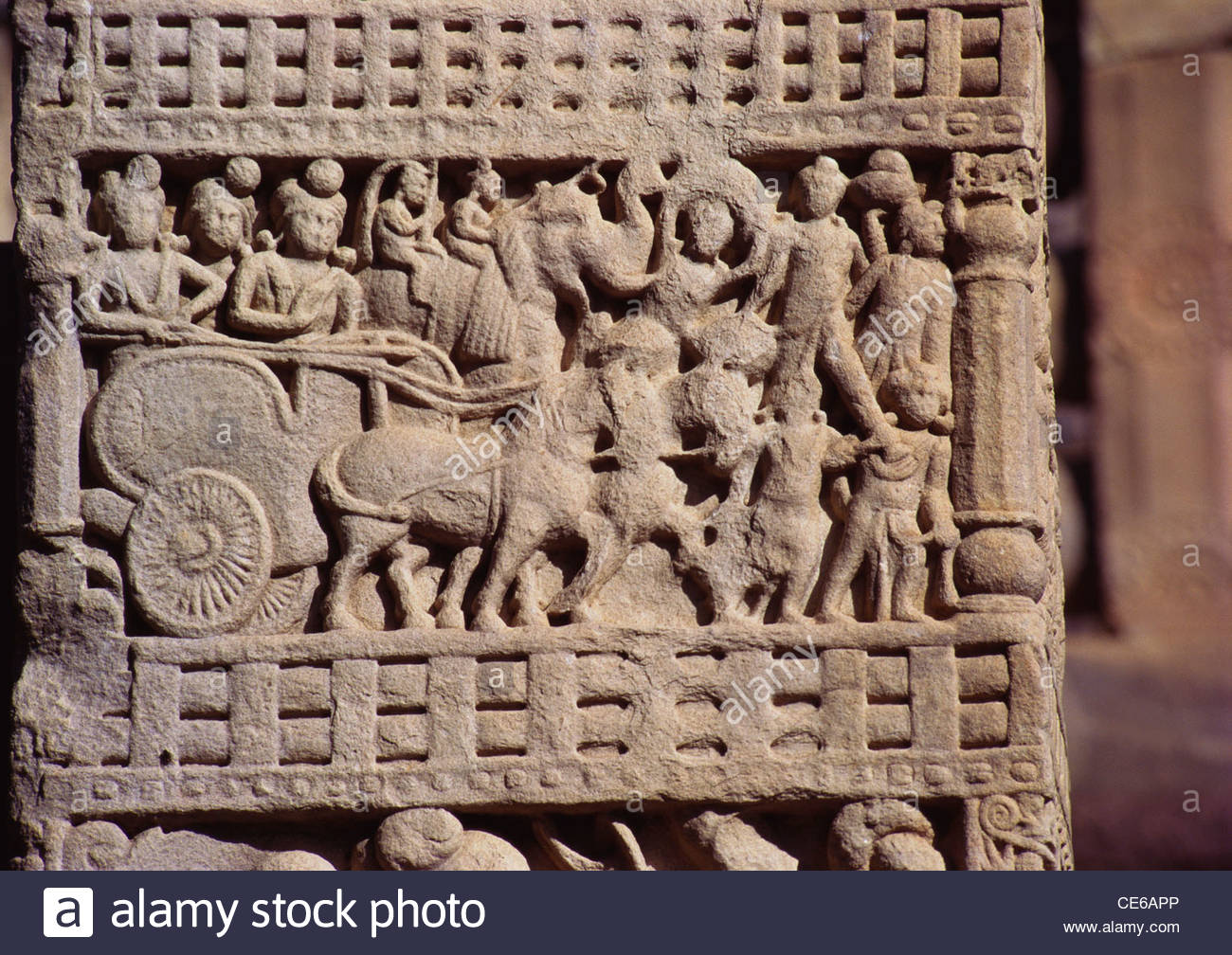 Image Problems is an interesting book on this subject: http://www.washington.edu/uwpress/search/books/DECIMA.html

This is turning out to be quite an interesting search project. I left a comment for cognarchae to see where he got his copy. Hope to hear from others on discourse who might have leads.

Instead of doing a word search you can upload the image itself to Google and it will track down any images resembling it.

Furthermore, if you’re using Chrome you can right-click on an image and do:
"Search Google for image"
directly.

Ashoka had a bent back and a pot-belly.

I can’t see that.
I think he had a six-pack

I think there is a carving of him making a bow by the Bodhi Tree or it might be the removal of the Buddha’s ashes. This study I read said he may have been an ugly little guy - with a big heart.

Different images relevant to Buddha are widely developed and accepted within the Buddhist traditions and beyond. These image worships, symbolising Buddha or Buddhist practices, are also regarded as idol worships by some other religions.

I think certain writing/words possibly can be used in Buddhist shrine/altar to replace symbolic Buddha images for devotional practice; e.g. these words: Namo tassa bhagavato arahato sammāsambuddhassa; or others.

Out of nowhere these unparalleled and perfect expressions of artistic and creative accomplishment just appear.

Alternatively Persian – Lion Capital of Ashoka - Wikipedia – and that there was wooden sculpture, but those haven’t survived the millennia.

Can anyone identify the original location of this file?

Ah, I have the answer for this! They are paintings by an artist named Vasudeo Kamath. He is quite prolific doing both Buddhist and Hindu artwork. The originals are on display at the global Vipassana pagoda in Borivali, mumbai. Supposedly you can buy an art print book in their gift shop.

If you want to use them in a project, you can get permission from the Global Vipassana Pagoda.

They don’t have the images on their website, but I found a blurry photo of the art gallery there where the originals are displayed: Pagoda Pictures | Global Vipassana Pagoda

PS The new link for the book is - Image Problems

That’s the first answer I have seen on my question and I thank you. However, I’m unsure how you arrived at that information. Is it maybe in the book Khemarato.bhikkhu mentions?

However, I’m unsure how you arrived at that information. Is it maybe in the book Khemarato.bhikkhu mentions?

You want me to reveal all my secrets?

I was working on a project with a monk in Sri Lanka and he was determined to use large versions of these images. I honestly can’t remember, but I assume he used non-internet methods to track them down. I had given up, but he didn’t. He even found the email of the artist.

The paintings are indeed extremely detailed. They are quite a joy to look at.