What is the difference between immersion and mindfulness?
[self-deprecating humor omitted for brevity].

Based on descriptions of the seven awakening factors, immersion > mindfulness but I’m unclear on the difference.

Bonus points if you use a simile to explain!

Not correct. The seven factors of awakening taken in linear sequence are divided into two groups, the active and passive, with mindfulness the governing factor (SN 46.53). Tranquillity, concentration and equanimity constitute the passive group (immersion), however careful note should be made of the fact that tranquillity and not necessarily “immersion” is a factor of awakening.

The seven factors of awakening are the supreme components of the path and it’s significant in them that insight precedes serenity, because it indicates the preferred sequence, but that’s not always the case:

"There’s a passage, for instance, describing three ways in which samatha and vipassana can work together to lead to the knowledge of Awakening: either samatha precedes vipassana, vipassana precedes samatha, or they develop in tandem (AN 4.170). The wording suggests an image of two oxen pulling a cart: one is placed before the other or they are yoked side-by-side. Another passage (AN 4.94) indicates that if samatha precedes vipassana — or vipassana, samatha — one’s practice is in a state of imbalance and needs to be rectified. A meditator who has attained a measure of samatha, but no “vipassana into events based on heightened discernment (adhipañña-dhamma-vipassana)," should question a fellow meditator who has attained vipassana: “How should fabrications (sankhara) be regarded? How should they be investigated? How should they be viewed with insight?” and then develop vipassana in line with that person’s instructions. The verbs in these questions — “regarding,” “investigating,” “seeing” — indicate that there’s more to the process of developing vipassana than a simple mindfulness technique. In fact, as we will see below, these verbs apply instead to a process of skillful questioning called “appropriate attention.””—Thanissaro

In what order they are developed depends on temperament, and an overemphasis on one or the other causes imbalance in the spiritual faculties which inhibits progress. Too much development of insight results in mental overactivity leading to anxiety, and too much serenity results in lack of application. The three unwholesome roots consist of greed and hatred, which are emotional defilements, and ignorance which is mental:

"These two qualities have a share in clear knowing. Which two? Tranquillity (samatha) & insight (vipassana).

This action on two fronts is also why in the noble eightfold path right resolve combines with right view to constitute the wisdom segment of the path.

Paul, this is fantastic - thank you. You answered a more important question than the one I asked; this is essential stuff hey, and makes so much sense when reading SN46.53. I don’t think I’d seen that sluggish/amped-mind categorization before, nor the idea that there’s an optimal time to work with each set. Earlier today, I walked though the supermarket just thinking “rupa, rupa, rupa, anicca, anicca, anicca”… then while walking home I commented to myself that I felt “fizzy”, i.e just maxed out on dhamma talks, suttas etc. Your reference to SN46.53 is very timely, time for me to calm down a tad

Not to detract from the above, my question is far more low-brow. I’m actually just unclear on what immersion is. Who or what is being immersed in what?

My current best guess is something along the lines of a Radiohead quote “For a minute there, I lost myself”.

I’m actually just unclear on what immersion is. Who or what is being immersed in what?

I really like immersion as a translation for samādhi as it suggests a very deep and personal experience.

As I understand, immersion is meant to be more something which results from a certain momentum of the path than the more discrete and strongly volitional factors of the path such as for example right thought or right action or livelihood.

I avoid tagging the heavyweight for two reasons - mainly that his fingers must already be worn down to stubs. I also feel like I read a sutta recently where the Buddha said (and I paraphrase) “That guy doesn’t hassle me about the teachings, he just gets on with it”. Found it:

Mendicants, Pukkusāti was astute. He practiced in line with the teachings, and did not trouble me about the teachings.

I’m happy with this; I’m understanding samādhi as a (hopefully) result rather than something one ‘does’ unless I hear otherwise.

That guy doesn’t hassle me about the teachings, he just gets on with it”. Found it

Watch out for Holy Cows… they lie in wait for guys who see through the Bull Shit of Samsara!! 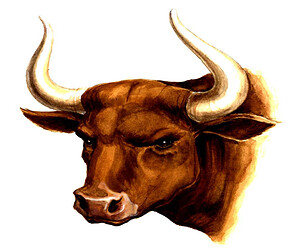 Then there is a deeper state of mind commonly known as the Zone. You may or may not have experienced it… artists, musicians, athletes, and (yes!) surgeons talk about it. The Zone cannot be forced to happen… it just takes over when it does. This state is indescribable… its like time begins to slow down yet one is perfectly wakeful, everything becomes crystal clear without any overt thinking, one’s movements become effortless and somehow just perfect, the difference between subject and object begins to blur… the Mind is immersed in the Flow … this is the way towards Samadhi.

I know what you mean. My biggest difficulty out of 10 precepts would be giving up music, both playing and listening. This is what I’m finding so beautiful and helpful with Buddhism - it’s gradual and gentle. Bante @Akaliko calmed me down regarding abandonment of music.…

This has been helpful guys, cheers.