Dhammaruwan cases can reveal to us a lot of the development of The Pali lineage at India if it was earlier just imagine.

To me the Indian version that he is chanting is more developed than Pali version. Since it has longer verses in some cases. I imagine Theravadin at South Asia kept more closer to the original. More simple. But we still need a case like his from at least of the time of King Ashoka. I’m going to read the book of Bhikkhu Analayo today. Yesterday I was just comparing the script of his chant with the current version. It’s amazing. Just I was worried of what I said. His chant it’s a good example of how the expansion works. But I think new developments before his last rebirth would have been more interesting to see. But this itself is wonderful

There is hope we will show interest in what we did before.

It seems these cases the monks came back to earth still faster then Dhammaruwan. Dhammaruwan Journey back to earth lasted very long. This a good example of maybe really dedicated religious monks the process of 7 births to Nirvana.

who knows… Or just opposite Dhammaruwan following strict vinaya , dedicated, and stayed longer in blissful realm, then back to earth. I was just thinking about that because one kid reported being a monk and he was longing for his money-bag. There you see the longing is still active. So the craving. That’s why vinaya of not using money is important. 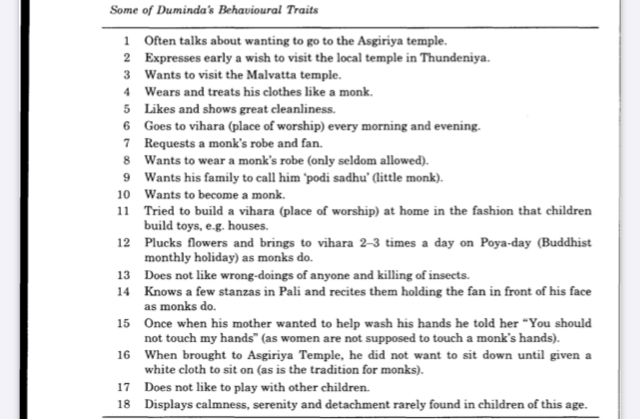 Maybe this is what Buddha meant with keep coming back to earth again and again. Like faster back to earth. While others stay longer in bliss

For people who are unfamiliar with Dhammaruwan’s story, he was a friend of Ven Anālayo’s and is described in the Venerable’s book on Rebirth and briefly here: