In celebration of capitalism

Dear Friends, in a recent discussion with a monk/friend I took issue with his celebration of the fact that people of the Millennial generation have more money. One in 6 have saved at least $100,000.:
“https://l.facebook.com/l.php?u=https%3A%2F%2Fusat.ly%2F2Ga42jt&h=ATMfrOa2DmItkiHAye2PEMd8vo2HumKiFI-P8yMXw7X31UZsL11ysvV00SOjE5VwHnsq3-k_n4SM8iWYOUOMUa0JrEw_CnmVzbdAuWX7z988A68xbthTw8lFbwGOc9uBJxOKmhg_m2wQrpbljTPxc5VoHkaWGUtlv6Cknibcsv6wh9n6RzsaUclsKuB86VXKvwIFDfiSYdjK_dk8MnAah_kW5O9UTcxu89mjxdnCHxeZTVSDNNNQWI5vfSUqzGCewQPw8M_jNx5jFOCSkU8Eyb4mUJkioQIYNAmUKO0jMs2xOlHvVqU”

I’ve copied and pasted his response below, and because I suffer from Life’s Grand Delusion I would love to hear Buddha’s wisdom regarding this subject.

“There is a difference between the monastic path, one of renunciation, and the lay path one of morality and charity. Lay people have to have adequate means to support themselves, family, and holy persons. There is nothing wrong with accumulating wealth for a lay person, as a matter of fact some of the most devote buddhist during the time of the Buddha were what we would now call millionaires such as Anathapindaka and the kings of India at the time. We can also look at the practice of Mudita (altruistic joy ) that is rejoicing in the success of others instead of being cynical or jealous of the successful. You can learn more about this in the Sigalovada Sutta it speaks about the duties of the lay person”

I will avoid going into the differences between capitalism and socialism (and communism), but with the dāna aspect, right livelihood might be closer to socialism.

Anyway DN31 has all sorts of good stuff for living in the world.

And, friends and colleagues so respected reciprocate with compassion in five ways: by protecting you when you are vulnerable, and likewise your wealth, being a refuge when you are afraid, not abandoning you in misfortunes, and honoring all your descendants.

“By dividing wealth into four parts,
True friendships are bound;
One part should be enjoyed;
Two parts invested in business;
And the fourth set aside
Against future misfortunes.”

My friend mentioned this sutta, but when I used the search function nothing came up. Can anyone point me in the right direction? Thanks!?

Can anyone point me in the right direction? Thanks!?

That’s the sutta I quoted above

As someone who lived in a post-socialist society, heard a lot of stories about the Soviet Union and has a Romanian spouse, I can pretty much guarantee you that while socialism sounds more like Right Livelihood in theory, it is its complete opposite in practice. Socialism is based on completely utopian premises ignoring the dukkha and anicca of the human condition, and it always ends badly. Capitalism is far from being a fantastic social ideology, but unfortunately it is by far the best one as of now.

As for the quote @Rosie shared with us, I think bhante is correct in that wealth isn’t bad in and of itself. Having money, nice accommodation and expensive clothes is fine, what’s more important is how you came to have these nice things, how you earned your money and whether there is something in your life beyond the endless pursuit of wealth. If someone does a bad thing, it doesn’t matter whether they are wealthy or not. If someone does a good thing, it also doesn’t matter whether they are wealthy or not. Wealthe is like sexual orientation, gender, religions or ethnicity, it doesn’t matter for kammical evaluation of an action. So, I see no offense in bhante stating the obvious fact that rich people are not necessarily bad and more rich people means more people living a somewhat easier and happier life.

As someone who lived in a post-socialist society, heard a lot of stories about the Soviet Union and has a Romanian spouse, I can pretty much guarantee you that while socialism sounds more like Right Livelihood in theory, it is its complete opposite in practice

Fair enough, I was talking about an economic system with a social safety net (funded by higher taxation) vs countries with almost no social safety-net.

The concept of mudita often comes up in these discussions among Buddhists of socioeconomic issues. But it is often invoked carelessly, in my opinion. Envy is a self-harming attitude, and if something genuinely good and wholesome happens to a person, then one should be glad for them. But that doesn’t mean that one should always be glad for a person whenever they obtain things that the world counts as “success.” If a man achieves, for example, sexual “success” in the seduction of numerous sexual partners, it is self-harming to envy that man. But it would also be a mistake to experience sympathetic joy for him. A more appropriate attitude, for a Buddhist, is kindly compassion for the person who is ensnared by lusts.

The Buddha’s moral outlook, it seems to me, is not organized around the simplistic classification of actions into “right” or “wrong”, but sees actions and states of mind on a scale of better and worse. The highest ideal in the realm of sensual desire is the reduction of those desires to the very minimum level required for the sustenance of life and spiritual practice. Everything short of that is a lesser life.

It is surprising when the diverse forms of socialist thought and practice is reduced to Communism. It’s like a way of whipping up hysteria! My goodness, they are socialists, they might be hiding reds under the bed!

When it comes to the problems associated with late-capitalism, there are to many to think about. Capitalism achieved many great and impressive things in the past but it should not be worshipped like a cult. When situations change dramatically we have to think differently and not insist that we stay with a form of economics that is producing and consuming us out of existence.

The living Earth could absorb the impact of capitalism on it’s life-support systems when there were fewer people who were involved in the enterprise. A time when there was seemingly unlimited natural resources to feed the industry etc. That situation has changed!

The Buddha’s views about the Vaisha’s - the mercantile class - makes good sense if we turn back the clock to a time of natural abundance and simple technology (2600) years ago. Has anything changed since then?

Most of the capitalism in the Buddha’s time - in that region of the subcontinent - would have been farmers markets, potter’s sheds, blacksmiths producing simple technology, cloth merchants, people trading in animals and slaves etc.

Compare that to the modern global economy, it’s technology, the scale of the development and it’s impact - it’s a no brainer! We have a very serious problem to resolve and late-capitalism is an integral part of the problem. It’s the elephant in the room! Blind Freddie could see this?

instead of being cynical or jealous of the successful

This is such a commonplace strawman. The objection is not about people getting rich, it’s about people doing so at the expense of everyone else and the planet as a whole. In other words, it’s about the bad consequences of extreme selfishness born of insatiable greed by people of influence.

In the US, the champions of capitalism, right now only 39% of Americans can afford a $1000 emergency, and 44% can’t afford a $400 one. At the very same time, the richest person in the country has more wealth in his name than the entire GDP of all but 4 of Africa’s 54 countries taken each separately [edit:], wealth that he acquires by very unethical means, harming if not downright destroying countless other small businesses with unfair competition, as well as enforcing horrible work conditions on those who work for him. 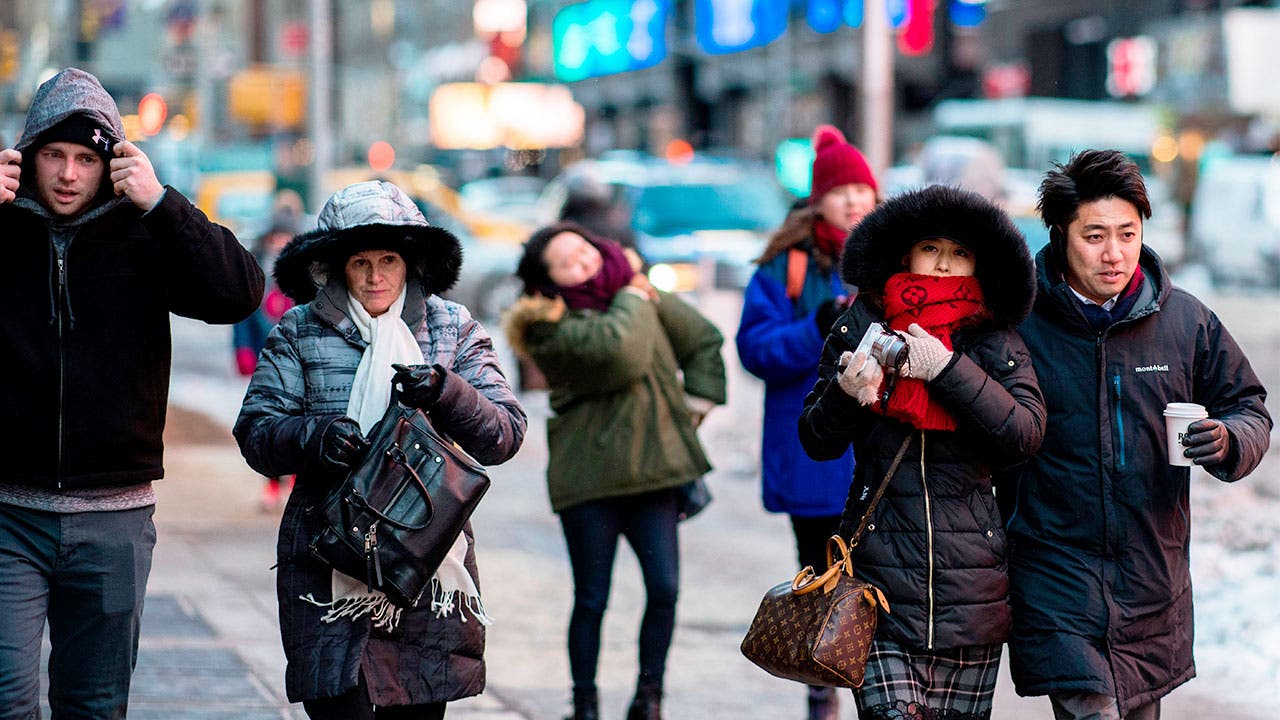 Most Americans Don't Have Enough Savings To Cover A $1K Emergency | Bankrate.com

A Bankrate survey finds unexpected expenses are common, and many of us aren’t prepared.

In 2016, medical expenses were the largest contributor to increasing the number of individuals living in poverty, according to a Census Bureau report. That year, 10.5 million people fell below the poverty line due to medical bills.

… but with the dāna aspect, right livelihood might be closer to socialism.
Anyway DN31 has all sorts of good stuff for living in the world.

And, friends and colleagues so respected reciprocate with compassion in five ways: by protecting you when you are vulnerable, and likewise your wealth, being a refuge when you are afraid, not abandoning you in misfortunes, and honoring all your descendants.
…
“By dividing wealth into four parts,
True friendships are bound;
One part should be enjoyed;
Two parts invested in business;
And the fourth set aside
Against future misfortunes.”

Thus the description is one of “healthy capitalism”. And in as much as the actions are voluntary actions taken by individuals with control of their wealth socialism (at least in that part of the economy) tends to be ruled out.

https://en.wikipedia.org/wiki/Capitalism has a decent description including this note:

There is one element of capitalism that suggests a close affinity to the dharma and sangha.

No economic system, capitalist or non-capitalistic, has solved the problems of power, greed and inhumanity.

A moral defense of capitalism must be able to defend the idea of the free pursuit of self interest. Especially so is a society where Buddhist precepts are voluntary.
Opponents of capitalism attack it on conceptual moral grounds especially around self interest, greed, public interest. Capitalists point to a long history and practical wisdom which shows that happiness and life satisfaction comes from living according to a moral code with a degree of concern for others. People who are narrowly self interested rarely are happy.

As someone who lived in a post-socialist society, heard a lot of stories about the Soviet Union and has a Romanian spouse, I can pretty much guarantee you that while socialism sounds more like Right Livelihood in theory, it is its complete opposite in practice.

Besides the abject poverty and starvation in 2000$ gdp per capita, besides the unimaginable opression, communism is also terrible for human character. It is a system that is designed to produce and encourage corruption and theft.

People from ex-communist countries are infinitelly more corrupt that people from western ones. There are severe character problems that will last for generations that such a system of government brings.

So even if you manage to survive starvation, 2000$ gdp per capita, death in the labor camp for having the wrong opinion, you still will be left with a bad character, or at least some influence in the negative direction to your character.

Because it is a destroyer of people character and virtue, it is an un-buddhist system. So even if it were not to produce extreme poverty, death and opression, it would still be a terrible system.

Buddha’s capitalism incorporates socialism and realism - not everyone can be equally wealthy.

I wondered if providing for the wanderers included Dana and what we would call social welfare:

That is what the Blessed One said. Having said that, the One Well-Gone, the Teacher, said further:

Like water
in a haunted place
that, without being imbibed,
dries up:
such is the wealth
acquired by a worthless person
who neither enjoys it himself
nor gives.
With metta

In my country, even the most extreme right-wing factions would be considered far-left in the US, due to their support for a socialized health care system… It’s probably true as well in most industrialized countries.

In my country, even the most extreme right-wing factions would be considered far-left in the US, due to their support for a socialized health care system… It’s probably true as well in most industrialized countries.

You’re speaking about wealfare capitalism here, not about socialism. Socialism in the sense of “different than capitalism” has died long time ago. Almost everyone today changed to capitalism, since socialism just can’t get you pass the 2000$ gdp per capita mark.

Okay, then obviously we don’t mean the same thing when using this word. So please explicate which definition it is that you go by

@Mat Dana, as a voluntary decision of individuals with control over their wealth, implies capitalism to me.
Perhaps both.

When his wealth is properly put to use …

Reads like the practical wisdom of capitalism to me.
At minimum this isn’t a matter of either / or.